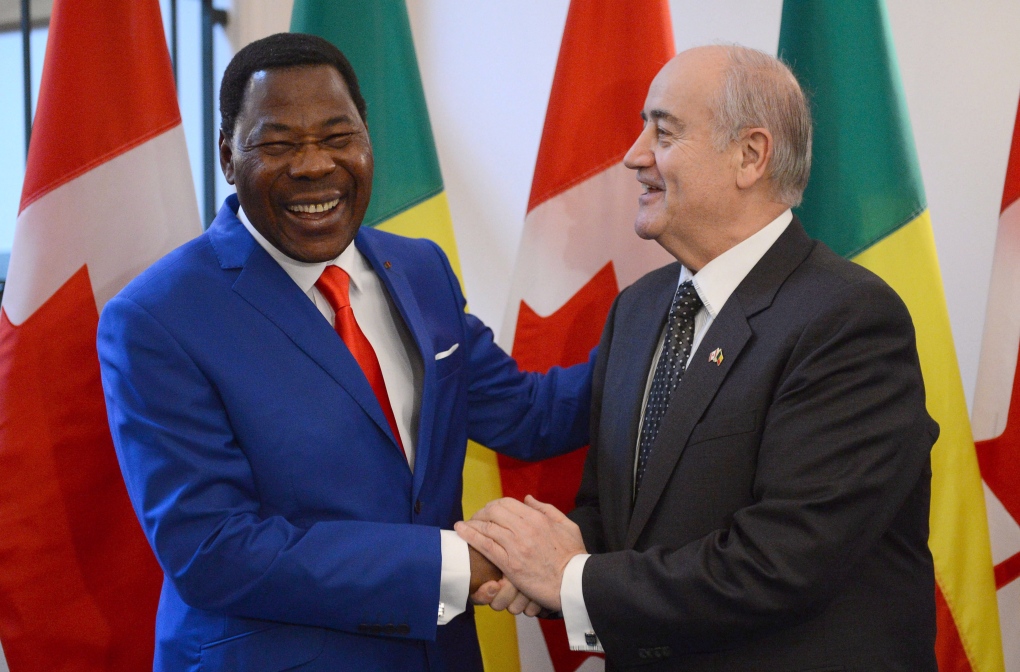 Thomas Boni Yayi, President of the Republic of Benin and Chairperson of the African Union meets with Associate Minister of National Defence Julian Fantino on Parliament Hill in Ottawa on Tuesday, January 8, 2013. (Sean Kilpatrick / THE CANADIAN PRESS)

The minster responsible for Canada’s development work overseas says the federal funds doled out to an anti-gay religious group working in Uganda will support projects overseas, not the organization.

Minister for International Cooperation Julian Fantino responded to criticism in the House of Commons on Monday regarding the $544,813 in funding for Crossroads Christian Communications Inc., an Ontario-based evangelical group.

The funding will be used for the group’s work in Uganda, where it will help dig wells, build latrines and promote hygiene awareness. However, until recently the Crossroads website described homosexuality as a “perversion.”

Canada has previously denounced the widespread homophobia in Uganda, where the government has proposed an anti-gay bill that could include the death penalty for homosexuals.

“How did Christian Crossroads, an anti-gay organization, get the sign-off from the minister to operate in a country that Canada has strongly criticized for it persecution of its gay citizens,” asked NDP MP Helene Laverdiere.

However, Fantino, who oversees the Canadian International Development Agency, said the funding for Crossroads has nothing to do with the group’s religious views.

“We fund results-based projects, not organizations,” he said Monday. “And religion has nothing to do with any of that.”

On Sunday, Fantino tweeted that officials will review the organization before further payments to Crossroads are made.

A recent study by the Canadian Research Institute on Humanitarian Crisis and Aid found that between 2005 and 2010 funding for religious non-government organizations increased 42 per cent, while secular groups saw an increase of five per cent.