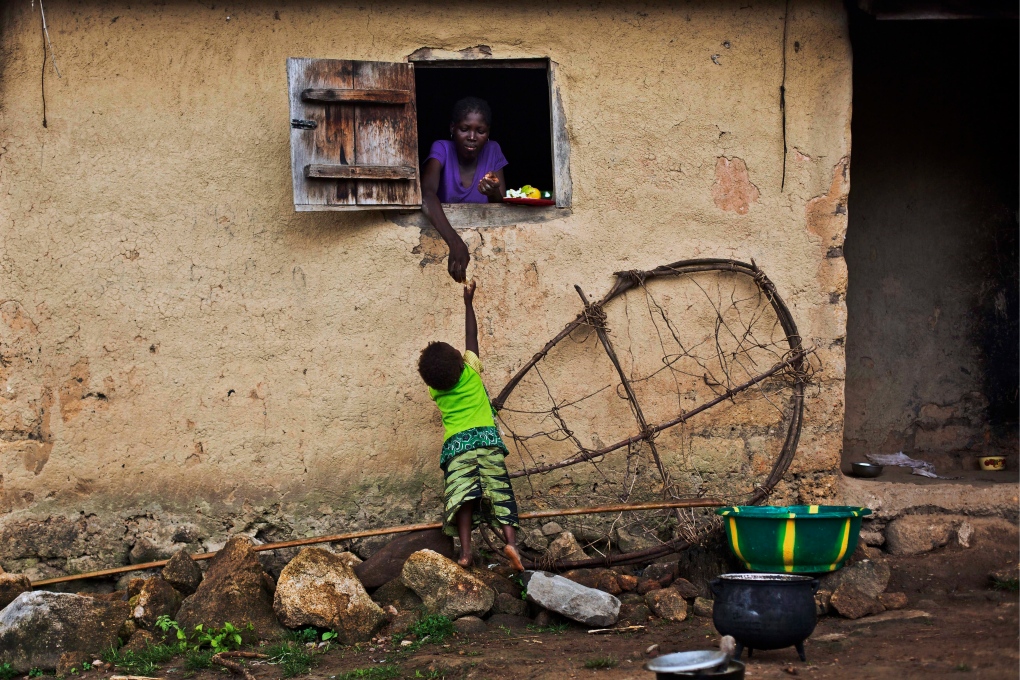 A child grabs food from a woman in the Guinean village of Meliandou, some 600 kilometres south-east of Conakry, Guinea, believed to be Ebola's ground zero. (AP / Jerome Delay)

CONAKRY, Guinea -- Authorities are starting the countdown to the end of Ebola in Guinea, the West African country where the epidemic that killed more than 11,000 people first began nearly two years ago.

The country must go 42 days without another case before authorities from the World Health Organization will say that Ebola transmission has ended in Guinea.

The other two countries hardest hit by the virus -- Sierra Leone and Liberia -- already have reached that benchmark but authorities in Guinea said they continued to face resistance in fearful communities.

More than 2,500 people died in Guinea from West Africa's Ebola outbreak which orphaned thousands of children in the region.