Fiona left an impressionable mark on Canada’s east coast as the category 4 hurricane turned post-tropical cyclone storm made landfall over the weekend.

As recovery efforts continue and the provinces assess the storm’s damage, CTVNews.ca looks at the data behind the destruction.

The strong and long-lasting winds were enough to break a new record in Canada’s history of storm pressure. Extreme weather events often have a low pressure field in the north and east sections of a storm, which in turn strengthens the wind. Early data from Environment Canada’s Hurricane Centre (CHC) indicate the storm’s pressure in Nova Scotia’s Hart Island reached 932.7 millibars and 932.8 millibars in East Chedabucto Bay.

Dan Kottlowksi, meteorologist and lead hurricane forecaster at Accuweather says this was a new record for Canada, which had only previously reached a low of 940.2 millibars.

“We've never seen a storm with that low of pressure ever, from what we've been able to measure out throughout history,” Kottlowski said in a phone interview with CTVNews.ca on Monday.

The CHC also reported wind gusts across Nova Scotia, including Sydney, St. Paul Island and Halifax, ranging from 111 km/h to 158 km/h. Winds in Newfoundland were also extremely strong, particularly in Wreckhouse where wind speeds of up to 177 km/h were recorded, while in Port aux Basques, where nearby homes were washed away in a storm surge, there were reported gales of 114 km/h. 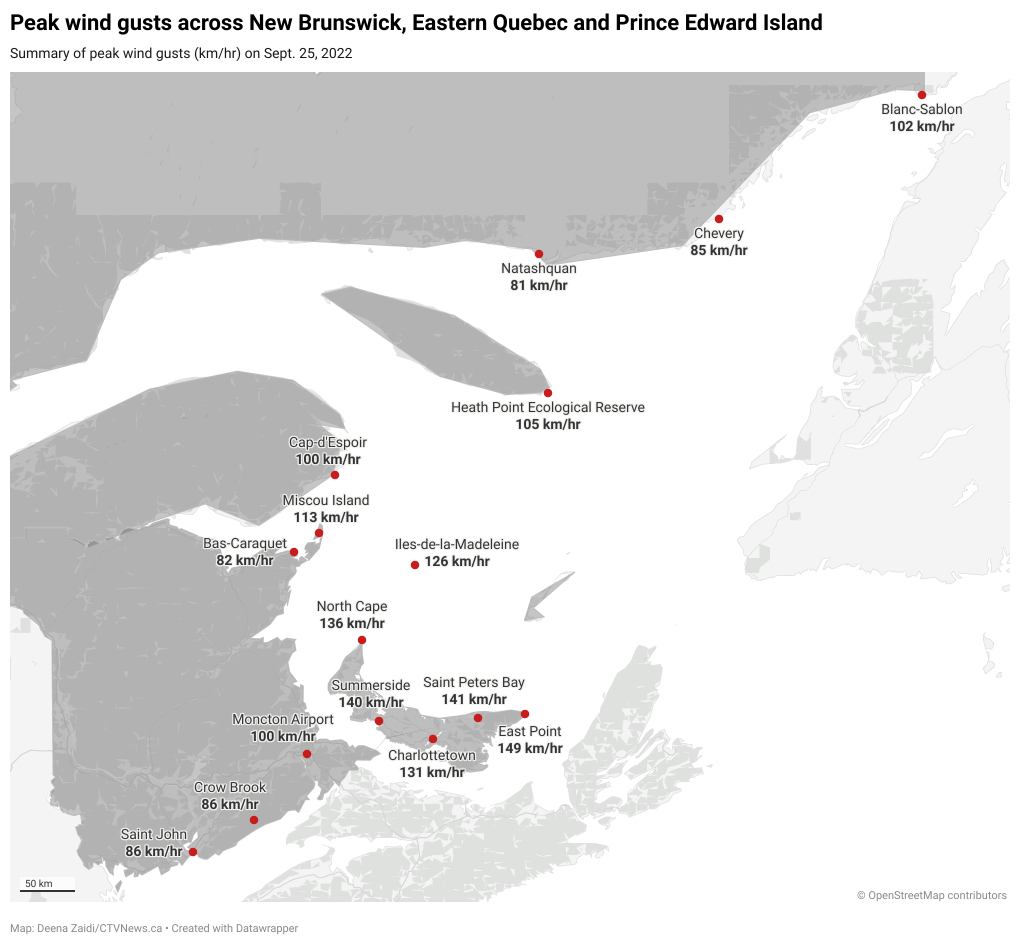 Kottlowski says the strength of the winds was not the only major reason for the damage left behind, but it was also its staying power. 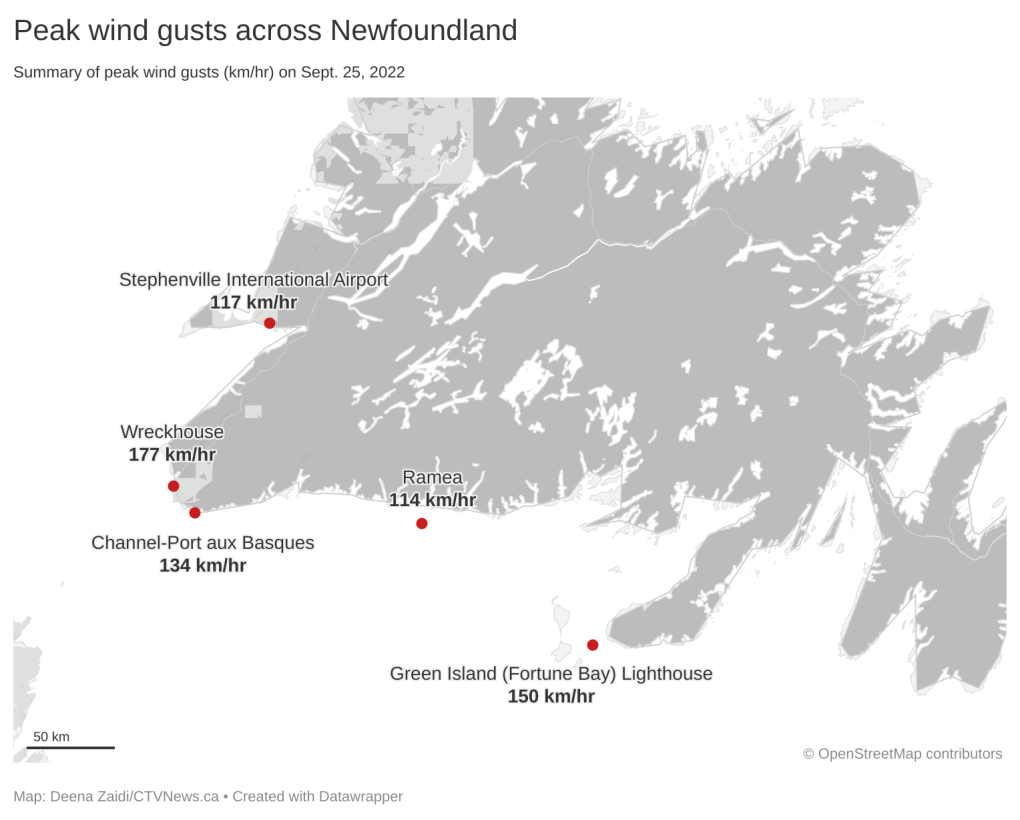 Kottlowski described the storm surges as “phenomenal” as reports of wind blowing over the water created surges that reached as high as five metres. Comparing its power to Hurricane Juan from 2003, he says Fiona was the worst storm in history to go through this specific Atlantic region between Newfoundland and Nova Scotia.

“Hurricane Juan was not moving as slow as this one was but it also hit a very populated area of Halifax, so that's the reason why we did not have as many injuries this time,” he said. 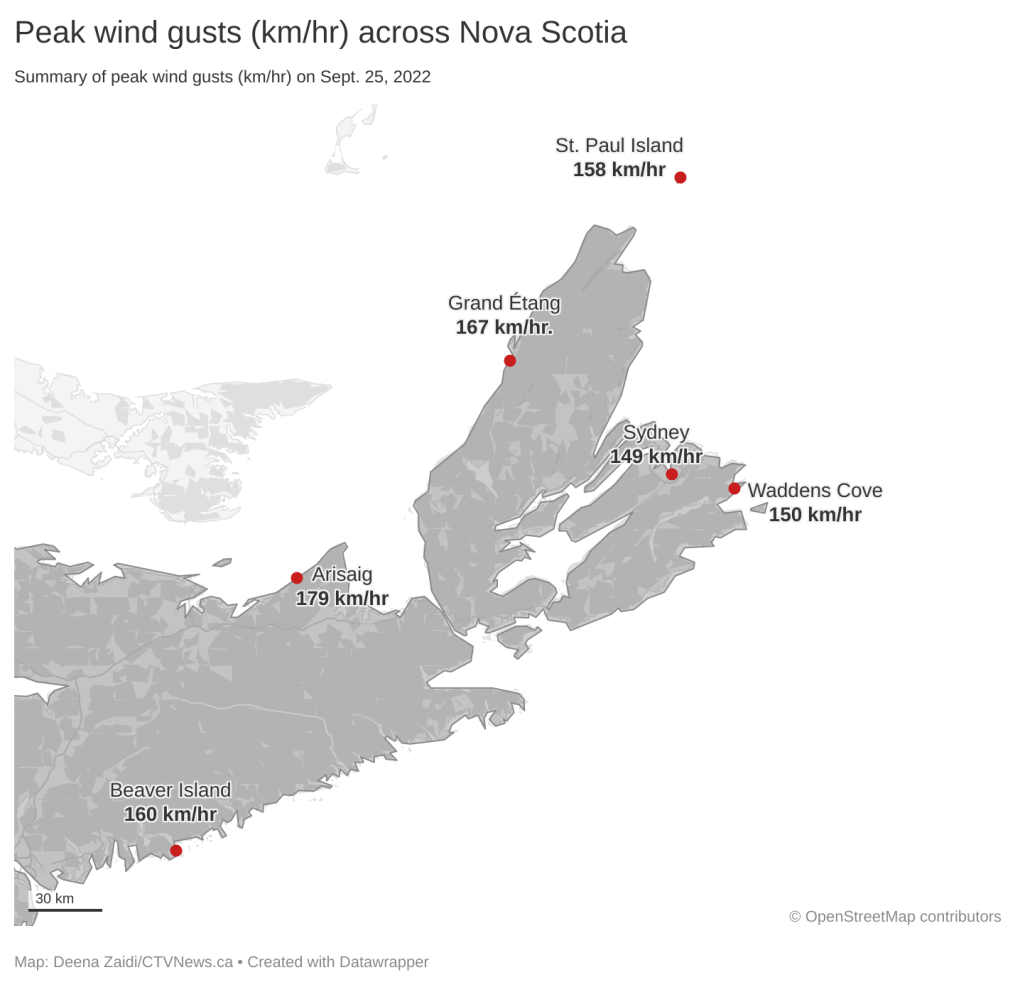 Though there were reports of flooded homes and streets, Kottlowski says the rainfall wasn’t as extreme as predicted.

According to the CHC, parts of New Brunswick, such as Crowe Brook and Fundy Park, and Nova Scotia, saw reports of heavy rainfall exceeding over 100 mm. One unofficial report suggested the town of Antigonish saw over 200 mm of rainfall. Regions in P.E.I, Quebec, Newfoundland saw a range of 50mm to near 100 mm of rainfall. 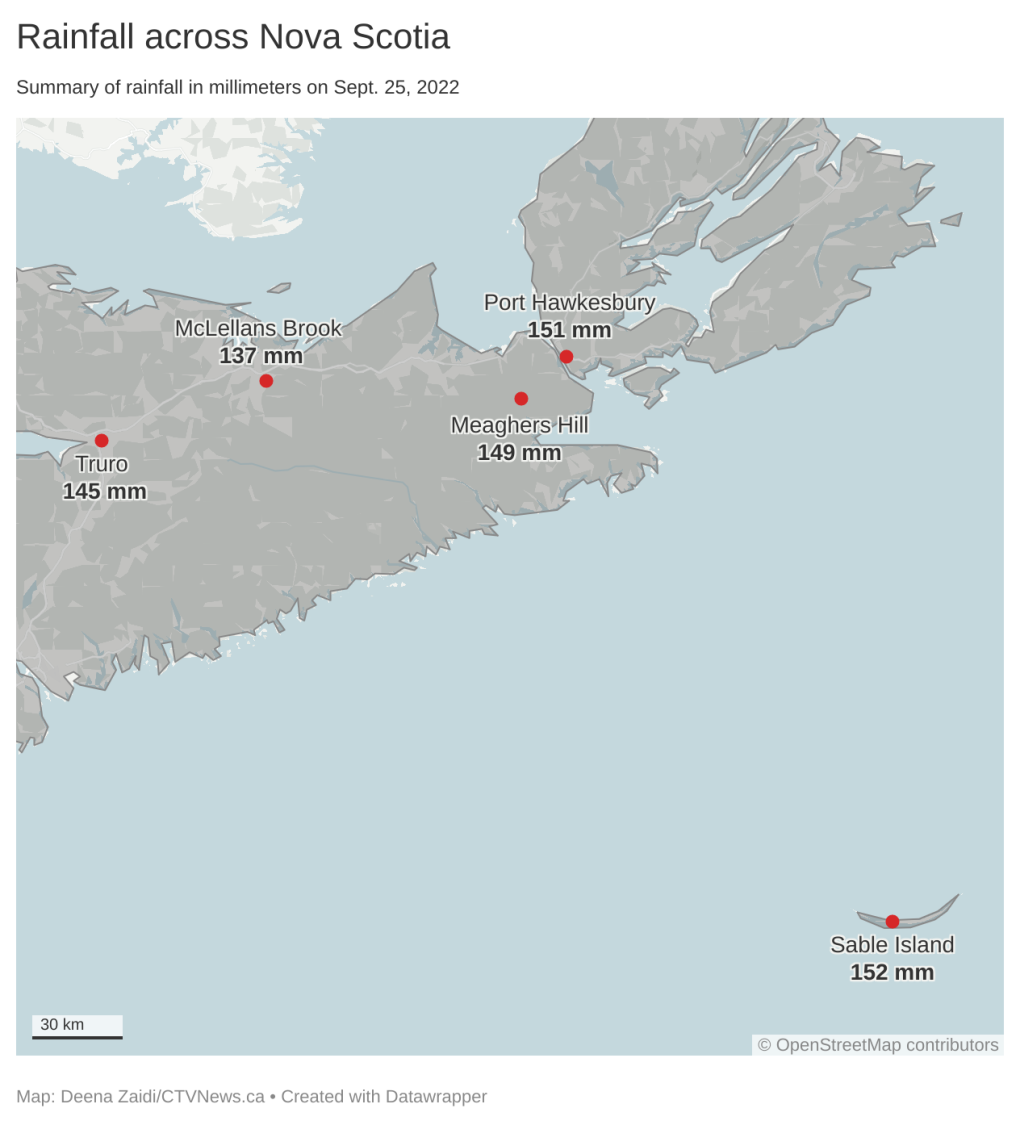 Kottlowski says a surge of dry air created from the storm is likely what curbed the rainfall.

“A large surge of dry air wrapped into Fiona as it was making landfall over Cape Breton Island and I think that dry air really put an end to any substantial rainfall,” he said. “I think most of the heaviest rain fell ahead of the storm, which is not uncommon for tropical storms.”

Nonetheless, the water levels still reached new heights for some communities like Escuminac, N.B. which reported 2.82 metres; the previous record stood at 2.47 metres. Port aux Basques also reached slight above their previous record of 2.71 metres as Fiona spiked a new level of 2.75 metres. 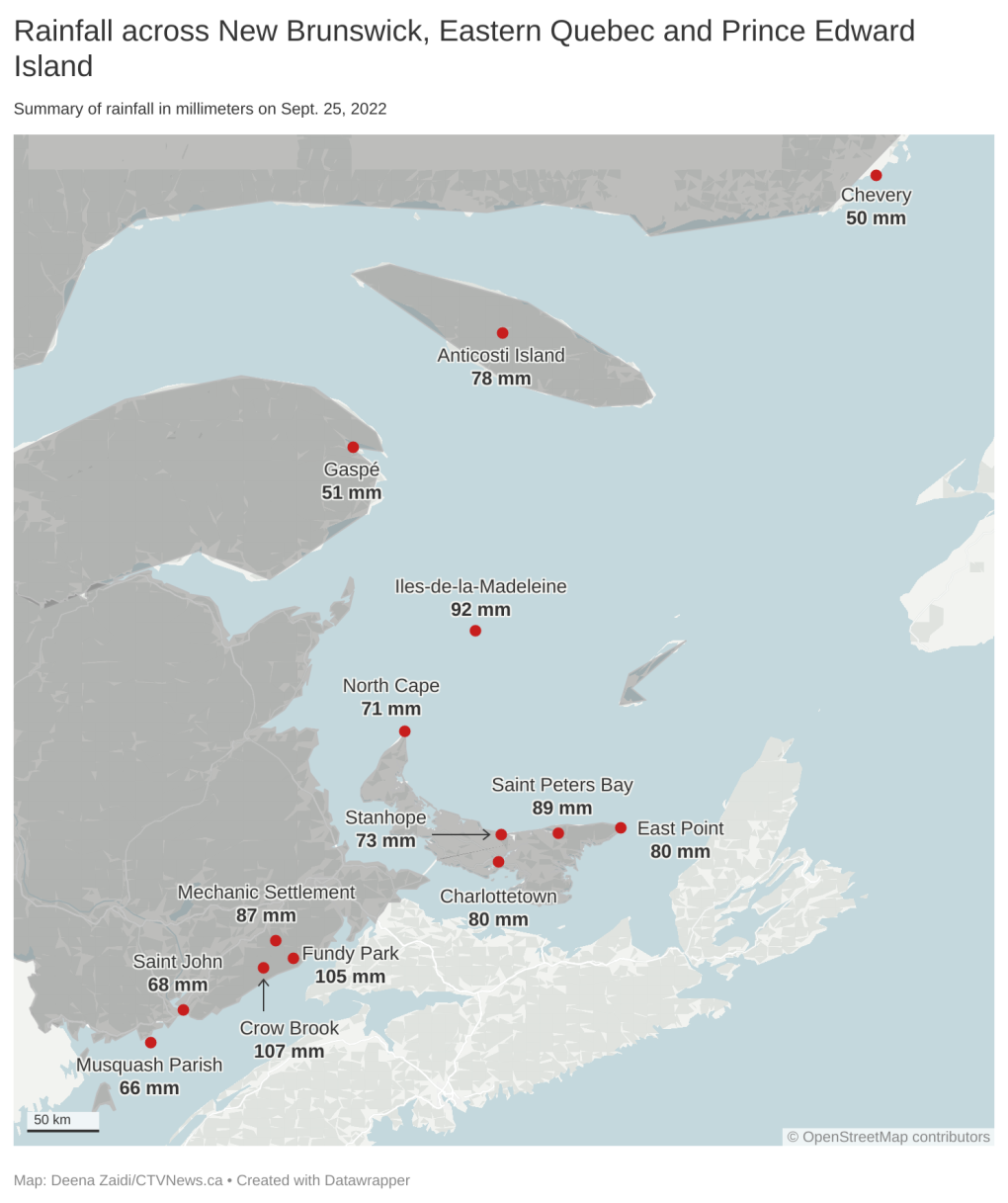