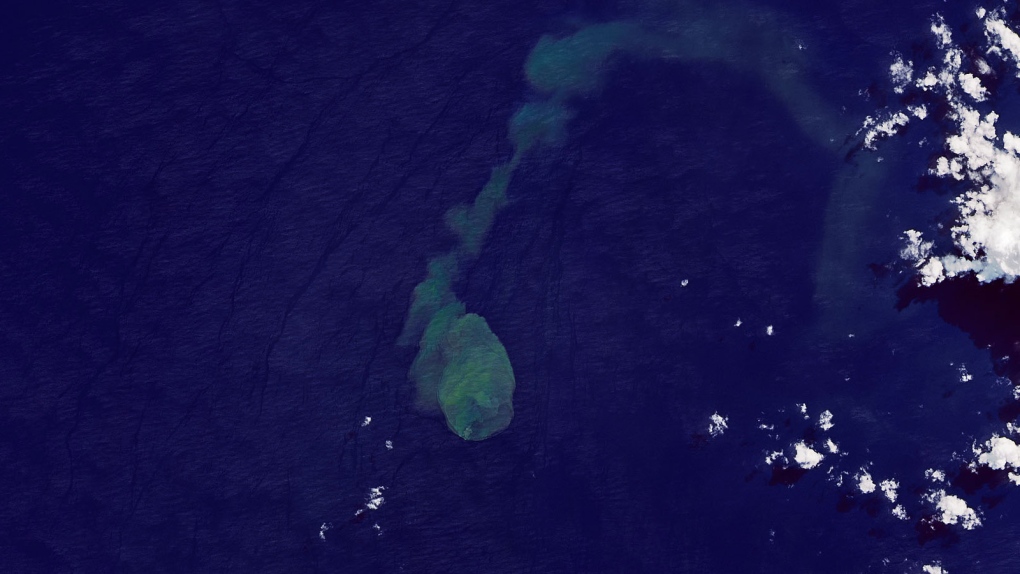 NASA's Earth Observatory has released satellite images of an undersea volcano erupting. This image, from the Operational Land Imager 2 (OLI-2) on the Landsat 9 satellite, shows a plume of discolored water being emitted from the submarine volcano. (Earth Observatory/NASA/CNN)

The image, taken on May 14 by the Operational Land Imager 2 on the Landsat 9 satellite, shows a plume of discolored water being emitted from the submarine volcano. The satellite is designed to capture high-resolution images of our planet.

The Kavachi volcano in the Solomon Islands is one of the most active submarine volcanoes in the Pacific, NASA said. The volcano is about 15 miles (24 kilometres) south of an island called Vangunu.

Kavachi was dubbed "Sharkano" after a 2015 expedition to the site revealed that the crater was an unlikely home to two species of shark, suggesting that large marine animals are able to exist in an extreme environment, tolerating hot and acidic water.

A scalloped hammerhead and the silky shark were among multiple fish species spotted living in the active volcano by researchers. To peer inside Kavachi's crater, the scientists deployed a baited drop camera to a depth of 164 feet (50 metres), according to the journal Oceanography.

The volcano erupts almost continuously, according to NASA, and steam and ash are often visible. The nearby island is named for a sea god of the Gatokae and Vangunu peoples, and it's sometimes also referred to as Rejo te Kvachi, or "Kavachi's Oven."