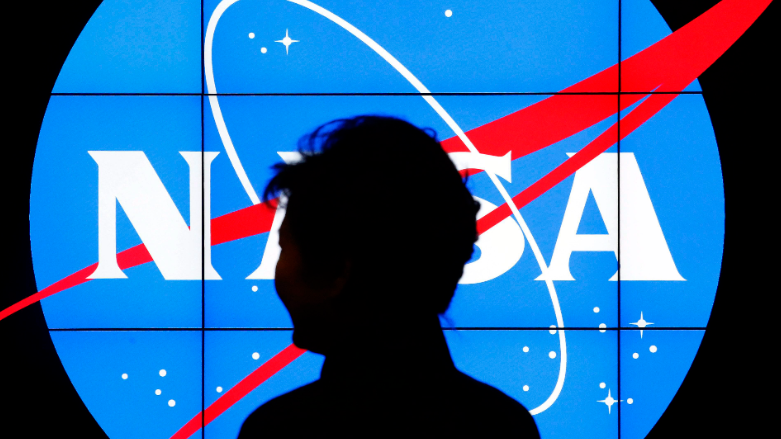 South Korean President Park Geun-hye walks past a NASA logo during a tour of projects and programs that are underway at the agency's Goddard Space Flight Center, Wednesday, Oct. 14, 2015, in Greenbelt, Md. (AP Photo/Patrick Semansky)
Barrie -

For a few brief moments on Saturday, things will go dark in Antarctica as a total solar eclipse crosses over.

According to NASA, a solar eclipse occurs when the moon moves between the sun and Earth, casting a shadow onto Earth. When this happens it fully or partially blocks light from the sun in some areas.

NASA said on Saturday, some people in the southern hemisphere will be able to experience a total or partial eclipse of the sun. For parts of the world where the eclipse won’t be visible, such as Canada, NASA will live stream the event if the weather allows.

“For a total solar eclipse to take place, the sun, moon and earth must be in a direct line,” the NASA website reads.

The agency says people located in the centre of the moon’s shadow when it hits Earth will see a total eclipse. This time, that will be people in Antarctica.

The agency said the sky will become very dark, “as if it were dawn or dusk.”

According to NASA, depending on the weather, those in the path of a total solar eclipse may also be able to see the sun’s corona or outer atmosphere “which is otherwise usually obscured by the bright face of the sun.”

While people outside of Antarctica won’t be able to see a total solar eclipse, some may still see a “partial” solar eclipse.

This occurs when the sun, moon and Earth are “not exactly lined up,” NASA said.

When this happens the sun will look like it has a dark shadow on a part of its surface.

Astronaut Chris Hadfield shared a photo on Twitter, showing which areas can expect to see what during the eclipse.

Here's another way to see who will see what. https://t.co/mraHk4yor1 pic.twitter.com/Gr3ORPNhES

Time and Date has also released an interactive eclipse map, where viewers can type in their location to determine what they will be able to see, and when.

In order to safely view the eclipse, NASA said solar viewing glasses -- not regular sunglasses -- or a pinhole projector must be used.

“It is never safe to look directly at the sun,” the website reads. “Even if the sun is partly or mostly obscured.”

HOW TO WATCH IN CANADA

For those who won’t be able to see the eclipse in-person, NASA said it will be livestreaming the event on its website and YouTube channel, weather permitting.

If you can’t stay up that late, you’re in luck.

While these events don’t happen that often, NASA said in October 2023, an annular solar eclipse will cross North America, and a total solar eclipse is expected to cross the continent on April of 2024.

This story has been updated to reflect that a pinhole projector, not a pinwheel projector should be used to safely view solar eclipses.