Without masks, 2-metre distancing not enough to prevent spread of COVID-19 indoors: study

Without masks, 2-metre distancing not enough to prevent spread of COVID-19 indoors: study 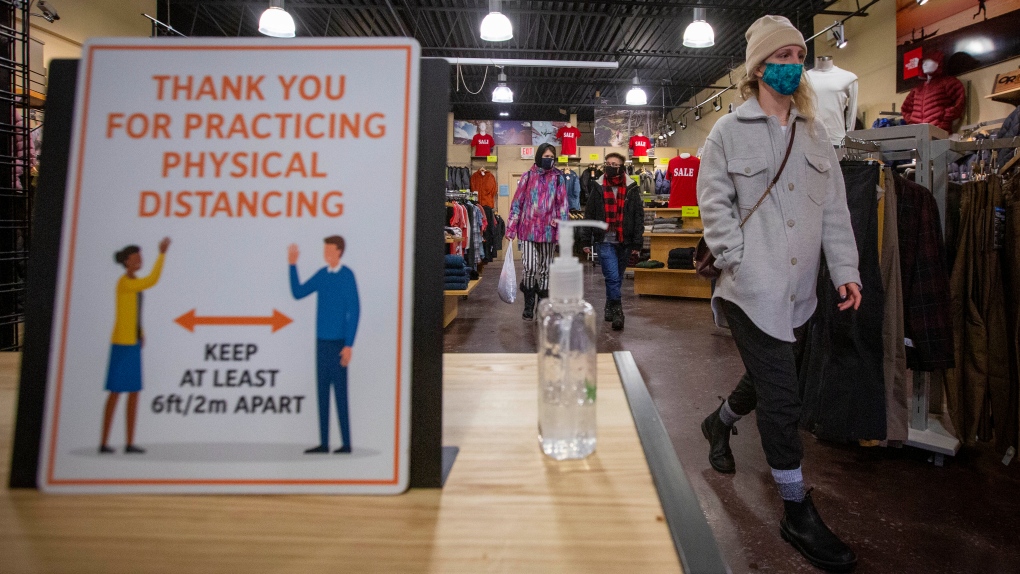 Erin Connolly wears a mask to protect them from the COVID-19 virus while looking at clothes at Trailhead in Kingston, Ontario, on Wednesday Feb. 10, 2021. ( THE CANADIAN PRESS/Lars Hagberg)
TORONTO -

A new joint study says that without mask wearing, a two-metre physical distancing guideline may not be enough to prevent the spread of COVID-19 indoors, however, wearing a mask can reduce the contamination range of airborne particles by approximately 67 per cent.

The study, published in the December volume of the journal Building and Environment, was conducted by researchers at McGill University, Universite de Sherbrooke, Texas A&M University, and Northern Illinois University. The research was based on models that examined the flow of liquids and gasses in indoor spaces using a computer program that accurately simulated coughing dynamics.

“Mask mandates and good ventilation are critically important to curb the spread of more contagious strains of COVID-19, especially during the flu season and winter months as more people socialize indoors,” said study author Saad Akhtar in a release.

Coughing is one of the main sources of spread of airborne viruses from symptomatic individuals, and currently, most public health guidelines recommend a distance of two metres for physical distancing between people who are not from the same household to address this.

Coughing simulations run by the study found that particles can reach distances as far as five metres away or more if the person is unmasked and depending on ventilation and air conditioning. 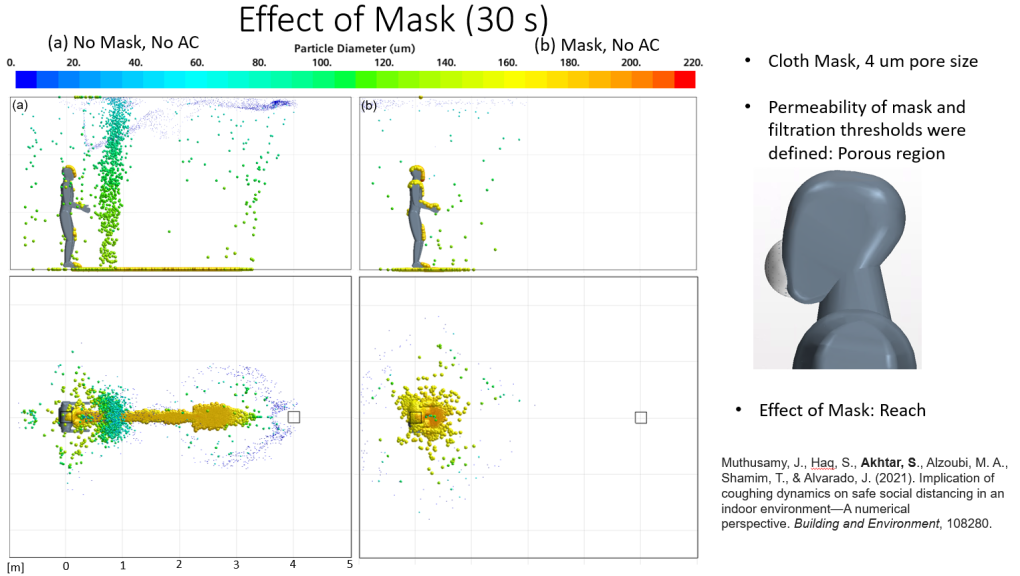 The effect of mask wearing indoors on the spread of particles over a 30 second interval can be seen here in a coughing simulation run by the joint study. (McGill University/ Building and Environment Journal)

The study found that ventilation, a person’s posture, and mask-wearing impacted the spread of particles significantly, but age and gender had only marginal impacts.

“This study advances the understanding of how infectious particles can spread from a source to its surroundings and can help policymakers and governments make informed decisions about guidelines for masks and distancing in indoor settings,” Akhtar said.