Imagine not being able to see your children for three years. That’s what one Ontario father lived through after he was accused of child abuse.

The father was found not guilty by a criminal court, but a publication ban prevents W5 from identifying him or his family. For the purpose of the story, we are giving the parents pseudonyms, calling them Ken and Laura.

It all started in 2017 when Ken says his son was sleeping in his arms and suddenly stopped breathing. The baby boy was rushed to a local hospital where doctors treated a seizure, but also found fractures and immediately suspected child abuse.

His wife, Laura, was in shock.

“I would understand that if a child ends up in the ER and various marks everywhere, bruises everywhere, scratches everywhere, injury of the head or something, right? But he had nothing,” she says. 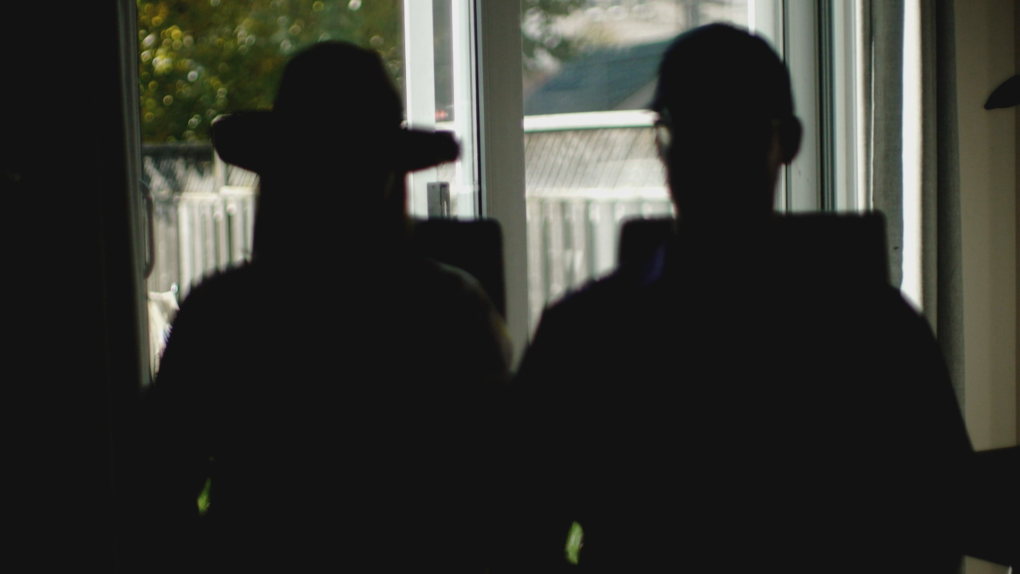 For the purpose of the story, we are giving the parents pseudonyms, calling them Ken and Laura.The medical suspicion was so strong, Waterloo Family and Children’s Services stepped in and took away their other two children. Laura recalls being in the emergency room and getting a call from a child protection worker.

“She told me that they're apprehending my children. And I remember I didn't even understand what she means.”

Laura and Ken were confused as to what was going on. They recently immigrated to Canada, and their first language is not English.

The parents were shocked that the removal of their two other children happened before their sick child was even sent to McMaster Children’s Hospital in Hamilton, Ont.

Laura says she still can’t believe the first hospital didn’t run substantial tests to exclude other medical conditions before her kids were taken away.

“We were treated like liars,” Ken recalls, “Because we didn't have any explanation for any accidents or anything like that, because nothing had happened.”

At McMaster, a doctor from the Child Advocacy and Assessment Program (CAAP), which specializes in assessing abuse, became involved in their case.

In hospitals and emergency rooms across Canada, suspicious cases are often referred to specialized pediatric maltreatment units like CAAP to help determine whether there has been abuse or neglect.

There are at least 16 units with these types of physicians across the country. Any professional who works with children in Canada, including doctors, are obligated by law to report suspected child abuse.

In 2015, the Royal College of Physicians and Surgeons of Canada formally recognized child maltreatment pediatrics as a specialized medical discipline, and published national practice standards.

Child protection workers ultimately follow up on a doctor’s diagnosis, and investigate whether there has been abuse.

The McMaster maltreatment doctor’s final report found, amongst other things, bleeding in the baby’s brain and hemorrhages in the right eye. The doctor also diagnosed that the baby had experienced “significant inflicted trauma… to the highest degree of medical certainty.”

Six weeks after Ken and Laura had first stepped into McMaster with their sick baby, police came for Ken. He was charged with aggravated assault.

“The detective told me, medically, there is no explanation for this, so you must have done something,” Ken says.

Ken was eventually released with strict conditions. He could not have any contact with his three children. No supervised visits, no video calls, not even a phone call. Ken had to move out of his house.

Laura claims it took six months to get her baby’s medical records from McMaster so she could demand a second opinion at another hospital. She believes these medical opinions should be mandated at a different hospital for cases like hers.

“The family needs to have the right to have a second opinion before a child abuse diagnosis is concluded,” Laura says.

Ken’s case eventually went to criminal court where three doctors testified on behalf of the defence that the alleged abuse could mimic symptoms of rare medical conditions. Among their medical opinions, they pointed out that the child’s fractures showed “evidence of a metabolic bone disease” and, as summarized by the judge in his decision, “the brain injury was a result of a stroke that led to seizures.”

Ken was found not guilty of assaulting his child.

Defence lawyer Phillip Millar told W5 that he took on Ken’s case because he has seen problems with the way other child abuse cases are handled. Millar has worked as both a prosecutor and defence lawyer on these types of files.

“When a doctor says you abused your kid and we have an X-ray, the confirmation bias that flows from that is overwhelming,” Millar said. “And Children's Aid Society, although they have a good mandate, they can also become very aggressive. Everything down the road goes towards confirming the diagnosis of child abuse.” 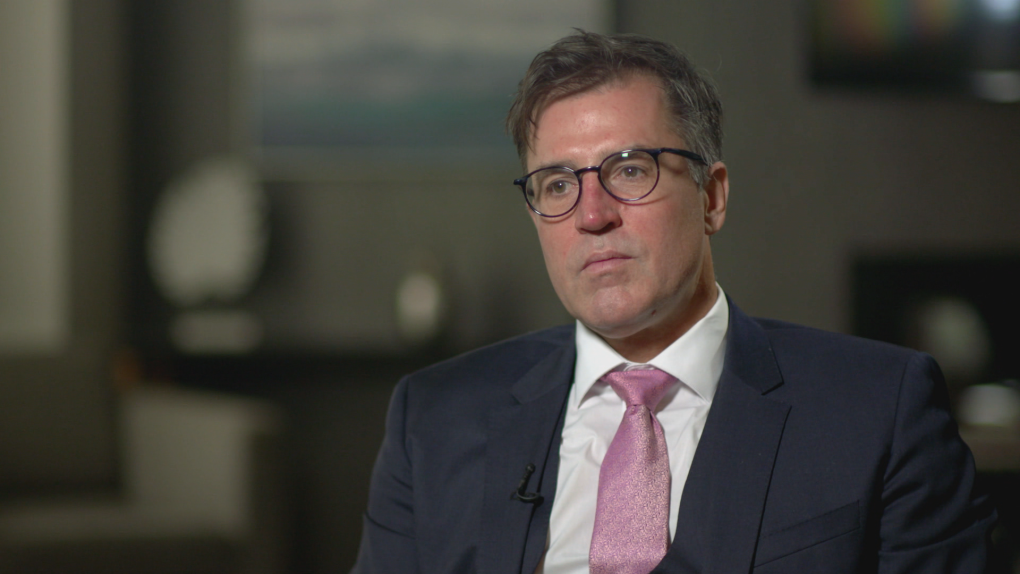 Defence lawyer Phillip Millar speaking with W5Millar said he’s even had one medical professional admit that if they can’t explain the fractures, they default to a finding of suspected child abuse.

“You have indications of something that happened. You have somebody said they didn't do it right and then you have a doctor who says, I can't explain these injuries, must be child abuse. The baby can't talk, right? It's the perfect scenario for wrongful convictions,” Millar said.

He believes poor, immigrant parents who are innocent stand to lose the most. He claims legal aid lawyers, already stretched thin, often encourage their clients to plead guilty, even if they’re innocent.

“This person's life is in your hand. And so what happens is if people don't have money, it's hard to get a good lawyer who can afford to do three weeks of trial and three weeks of prep.”

It’s important to know that child abuses cases flagged in hospitals make up a small percentage, just five per cent, of all child abuse cases investigated in Canada.

Still, limited statistics make it difficult to track how accurate these medical suspicions are. Ontario is the only province where researchers have verified recent abuse cases flagged in hospitals, and only half have been substantiated.

W5 also found families right across the country that claim they were wrongfully accused of child abuse in hospitals.

This issue became a hot topic in Texas the past few years, as many parents claimed their children were misdiagnosed and they were wrongfully accused. Texas lawmakers brought forward Senate Bill 1578; the new law went into effect last September and mandates a medical second opinion in child abuse cases. A parent or family physician can now request that opinion from any specialist in Texas, as long as they were not involved with the original report of suspected abuse or neglect.

“That's one of the ways we go about getting rid of the confirmation bias,” says Andrew Brown, who helped push the bill forward. He’s a distinguished senior fellow in child and family policy at the Texas Public Policy Foundation. 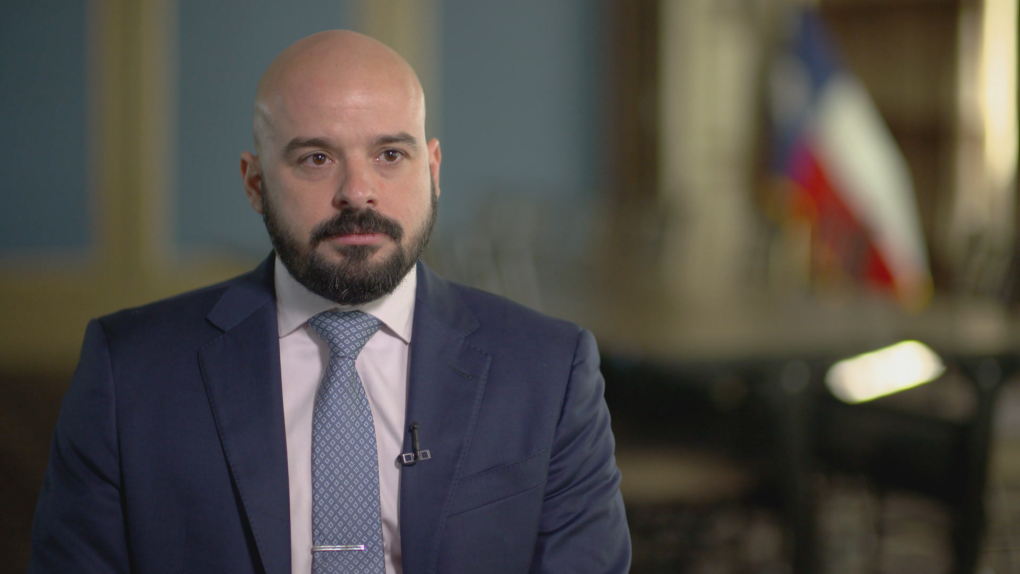 Andrew Brown, speaking with W5, helped push the bill forward.“We need more protections. We need that second set of eyes… because ultimately, when you make that decision that this child is being abused and needs to be removed from their family, and if that is wrong, what you've done is you've traumatized the child, you've traumatized the child's family and then you've delayed lifesaving, potentially, medical care that that child needs."

Parents, like Ken and Laura in Canada, want those medical second opinions mandated here as well.

Even though Ken was acquitted of his criminal charge, the family argues that their closed children’s aid file still says Ken is “at risk of maltreating” his children.

Waterloo Family and Children’s Services responded to W5, broadly explaining how their assessments differ from the criminal courts.

In a statement they wrote: “In the legal system, cases are decided with a standard of 'beyond a reasonable doubt.' That is appropriate, because in these cases a guilty verdict may mean that someone goes to jail. In the work of child welfare, we verify concerns using the standard of 'on the balance of probabilities.' This is appropriate because even if child abuse is verified, our goal is still to keep the family together whenever possible, or to reunite the family if the children are temporarily placed with kin or in foster care.”

But family reunification didn’t happen for three years in Ken and Laura’s case.

When W5 reached out to McMaster, the hospital refused a request for an interview citing privacy reasons, but said their maltreatment program “uses an interdisciplinary team approach to provide an evidence-based and objective, professional clinical evaluation.” 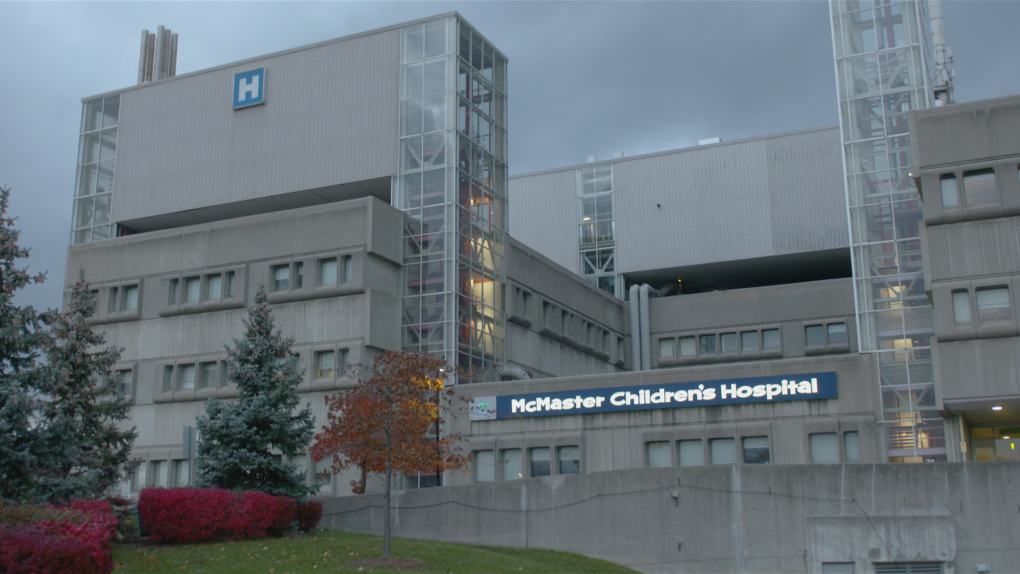 They said their “team also consults with other medical experts in specialty areas,”including "peers at other children's centres."

Canada has had problems with wrongful convictions involving abuse before. In 2008, Justice Stephen Goudge issued his report following a public inquiry into pediatric forensic pathology in Ontario.

The inquiry was prompted by flawed medical opinions provided by former pediatric pathologist Dr. Charles Smith in 20 child death cases. Thirteen resulted in convictions but seven of those were later overturned, set aside or resulted in acquittals.

Goudge’s report identified the importance of meaningful peer review and doctors not testifying beyond their expertise.

But Ken and Laura, whose child was assessed by the pediatric maltreatment program at McMaster Children’s Hospital, feel that the medical system failed them. They say the stigma of being suspected of abuse has already done enough damage.

“The problem is that even being accused makes you sort of guilty in the eyes of the public.”