Last one alive gets the whiskey: soldiers' pact carried out after nearly 80 years 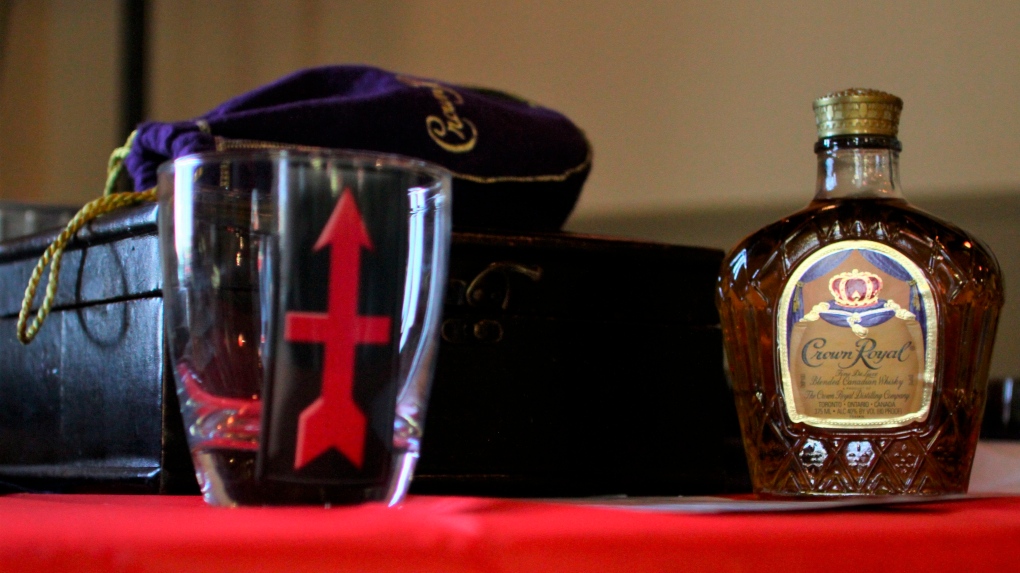 Fred Spencer, 93, was honored Sunday, July 1, 2018, in Kalamazoo as the "Last Man Standing" from a group of men who left Kalamazoo to fight in Second World War. (Kayla Miller/Kalamazoo Gazette via AP)

KALAMAZOO, Mich. -- A group of World War II soldiers from Michigan made a pact when they deployed: Give a bottle of whiskey to the last survivor.

The 126th Infantry Regiment was comprised of men from around southwest Michigan, and its Company C was made up of 94 young men just from Kalamazoo County -- all of them under age 20 when they left Kalamazoo for training in 1940.

The promise they made to each other nearly 80 years ago was carried out Sunday.

Fred Spencer, 93, poured a shot of Crown Royal whiskey into a bucket of sand in honour of his deceased comrades. As each name of the deceased was read, one shot was poured into the bucket, which will remain outside the VFW Post 1527, the Kalamazoo Gazette reported.

Spencer was just 16 when he joined the Army, needing his parents' permission to join the National Guard. Two years later, he was under fire in an offensive against Japanese forces in New Guinea.

Spencer was hospitalized for a year after a sniper sent a bullet through his right lung, exiting through his shoulder blade. He survived the end of the war, unlike fifteen of the men in his company who were killed in action during some of the bloodiest battles in the Pacific theatre.

Spencer became the last surviving veteran of his company in April, following the death of 97-year-old Wheeler Bowman.

During the ceremony Sunday, Michigan state Sen. Margaret O'Brien gave Spencer a plaque from the state thanking him for his service. The VFW Post was overflowing with residents who came to shake his hand and pay their respects to the 93 men who died before him.

Lt. Richard Stack, who currently serves as a Company Commander of Spencer's former unit, said the ceremony was an opportunity to honour the servicemen and servicewomen who came before him.

"The fact that he came from Charlie Company 126, the unit I'm now a part of," Stack said. "It's just really important for me to be here to celebrate this with him and be a part of that history, too."