Lisa Raitt was a fixture on Canada's political stage for decades, holding several senior portfolios during the Stephen Harper years, and later deputy opposition leader under Andrew Scheer; the first woman in the Conservative party’s history.

To do the job, she had to be tough and smart.

It’s why talking to her at her cozy family home near Milton, Ont. about a very personal and difficult journey was a revelation. She was candid. She cried. And showed us a side the public has rarely seen.

Lisa has faced challenges in her life. In her early teens, she learned that the parents she loved while growing up in Sydney, N.S., as the youngest of seven children, were really her grandparents. Her eldest sister was her birth mom who almost gave her up for adoption. The two remained close until she passed away a few months ago.

In 2009, after a failed marriage that produced two sons, Lisa fell madly in love with Bruce Wood, a “gentle giant” at 6 foot 2 inches and 240 pounds who, at the time, was the CEO of the Hamilton Port Authority, when she had the equivalent job in Toronto.

He doggedly pursued her, determined to win her over. She was charmed. But soon, there were signs something was wrong. She figured it was her. 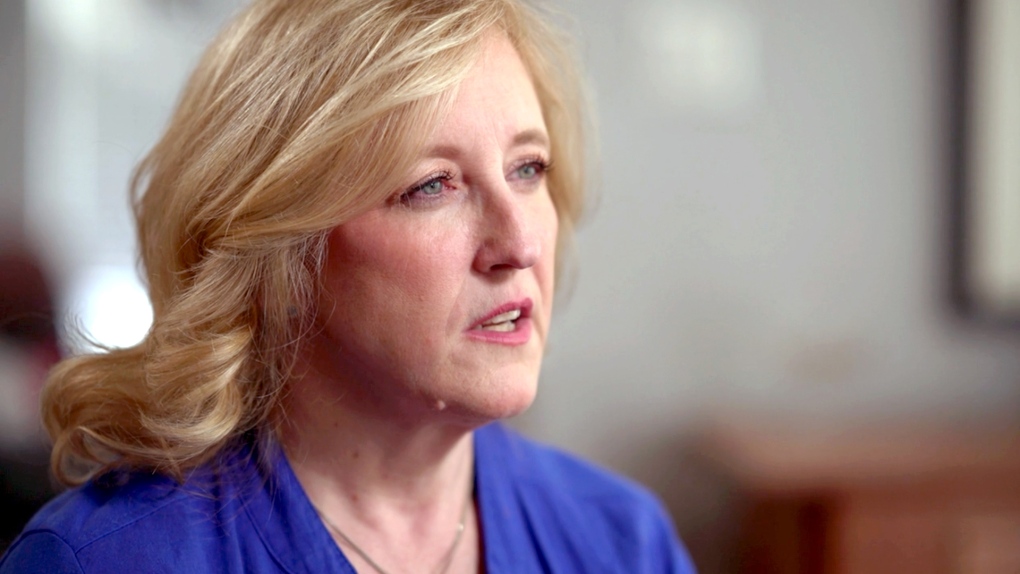 Lisa Raitt speaks with W5.“I thought we were heading towards breaking up and I thought, oh my gosh, great, another relationship that I haven't been able to succeed in," Lisa recalled in her interview with CTV's W5.

But it wasn’t her. It was Bruce.

In 2016, at age 56, he was diagnosed with early onset Alzheimer’s disease, among the five per cent of Canadians who develop symptoms under age 65.

“He kept asking to get married, because he needed security ... because he was scared,” Lisa said.

Several months later, the couple exchanged vows at her aunt’s home in Cape Breton, and for a while life was fine. And then it wasn’t.

Small things started to become big things. Lisa began recording her husband’s dark descent into the fog of Alzheimer’s: the hallucinations, the lashing out, the threats to kill her. She wanted doctors to see what was happening to him.

Her sons had to step in when Bruce got physical. Seventeen-year-old Billy Raitt told us, “We weren't just going to stand by and watch."

Several times, Lisa came close to calling 9-1-1, but it wasn’t until her “gentle giant” turned into a “menacing monster” that police came, handcuffed Bruce and took him away.

It was a devastating time for everyone, until a solution and a safe haven opened up for the couple.