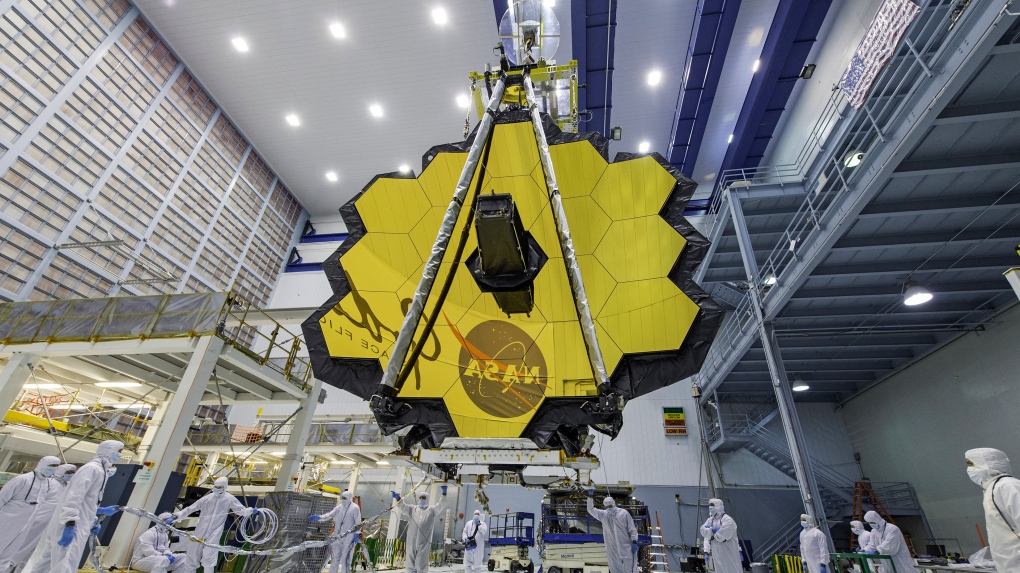 In this April 13, 2017 photo provided by NASA, technicians lift the mirror of the James Webb Space Telescope using a crane at the Goddard Space Flight Center in Greenbelt, Md. (Laura Betz/NASA via AP, File)

A French scientist has apologized after tweeting a photo of a slice of chorizo, claiming it was an image of a distant star taken by the James Webb Space Telescope.

Étienne Klein, a celebrated physicist and director at France's Alternative Energies and Atomic Energy Commission, shared the image of the spicy Spanish sausage on Twitter last week, praising the "level of detail" it provided.

"Picture of Proxima Centauri, the nearest star to the Sun, located 4.2 light years away from us. It was taken by the James Webb Space Telescope. This level of detail... A new world is unveiled everyday," he told his more than 91,000 followers on Sunday.

The post was retweeted and commented upon by thousands of users, who took the scientist by his word.

Things, however, were not quite as they seemed.

Klein admitted later in a series of follow-up tweets that the image was, in fact, a close-up of a slice of chorizo taken against a black background.

"Well, when it's cocktail hour, cognitive bias seem to find plenty to enjoy... Beware of it. According to contemporary cosmology, no object related to Spanish charcuterie exists anywhere else other than on Earth"

After facing a backlash from members of the online community for the prank, he wrote: "In view of certain comments, I feel obliged to specify that this tweet showing an alleged picture of Proxima Centauri was a joke. Let's learn to be wary of the arguments from positions of authority as much as the spontaneous eloquence of certain images."

On Wednesday, Klein apologized for the hoax, saying his intention was "to urge caution regarding images that seem to speak for themselves."

In a bid to make amends, he posted an image of the spectacular Cartwheel galaxy, assuring followers that this time the photo was genuine.

The Webb telescope, the most powerful telescope ever launched into space, officially began scientific operations on July 12. It will be able to peer inside the atmospheres of exoplanets and observe some of the first galaxies created after the universe began by viewing them through infrared light, which is invisible to the human eye.

Dozens more British Columbians died from toxic substances in August, the province's latest overdose data shows, bringing the total number of deaths reported in the first eight months of the year close to a record.