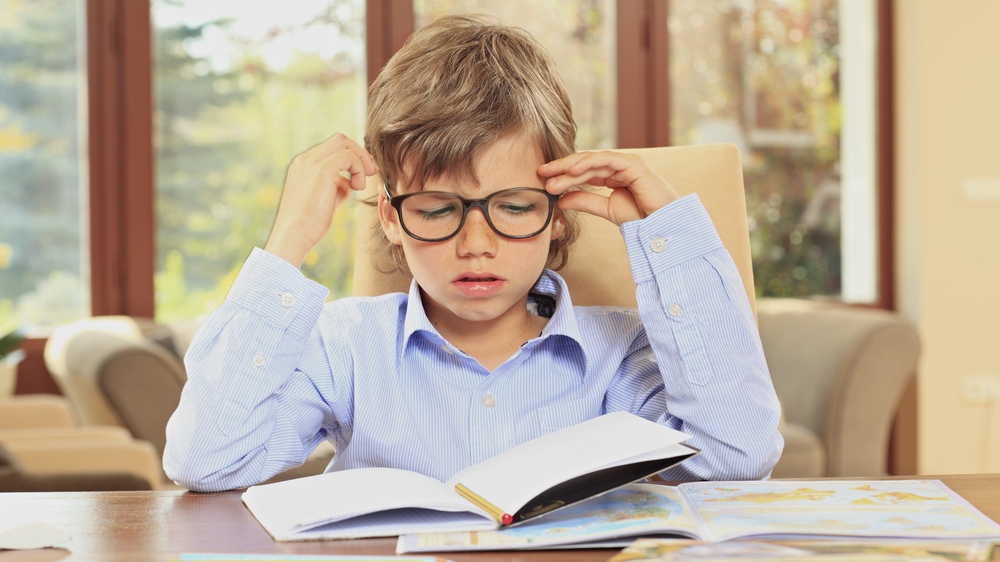 TORONTO -- Experts are warning about something called “quarantine myopia” in the wake of new research out of China that suggests that lockdowns could have a serious effect on young children’s eyesight.

Myopia is the technical term for near-sightedness, a common issue that causes people to be only able to focus on objects that are near to them, with objects in the distance appearing blurry. Although it’s easily corrected by glasses, it can lead to more serious eye issues, including a loss of vision, and researchers say more severe outcomes are more likely the younger a child is when myopia first develops.

A study and related editorial published in JAMA Ophthalmology on Thursday dug into research looking at the amount of children in China who developed near-sightedness after pandemic-related lockdowns.

The first country to deal with the effects of a large lockdown and mass school closures was China, which shut down several regions beginning in late January 2020, after the emergence of the virus in the late fall of 2019.

When schools reopened in June, researchers performed eye tests on children aged 6-13 in 10 elementary schools in Feicheng, China, as part of a survey that had been going on since 2015. More than 120,000 children have been part of the study.

Researchers compared the prevalence of myopia in each age group in 2020 with the previous years, and found that the amount of children with myopia increased significantly in 2020 than in any other year, especially in the 6-8 age range.

“It was 20 per cent of the whole group out of the six year olds,” Dr. Caroline Klaver told CTVNews.ca in a phone interview.

Klaver is a professor at the University of Basel as well as an ophthalmologist and researcher at the Erasmus Medical Center in Rotterdam, who penned an article in JAMA Ophthalmology to accompany the research.

She was concerned by the implications of the study out of China, noting that during that lockdown, children did not spend much time outside.

“We know from myopia progression and myopia onset that outdoor exposure is extremely protective,” she said. “And we also know that doing a lot of near work is a cause or stimulus. When you look at all the knowledge that's out there, it's not too hard to think that the lockdown with very little outdoor exposure and the online lessons and all their smart phone behavior is most likely causing this.”

Numerous countries have instigated lockdowns over the course of the pandemic, some lasting for months, and many schools have shut down in favour of online learning at home.

Contrary to what many may think, the problem isn’t specifically screens themselves when it comes to myopia — it’s doing anything that requires focusing on something very near to the face for a very long time, according to Klaver.

She explained that it takes energy for the eye to focus on something near to it. If the eye is being asked to do that for long periods of time without breaks, the physical characteristics of the eye can actually change to make that task easier.

“So what's going on in the majority of cases that are becoming myopic is that the front to the back [of the eyeball] gets longer,” Klaver said. “And if the eye grows longer, than the focal point of the light rays that enter the eye will be in front of the retina rather than on it.”

While there is a genetic component to poor eyesight and conditions such as myopia, researchers believe whether children become near-sighted is a combination of genetics and their environment.

“It really is a matter of nature and nurture,” Klaver said. “If you have a genetic susceptibility and you do your lifestyle the wrong way, then you are so much more at risk than if you have no genetic risk factors.”

But the study from China shows that a serious lifestyle change can push the level of those who are myopic beyond where genetics would explain it, she added.

She said it was definitely the “combination” of a lack of outdoor activities and increased screen time through online learning during the lockdown in China that drove the increase in myopia in younger children.

Myopia is a more serious issue than people realize, she believes.

“They say, ‘Oh, you just put on glasses or contacts and the problem is gone. What is the fuss all about?’”

But it can lead to more severe eye problems. The physical changes the eye undergoes can mean there is not enough retina to cover up the back of the eye eventually, causing vision loss. It can also lead to problems like glaucoma or retinal detachment.

The research out of China is especially worrying because of the age of those most affected.

“Once you have the onset of myopia, your eye will grow faster,” Klaver said.

Those who develop myopia at age six, seven or eight are more likely to develop worse near-sightedness, leading to a higher risk of more severe eye conditions when they get older.

“If you only develop your myopia at age 13, that risk is much lower,” Klaver explained.

But with school closures still a reality in many regions of the world as the pandemic rages on, what can parents do to avoid their children developing myopia at these young ages?

Klaver said there’s a simple rule. For 20 minutes of “near work” — such as looking at a computer screen, a phone, or a book — children should give their eyes a break by looking out a window or into the distance for at least 20 seconds to allow their eyes to be in a neutral position.

“It’s quite easy for parents to remember, and it’s harder to stick to,” she said. “As long as your focus changes a lot, you have less risk of becoming or developing progressive myopia.”

Along with this, children should be getting around two hours of time outside every day, as time outside has increasingly been recognized as a factor in whether or not children develop near-sightedness.

“I still think a lot of parents say, ‘OK, we’ll deal with that later,’” Klaver said. “And actually they want to deal with it now, because anything that you do on protection now will really make a different when the children grow older.”

Canadians reporting more anxiety and depression than ever before, poll finds

1M vaccine doses to be delivered every week in next phase of COVID-19 immunizations: Fortin

With Ontario's stay-at-home order in effect, can police randomly stop you?