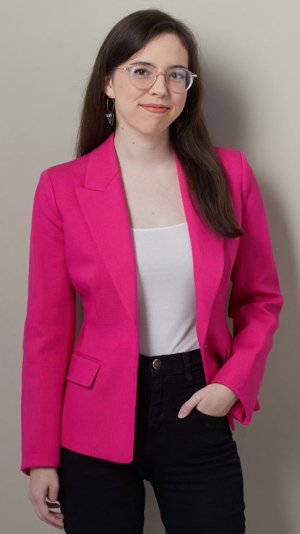 Alexandra has a bachelor of arts in english and drama from the University of Toronto, and a master of fine arts in creative writing with the University of Guelph. Her creative work has appeared in several literary magazines, and she published her first novel in 2022.