Live coronavirus map of Canada: Tracking every case of COVID-19 in the country 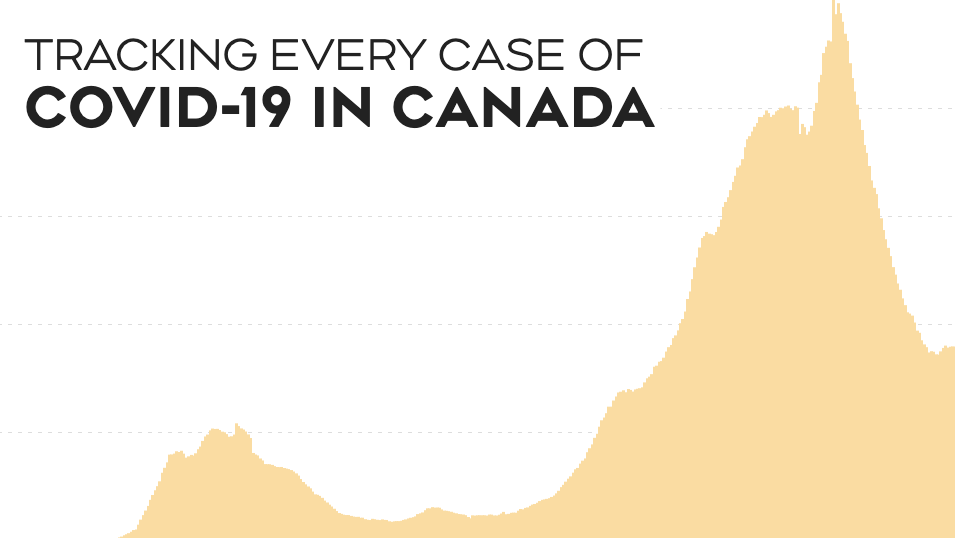 TORONTO -- Updated in real-time after every public health update, the CTVNews.ca map not only charts every confirmed case, it breaks that number down into active, recovered and deceased cases, and graphs the curves of cumulative and new cases for each province.

The page also drills down into the numbers in each province and territory, keeping a detailed case history in each area, including links to stories from the day they happened, while keeping updated totals on the status of the cases and tests administered.

The interactive map also lists the numbers in each province and territory, marking the case history in each area, include confirmed and presumptive cases, the status of the cases, and keeps track of administered, negative and pending cases.

CTVNews.ca also charts and compares the progression of cases outside Canada, with a look at the curves in other nations, as well as context and timeline for a few key countries.

For more information on how to process the data, read our backgrounder, which explains the different ways numbers are being reported in different countries.