More bad news for Peloton: Another TV show character has a heart attack while riding its bike 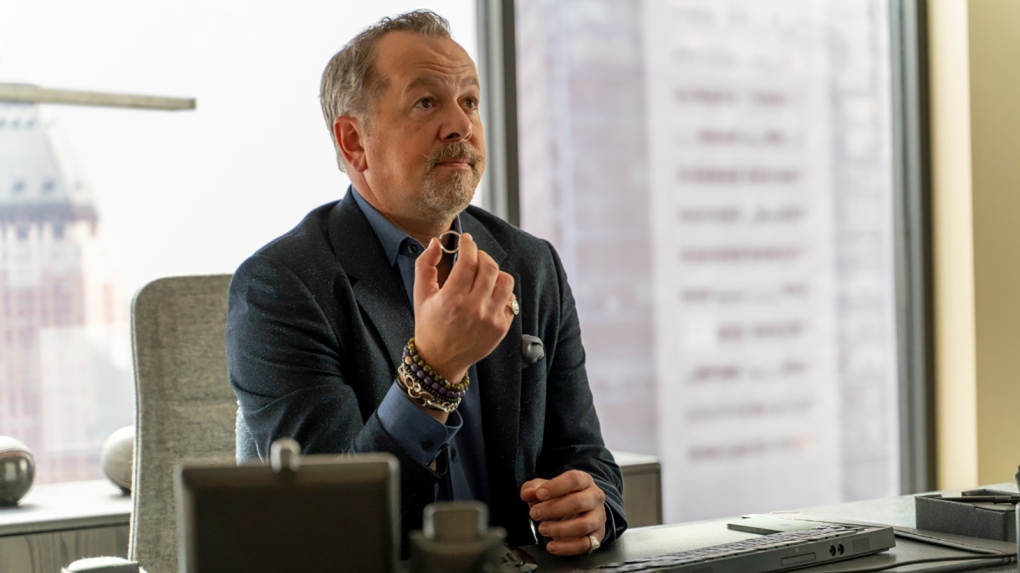 David Costabile, who stars in the season 6 premiere of Showtime's 'Billions,' suffered a heart attack while using the Peloton bike. (Jeff Neumann/SHOWTIME)

It's been a rough few weeks for Peloton.

And to round it off, another TV show character experienced a heart attack on the interactive bike — this time (spoiler alert) it's Mike Wagner (David Costabile) on the season 6 premiere of Showtime's "Billions."

Last month, Peloton saw an 11% stock drop immediately after the fictitious Mr. Big of "Sex and the City" fame died after riding a Peloton on the show's HBO Max streaming reboot. (HBO Max, like CNN, is part of AT&T's WarnerMedia division.)

Peloton said in a statement that although they understand why their products are sometimes featured in television shows, they did not agree for their brand and IP to be used on "Billions."

"As referenced by the show itself, there are strong benefits of cardio-vascular exercise to help people lead long, happy lives," a Peloton spokesperson said.

But unlike Mr Big, Wags survives — and the show even makes a nod to the "Sex and the City" plot, which was added in post production, according to the New York Times.

"I'm not going out like Mr. Big," Wags says in the "Billions" season premiere.

Peloton's share price plunged more than 75% in 2021, and the company hasn't fared much better so far this year. The stock is down nearly 25% and trading at its lowest level in nearly two years.

CNBC reported Thursday that Peloton was considering pausing production of its low-end bike for two months, but CEO John Foley categorized "rumors that we are halting all production of bikes and Treads" as "false."

Peloton became a staple for many during stay-at-home restrictions. But now consumers are returning to gyms, and the company has faced some PR headaches involving everything from crises befalling fictional television characters to product recalls. There is also more competition from upstarts selling cheaper bikes.

After Mr. Big's death on the show, Peloton released a tongue-in-cheek ad in response. The company soon pulled the ad in the wake of allegations against Mr. Big actor, Chris Noth, who was in the ad.

Peloton was trading at US$27.06 at Friday's close.