How Australia's deepest cave was discovered

How Australia's deepest cave was discovered 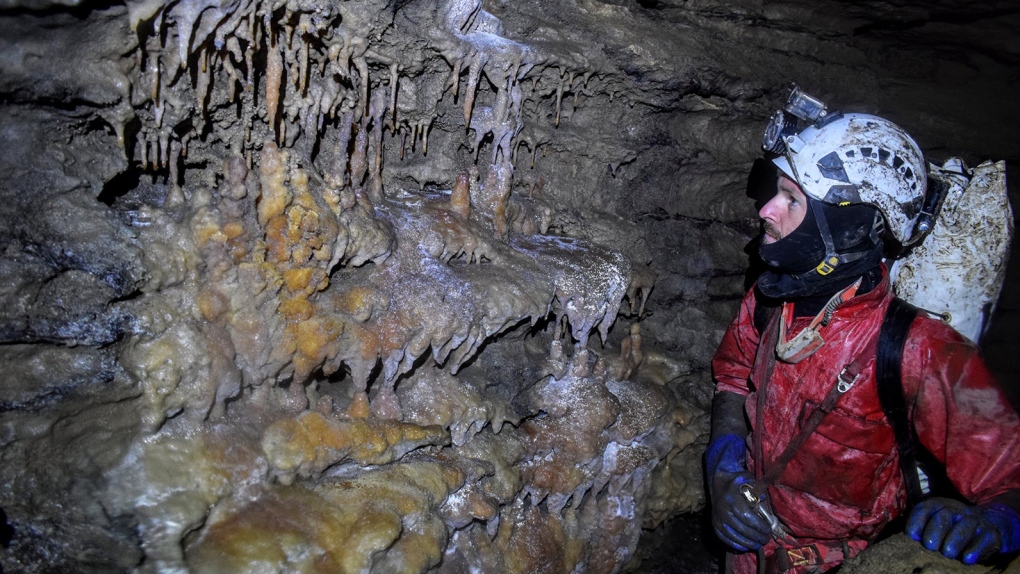 During the week, Ciara Smart is a PhD candidate in history at the University of Tasmania.

On the weekends, she's a member of a caving club that discovered the deepest cave in Australia over the weekend of July 31.

Smart and seven fellow members of the all-volunteer Southern Tasmanian Caverneers (STC) group have officially mapped and measured their country's deepest known cave, which clocks in at 401 vertical metres (1,315 feet).

In the small but close-knit caving community, one of the most sacrosanct rules is that whoever discovers the cave gets to name it. For the Southern Tasmanian Caverneers, there was only one name suitable for a cave whose depths became apparent during the worst days of the coronavirus pandemic in Australia – Delta Variant.

"With COVID-19, there's a lot of different words attached to it that are quite descriptive. So we were able to go with the whole COVID-19 naming theme for the entire cave," Smart explains.

The entrance to the cave, which is tight and narrow, is Test Station Queue. Then there's another claustrophobic section called Close Contact, a sprawling horizontal bit dubbed Superspreader Event and a wide, beautiful part now called Freedom Day.

While caves have been discovered by pure chance, these days there are many scientific tools that cavers can use to locate their next site and glean information before even descending into the earth.

The STC took a multi-pronged approach to investigate the cave that would become Delta Variant. Members used satellite data to map the area, then a 3D laser modelling tool to get a possible picture of what the cave system looked like.

Once they narrowed in on a spot, they used dye to pinpoint the location of the cave's water source – a waterfall deep inside.

After that, it was time to go underground.

Though events like the 2018 saga of the Thai soccer team, trapped in a cave and rescued after a harrowing three-week mission, may have made caving seem unsafe, Smart cautions people not to be intimidated.

With the right gear, experienced people and advance knowledge of the cave you'll be exploring, you can have fun and – like Smart and her cohort did – possibly make history.

"In reality, the most dangerous part of the day when you're out caving is generally the drive to and from the cave," she says.

For Smart, a major appeal of caving is the wide range of activities it covers.

"It's sort of an addictive hobby because on the one hand, it's great fun," she says.

"You know, you're abseiling, you're climbing, you're crawling or you're just caving. But it's also it's also science because we're putting all these caves together, we're linking them and understanding how the water flows through and how caves form."

Because of the waterfall, Delta Variant is quite damp and the cavers got sprayed in some sections. To stay warm, they wore several layers of fleece and flannels, topped by plastic coveralls, rubber boots and waterproof gloves.

A few members added a special accessory to their outfits – pointy paper party hats to celebrate their achievement.

While Delta Variant has set a new record in Australia, the majority of the world's deepest underground worlds are in Europe and Central Asia.

Four of the world's deepest caves are in Georgia. The deepest of those is named Veryovkina and measures an astonishing 2,212 vertical meters (7,200 feet).

Other countries with deep caves are France, Slovenia, Croatia, Uzbekistan, Turkey and Switzerland.

Before this, Australia's deepest cave was Niggly, which happens to be next door to Delta Variant. It is just four meters shallower than Delta Variant and part of the same interconnected system.

As if discovering and mapping Australia's biggest cave wasn't enough, the cavers got special permission to collect samples of a small cave shrimp that may turn out to be a new species.

A dissertation and two potential historic finds? Smart is nonplussed about her unusual pair of passions.