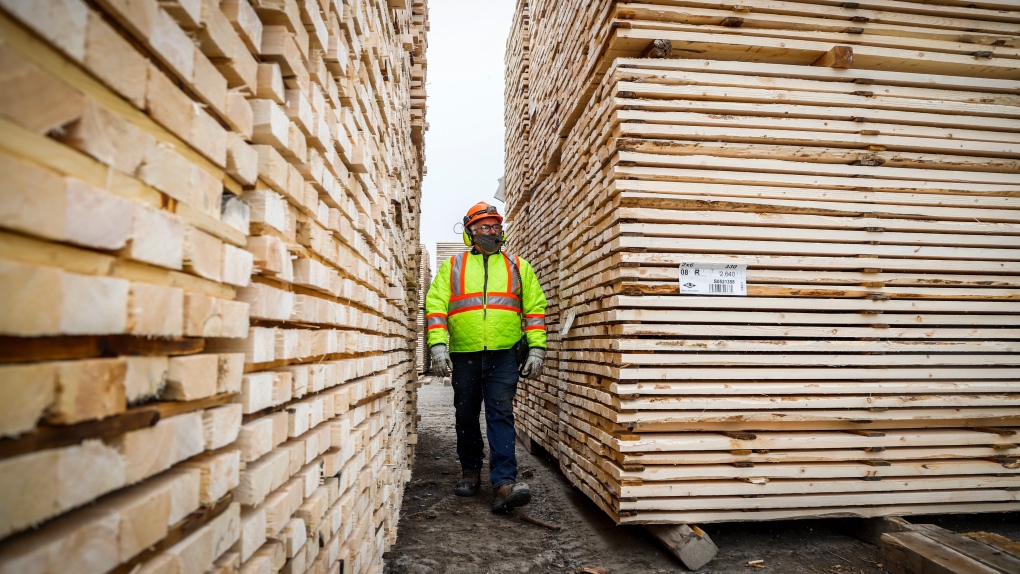 While lumber prices have plunged in recent weeks, industry experts say increased demand and limited supply will keep the cost of softwood lumber above pre-pandemic levels for years to come.

John Innes, dean of the University of British Columbia's Faculty of Forestry, told CTVNews.ca that lumber prices in North America reached their peak in May due to increased home renovations amid COVID-19.

"People were doing home renovations because they couldn't go on holiday, they were at home, they were wondering what to do with themselves, and so they decided they'd put in a new deck or some new fencing," Innes explained in a telephone interview on Thursday.

Innes said this high price and the easing of COVID-19 restrictions led Canadians to put their renovation projects on hold.

"People looked at the price of lumber and said, 'Well, I'm not paying that much'," he said.

The cash prices have since plummeted roughly a third of what they were at their peak, and currently cost around $500 per 1,000 board feet.

However, Innes said this decline does not mean that retailers will lower prices on the lumber they previously purchased at record cost.

Jannke told CTVNews.ca that the demand for softwood lumber is "simply much stronger" than it was five years ago due to increased housing starts. He said pine beetle infestations over the last decade have also reduced the allowable timber cut in the B.C. Interior by roughly 40 per cent, limiting supply.

"With that limitation, combined with a strong demand, we should see prices averaging higher than they have for the past five years," Jannke said in a telephone interview on Thursday.

Prior to the COVID-19 pandemic, Jannke said the five-year average price of lumber was about $380. Looking forward, he says industry experts expect "the new average for lumber prices" to be between $500 and $550 per 1,000 board feet.

"There will be some cyclicality there so if we have a recession or a setback in the housing market, housing starts decline, then we could see some downturn," Jannke said. "But aside from that, I would say that the long term average over the next 10 years is going to be significantly higher."

However, Jannke noted that these prices will be seen over the next five to 10 years, and noted that it will not be a sudden jump like that of the $1,600 price tags seen this past May.