More than 40 per cent of Canadians say an increase in interest rates would have a negative or somewhat negative impact on their spending in 2017, according to a new Nanos Research survey conducted for CTV News.

Meanwhile, more than a quarter of responders said interest rate increases would have no impact on their spending, and 23 per cent said it would have a neutral impact.

Pollster Nik Nanos says that to put that 4 in 10 figure into context, consider that economists “worry about consumer spending going down one per cent to two per cent.”

“A small increase (in mortgage rates) actually has a significant impact,” Nanos added. “I think that’s what Canadians are worried about – that they’re just trying to make do with what they’re making now and the bills that they have to pay and then they get hit with higher interest rates.” 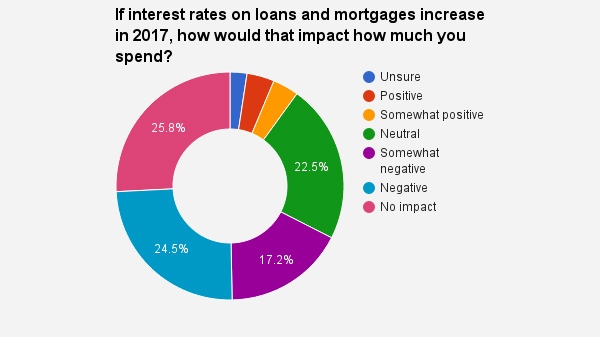 Nine per cent of survey responders said they would not be able to cover an unexpected expense of $3,000. 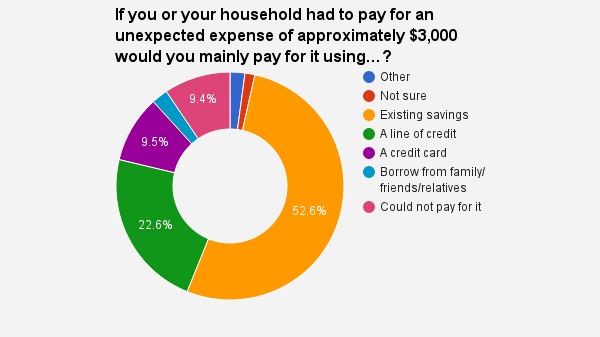 Looking beyond personal finances, 21 per cent of Canadians said that job creation should be the number one economic priority for the federal government in 2017. 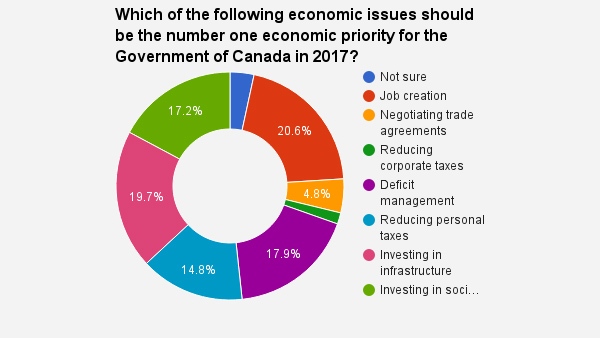 Nanos conducted an RDD dual frame (land- and cell-lines) hybrid telephone and online random survey of 1,000 Canadians, 18 years of age or older, between Dec. 16 and 19 as part of an omnibus survey. Participants were randomly recruited by telephone using live agents and administered a survey online.