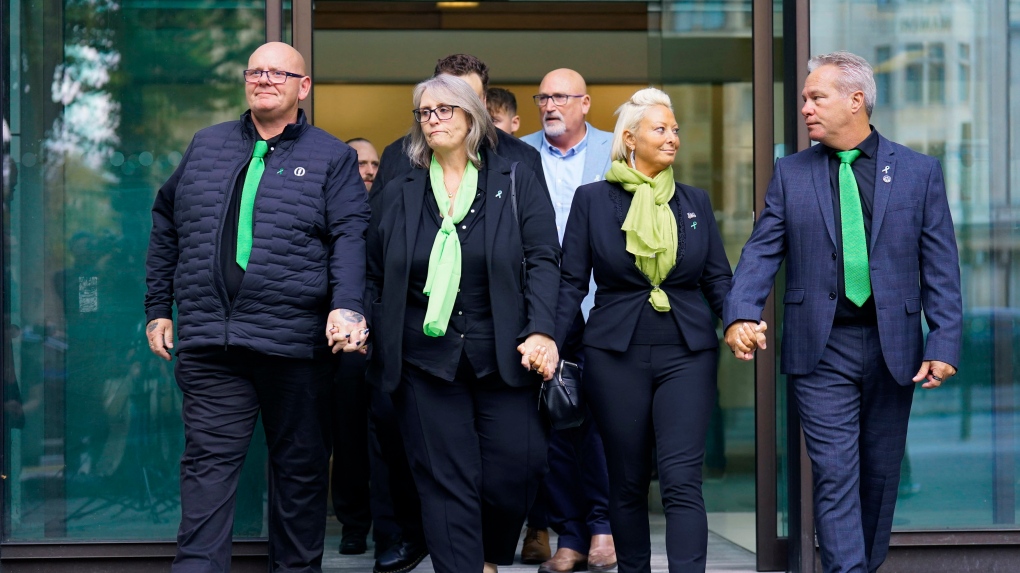 The wife of a U.S. diplomat appeared by videolink in a London, U.K. court on Thursday charged over a fatal car crash in England in a case that led to diplomatic friction between Britain and the United States.

Harry Dunn, 19, died in August 2019 after his motorcycle was in a collision with a car driven by Anne Sacoolas near RAF Croughton, an air force base in the English county of Northamptonshire that is used by the U.S. military.

Sacoolas left Britain shortly after the accident, claiming diplomatic immunity from criminal prosecution. The United States has refused to extradite her.

She appeared at Westminster Magistrates' Court by video link charged with causing death by dangerous driving, and spoke only to confirm her name.

Her lawyer said there was no indication as to her plea.

Dunn's family have been pressing for years for Sacoolas to face charges. Almost 20 family and friends were in the public gallery to see her first appearance in court.

Prosecutor Duncan Atkinson said because of the serious nature of the charge the trial had to be held at a more senior court.

The case was sent to London's Old Bailey court for a hearing on Oct. 27. Sacoolas was granted unconditional bail and England's Chief Magistrate Paul Goldspring said the judge overseeing future hearings would decide whether she would need to attend in person.

In the years since the crash, Dunn's parents, with the support of the British government, have campaigned for Sacoolas to be prosecuted in Britain.

In 2019, Dunn's parents traveled to the White House for a meeting with then-President Donald Trump, who surprised them by revealing that Sacoolas was in an adjoining room. Dunn’s parents declined to meet her.