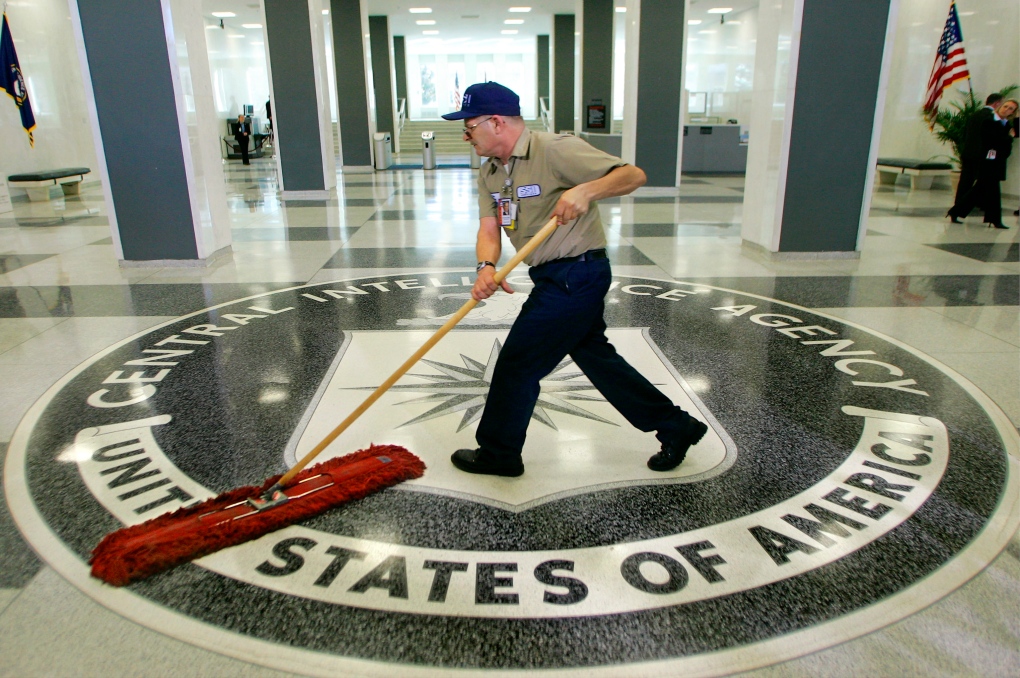 In this 2005 file photo, a workman slides a dustmop over the floor at the Central Intelligence Agency headquarters in Langley, Va., near Washington. (AP / J. Scott Applewhite)

HONOLULU -- A former CIA officer accused of spying for China is asking for a mental competency evaluation after telling his attorney he believes he is suffering from the early stages of Alzheimer's disease and is having trouble remembering things.

Alexander Yuk Ching Ma, a former CIA officer and contract linguist for the FBI, was arrested last year after an undercover operation in which prosecutors say he accepted thousands of dollars in cash in exchange for his past espionage activities. He told a law enforcement officer who was posing as a Chinese intelligence officer that he wanted to see the "motherland" succeed and that he was eager to resume helping China after the coronavirus pandemic subsided, prosecutors said.

Ma's court-appointed attorney, Birney Bervar, said Thursday that he felt compelled to file a motion for a mental competency evaluation after meeting with Ma a couple of weeks ago.

"Ma said he just can't remember things and that he believes it impairs his ability to assist properly in his defense," the motion said.

Bervar's motion also noted that Ma's older brother developed Alzheimer's 10 years ago and is now completely disabled by the disease. The brother is referred to as a co-conspirator in the indictment against Ma, but prosecutors didn't charge him because of his incompetency due to Alzheimer's, the motion said.

A magistrate judge scheduled a hearing for Aug. 12 on the motion.