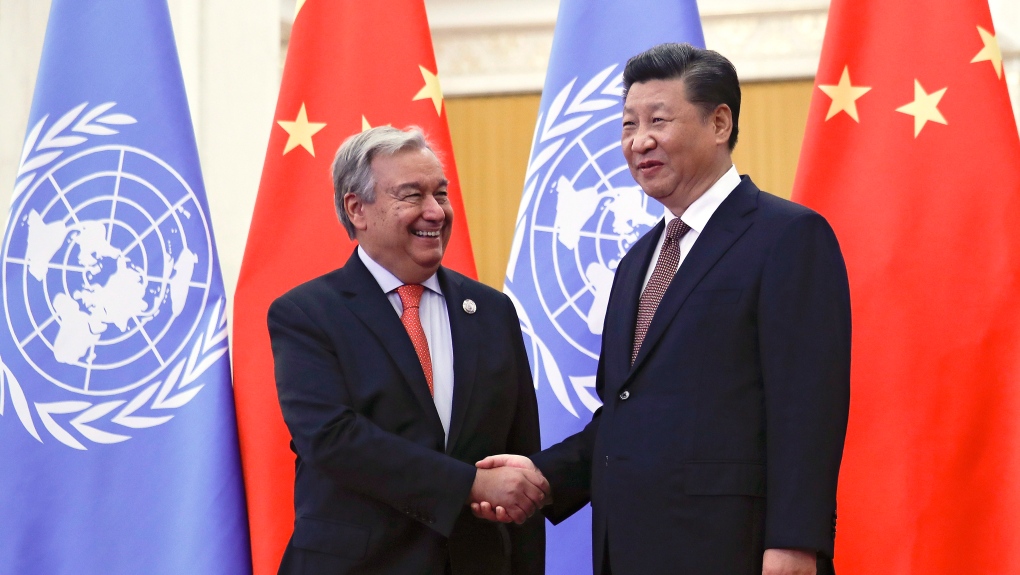 Fifty years ago today, representatives from around the world convened at the United Nations headquarters in New York for a history-shifting vote.

By the end of the day, the Republic of China (ROC), a government that fled to Taiwan after losing the Chinese civil war in 1949, was out of the global organization. Instead, the People's Republic of China (PRC), the Communist government that took power in the mainland, was recognized as the "only legitimate representative of China" and admitted into the UN as a permanent member of the veto-wielding Security Council.

It was a major blow for the Nationalist government, which had been one of the founding members of the UN and contributed to the Allied victory in World War II. As the delegation from Taipei walked out of the general assembly hall that night, its foreign minister warned bitterly that the decision would threaten peace everywhere. "This is dangerous nonsense," he said.

After the Communist victory and founding of the PRC in 1949, both the Nationalist and Communist governments claimed to be the sole representatives of the entire Chinese territory, forcing other countries and international organizations to choose one or the other.

Initially, many countries stuck to their alliances with the ROC and shunned the PRC. But as time went on, more and more governments switched diplomatic recognition from Taipei to Beijing -- leaving Taiwan with only 15 diplomatic allies today.

The UN, too, was forced to choose -- and the fateful vote in 1971 ultimately reflected the shift in which "China" its members had decided to recognize.

Dual representation in the UN had been previously raised as a potential solution -- but it was shot down by both Beijing and Taipei. "There is no room for patriots and traitors to live together," Chiang Kai-shek, leader of the defeated Nationalists, famously said in 1961.

In the decades since the vote, the resolution has helped shape China's rise as a world power and granted it broad voting power in "participating in the UN bureaucracy and shaping the language of UN resolutions," said Maggie Lewis, an expert in contemporary Chinese law at Seton Hall University.

And under increasing pressure from Beijing, Taiwan has steadily become ever more diplomatically isolated, excluded from major agencies like the World Health Organization.

Beijing, meanwhile, continues to view Taiwan as an inseparable part of its territory -- even though the two sides have been governed separately for over seven decades and the Chinese Communist Party has never controlled the democratic island of around 24 million people.

Despite such pressures, Taiwan has continued to maintain relations with a number of key Western partners, especially the United States, which provides Taiwan with defensive weapons and has sent top officials to visit the island.

In a statement Saturday, the U.S. State Department said U.S. and Taiwanese officials had met for a "discussion focused on supporting Taiwan's ability to participate meaningfully at the UN."

"U.S. participants reiterated the U.S. commitment to Taiwan's meaningful participation at the World Health Organization and UN framework convention on climate change and discussed ways to highlight Taiwan's ability to contribute to efforts on a wide range of issues," it added.

Unsurprisingly, the statement was met with indignation in China, which considers such suggestions a dangerous signal to advocates of Taiwan's formal independence.

Chinese state media quickly blasted the Biden administration as "the most incapable and degenerate in the country's history," adding that Taiwan had "fabricated history and betrayed morality." The push for Taiwan's participation in the UN was a "cheap shot" and "shameless manipulation," it said.

Though only sovereign states can be full UN members, Taipei has accused Beijing of "intentionally misinterpreting" the 1971 resolution to keep Taiwan out, suggesting that Taipei no longer contests the UN China seat. Many on the island simply want to participate separately under the name Taiwan.

The 1971 resolution "merely decided upon the question of credentials -- that is, the question of who represents the UN member state China, without implying a position on the scope of its territory, let alone endorsing the PRC's claim of sovereignty over Taiwan," said Liang-yu Wang, Deputy Representative of the Taipei Economic and Cultural Office in the U.S., the island's de facto embassy, on Thursday.

"But all the years, China has made the leap from a matter of accreditation, to a political statement, even a legal claim," she added. "Therefore, nowadays the resolution is often wrongly cited to exclude Taiwan's participation in the meetings and activities in the UN system."

Even "superficial participation" has been blocked -- and meaningful participation will be even harder, said Chinese law expert Lewis. In the eyes of Beijing, even the most marginal inclusion for Taiwan into the UN could undermine its claim of sovereignty -- a bottom line it has vowed to defend at all cost.