In exclusive audio obtained by W5, a caseworker from Jewish Family and Child Service of Greater Toronto, admits to warning her bosses about the escalating behaviour of Robin Brown, just days before he and his daughter, Keira, were found dead at the bottom of a cliff at Ontario’s Rattlesnake Point, a conservation area west of Toronto. Brown had parenting time with Keira that weekend.

Keira’s mother, Jennifer Kagan-Viater, and current husband, Philip Viater, say the caseworker, only referred to as Amanda in the tape, came to visit them 10 days after the four-year-old’s death. Philip, a family lawyer, recorded that conversation.

“The behaviours (Robin Brown) was exhibiting were the same behaviours in people that go out and kill their kids,” Amanda said. “I don’t deny that, I’m getting chills. I don’t deny saying that and I’ve been very clear with my manager and my above manager.”

In a Statement of Claim filed by the Viaters in Ontario Superior Court on June 22, 2021, the couple names Jewish Family and Child Service, the caseworker and several other defendants.

They allege that in the months leading up to Keira’s death, Brown was exhibiting “escalating behaviour” like failing to return Keira back to Jennifer and Philip on three occasions.

“She's supposed to come home at a certain time and we're waiting. We're waiting and Keira is not there. It’s terrifying,” Jennifer said.

For Keira’s safety, Jennifer filed an emergency motion on Jan. 28, 2020 to supervise or suspend Brown’s access to Keira.

“This was an extremely dangerous predator who never should have had one iota of unsupervised time with this little girl,” Jennifer says. 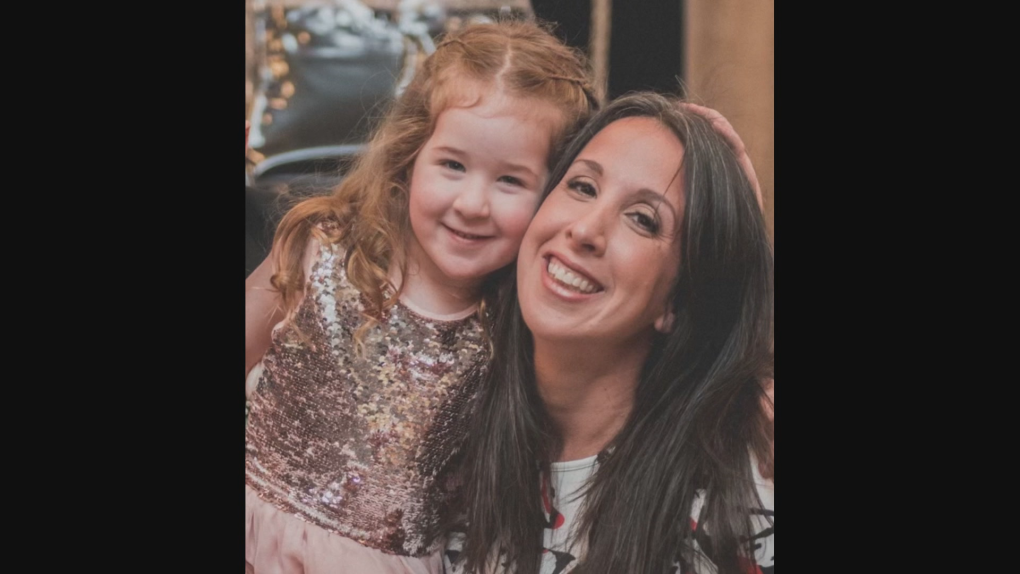 Keira Kagan with mother Jennifer (Supplied photo)The judge who presided over that emergency motion, Justice George MacPherson, found the evidence “persuasive and compelling” but adjourned the matter so that Jewish Family and Child Service could complete an investigation.

The judge said the organization had “eyes and ears on the ground” and could “request urgent relief at any time during the investigation.”

In the audio recording, the caseworker involved with that investigation, and who had interviewed Brown, tells Jennifer and Philip that she had “zero evidence that he would do something like this.” But she admits she had a bad feeling.

“(She) admitted that Mr. Brown was the type of person to kill or harm his own child to get back at me,” Jennifer told W5.

“And she said that she had contacted her supervisor and she wanted a protection application. And the supervisor had said it could wait until Monday.”

In the Statement of Claim, Jennifer and Philip allege that Jewish Family and Child Service and its employees “failed to protect” Keira, and “knew or ought to have known that Keira was in an imminent risk of danger and failed to intervene.”

W5 asked Jewish Family and Child Service for an on-camera interview, but they declined to comment on any “contact the organization may or may not have had with a family,” citing confidentiality.

Jennifer and Philip say that Jewish Family and Child Service’s failure was the last in a long line of systemic failures that preceded Keira’s death.

And they are convinced that Keira’s death was not accidental, but rather a revenge killing perpetrated by Robin Brown. 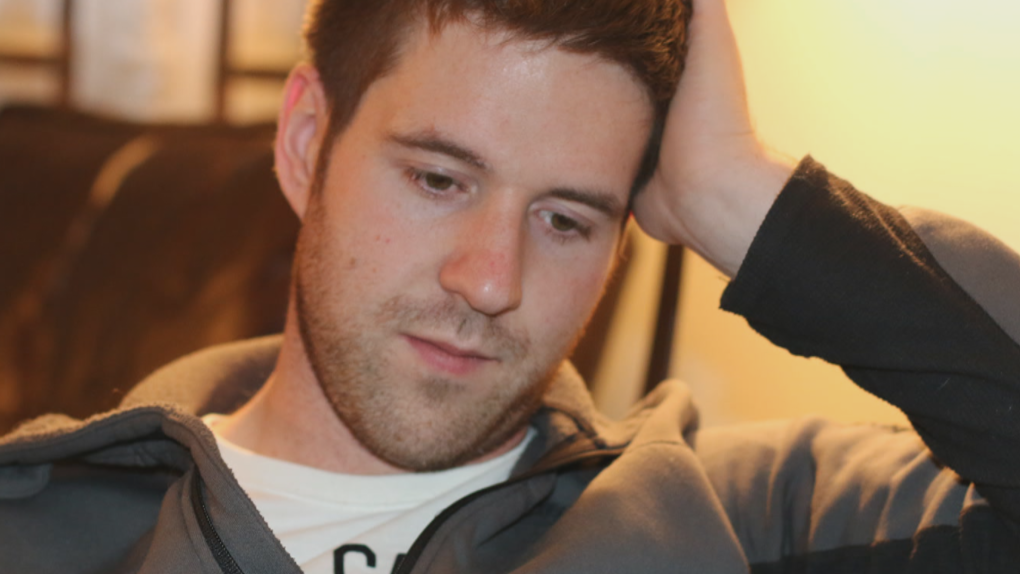 File photo of Robin Brown (Supplied)A coroner’s report did not determine a cause of death, but noted that Halton Regional Police had identified multiple risk factors for domestic violence in Keira’s father. The case was referred to Ontario’s Domestic Violence Death Review Committee.

Jennifer says there were signs her ex-husband could be dangerous, explaining how he emotionally and physically abused her. But she says the worst of it involved his controlling behaviour, which started soon after they were married in 2013.

“He behaved increasingly more and more controlling with me,” she explains. “I insist to have the passwords to all of your devices. I insist to know your whereabouts at all times, you know, becoming highly jealous,” she said.

In 2017, when she tried to raise concerns about Robin Brown’s abusive behaviour in a trial regarding Keira’s custody, Justice Douglas Gray said, “I am going to ignore it, it is not relevant.”

Professor Peter Jaffe, an expert in violence against women and children at Western University in London, Ont., says that was a grave mistake. Because if a mother is at risk, he says children are at risk too. 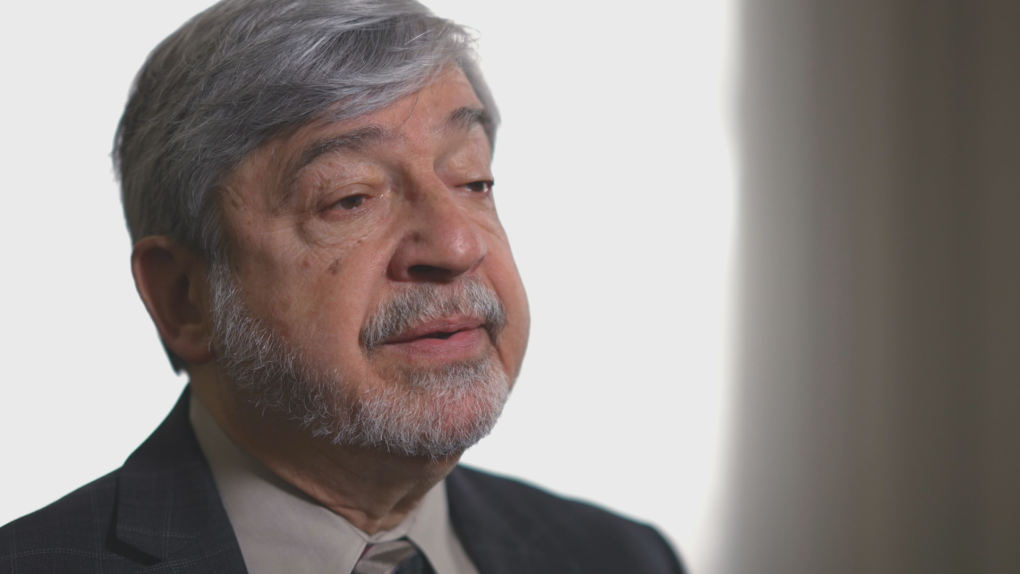 Professor Peter Jaffe, an expert in violence against women and children at Western University in London, Ont., speaks with CTV W5.“They're at risk in terms of emotional and psychological well-being by being in that environment, and they may be at risk for being hurt in the crossfire or being killed in extreme cases,” he says.

Jaffe says judges have to take domestic violence more seriously. “It's a life and death issue that somebody is prepared to abuse their partner and who presents with significant risk factors; that partner may kill the children,” Jaffe says.

It may be hard to believe, but in Canada, 30-40 kids are killed by their parents each year.

According to Jaffe, the perpetrators of child homicides by parents in Canada are 60 per cent fathers and 40 per cent mothers.

“Women kill related to mental health disorders, postpartum depression,” Jaffe said. “Men tend to kill as an act of revenge for their partner leaving the relationship.”

Jaffe says the problem is often that judges want both parents to have access to their children, which he admits is a great idea for the majority of separated or divorced couples.

“But unfortunately, for 10 to 20 per cent of couples who separate where there's some serious issues around child abuse and domestic violence or intimate partner violence, those issues need to be thought out quite differently,” Jaffe adds.

After her ordeal, Jennifer is advocating for mandatory domestic violence training for judges. A new private members bill, dubbed ‘Keira’s law,’ which would expand judicial training for intimate partner violence and coercive control, is set to have a second reading in the House of Commons at the end of April.