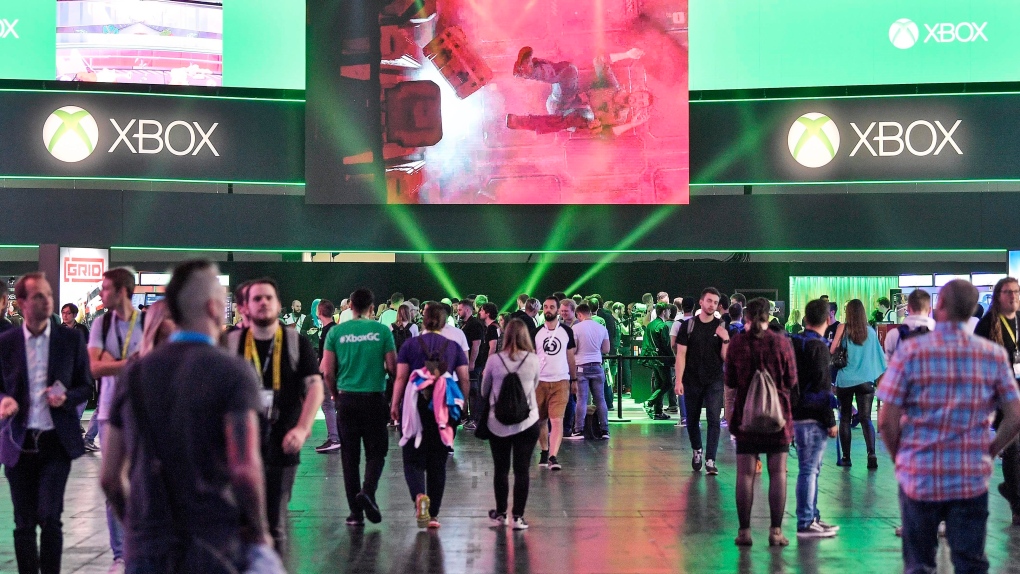 Visitors walk to the microsoft Xbox stand at the Gamescom in Cologne, Germany, Tuesday, Aug. 20, 2019. Hundreds of thousands will check out the latest video games this week at the biggest event in the gaming industry. (AP Photo/Martin Meissner)

STOCKHOLM -- Microsoft on Sunday showcased 30 upcoming games and said most of those titles will be available on its monthly subscription service, Xbox Game Pass.

The company said it would launch new games on Game Pass every month through the end of the year, including titles such as PC strategy series "Age of Empires IV" and racing game "Forza Horizon 5."

One of Microsoft's big-ticket games, "Halo Infinite," is now set for a holiday launch this year after being delayed due to the challenge of developers being stuck at home during coronavirus restrictions.

Several of the game launches announced by Microsoft at the E3 conference came from video game publisher Bethesda, behind hits such as Fallout and Doom. Microsoft last year bought ZeniMax Media, parent company of Bethesda, for $7.5 billion.

Both Microsoft and Sony launched their next-generation gaming devices in November last year and have seen heightened demand for the consoles as gamers stuck at home due to the pandemic snapped up the devices.

Gaming analytics firm Newzoo forecasts that the global games market will generate revenue of $175.8 billion in 2021, with 2.9 billion players, and surpass $200 billion in 2023.

Microsoft has also been developing its cloud gaming service to attract casual gamers and its own streaming devices.

Game Pass has hundreds of games playable on Xbox consoles, Android devices and PCs with a $9.99 monthly fee.

"What makes us different from a service like Netflix is that we give players both options, a subscription package and also a full retail store," said Phil Spencer, head of Xbox.