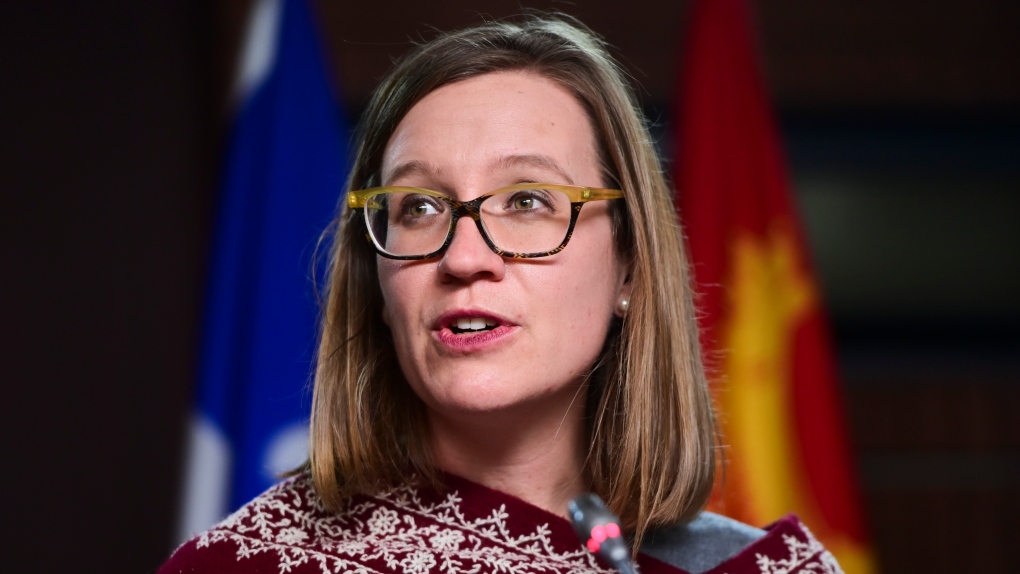 OTTAWA -- The federal government will provide $115 million in aid over two years for millions of Venezuelan asylum seekers living in countries in South and Central America and the Caribbean, said International Development Minister Karina Gould.

The continued departure of refugees and migrants from Venezuela is one of the largest external displacement crises in the world with over 5.6 million people leaving the country in the last few years, the United Nations refugee agency says.

A donors conference hosted Thursday by Canada raised US$954 million in grants committed by 30 countries and US$600 million in concessional loans pledged by the Inter-American Development Bank and the World Bank, Gould said.

The conference aimed to raise US$1.44 billion needed to implement a response plan put together by 159 organizations across the countries that host refugees and migrants from Venezuela. The plan is aimed at establishing longer-term resilience and integration solutions for close to 3.3 million Venezuelans and host community members.

Gould said the refugee crisis is having a significant effect on host countries especially during the COVID-19 pandemic, and Canada wants to help them aid Venezuelan asylum seekers through food assistance, health care, education and employment opportunities.

"It is a very fragile situation right now," she said in an interview.

"So many Venezuelan migrants were the first to lose their jobs, and have had a really difficult time regaining employment because of the pandemic."

UN High Commissioner for Refugees Filippo Grandi told the conference that one out of four Venezuelan immigrant and refugee children are now separated from one or both of their parents. One-third of them go to bed hungry and nearly two-thirds have not made it to school since the start of the pandemic, he said.

"This conference comes at a critical juncture," Grandi said.

"As the COVID-19 pandemic continues to ravage Latin America and the Caribbean, refugees and migrants from Venezuela are facing growing protection challenges."

Eduardo Stein, who is the joint special representative of the UN High Commissioner for Refugees and the International Organization for Migration, told the conference the exodus of Venezuelans risks becoming a forgotten crisis.

The host countries have shown solidarity with Venezuelan refugees during the COVID-19 pandemic but their national capacities have been dangerously strained by the virus.

"The task is more challenging than ever," Stein said.

The international community has a responsibility to support hosting countries to ensure regional stability, as a shortfall in funding would leave hundreds of thousands unprotected, with few options to rebuild a life in dignity, he added.

UN Secretary-General Antonio Guterres said many Venezuelans had no option but to leave their country after six consecutive years of economic contraction and social and political crisis.

Gould said Canada has separated the humanitarian crisis in Venezuela from the political crisis there to avoid politicizing the assistance.

"That is a really important principle to stand by to ensure that (the aid) gets to the people who need it," she said.

However, Gould said the crisis in Venezuela is not the result of a conflict or a natural disaster but a political crisis and the only way to solve it will be through a political solution.

"Canada, through the work of the minister of foreign affairs and the Lima Group, is actively involved in trying to find a political solution."

This report was first published by The Canadian Press on June 17, 2021