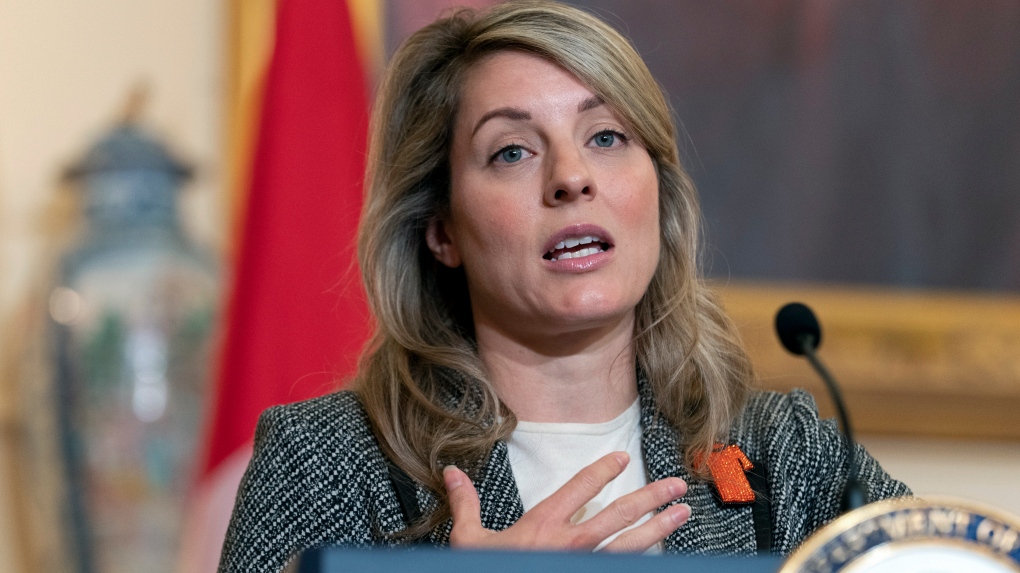 Foreign Affairs Minister Melanie Joly is trying to help broker a plan to get Haiti on its feet after a gas shortage that has sparked violence, as Latin American countries focus on growing inequality.

"We need to be in crisis-management mode," she said in a Wednesday interview from Peru.

"There is no security in Haiti right now; gangs have taken control of all levels of society."

She was speaking at the start of the general assembly of the Organization of American States, which includes most countries across the Americas.

In Lima, Joly will convene a meeting with Haiti and nearby countries to push for a plan to fix fuel shortages that have caused protests, looting and a health-care collapse.

She said that should include sanctions for gang members who are blocking access to the Varreux fuel terminal and a governance plan to weed out corruption.

"We need to support a Haitian-led solution, and we need to push (political) parties because the status quo is not an option."

Joly said Canada will also try to fight online misinformation that blames soaring inflation on the United States, instead of on Russia's invasion of Ukraine.

"Russia is targeting the very anti-American sentiment that you can hear and feel in parts of our hemisphere, and we need to call out any form of lies that they've been spreading in order to sow divisions," she said.

Maxwell Cameron, a University of British Columbia political science professor who specializes in Latin America, said Joly will have to be careful in how she raises the issue of Ukraine.

"It doesn't seem as if the (Canadian) government has been particularly proactive in the diplomatic context in the Western Hemisphere, or in other spheres, though it is certainly focused on Ukraine," Cameron said.

He noted that some countries like Brazil have not taken a firm line in the Ukraine conflict, while non-democratic states have generally aligned with Russia.

Countries like China have growing influence in the region at the expense of Canada and the U.S., Cameron said. Leaders are more focused on issues of economic polarization and rising authoritarianism than power struggles in Europe, he added.

"There is an opportunity for Canada to step up and play a somewhat larger role, and should do that -- but I don't see that happening."

But Joly noted that Russia's war has led to food shortages in parts of South America, and gas becoming unaffordable in some small Caribbean states.

"Inequality is linked to the compounded crises that many people across the hemisphere are facing," she said.

For years, members of the Organization of American States have debated whether to include non-democratic countries. Cuba's membership is on hold, while Nicaragua pulled out this year after condemnation of its human rights record.

Venezuela is technically still a member of the group, though countries including Canada tried to have a delegate of the democratic opposition represented, instead of one sent by Nicolas Maduro's brutal dictatorship.

"This is not the kind of context Canada hoped to be operating in," Cameronsaid.

"These are difficult times for a country like Canada that wants to be as much as possible a neutral broker that embraces multilateralism and democracy, that isn't being seen as aligned perfectly with the United States."

But Cameron said after little success, leaders must now decide how much they can work with the regime.

"One has to be pragmatic," he said.

"You no longer have a figure inside of Venezuela who can claim that legitimacy, so it's time for a reset of that policy; it's time to look beyond Guaido."

Cameron said a shift to authoritarianism in Guatemala and El Salvador raises further questions, but he said stronger democracies like Colombia can partner with Canada.

Joly said Canada maintains relations with Cuba while speaking out strongly against authoritarian states such as Venezuela.

"We condemn the human rights violations of the Maduro regime, and we are asking and pushing for parties to go back to the negotiation table," she said.

"Many countries are facing dramatic budget issues and we cannot let them down because (in) doing so, we are letting down millions of people."

Ontario Energy Board warns of scammers impersonating its employees

Door-to-door sales have been banned in Ontario since March 2018, but that’s not stopping aggressive sales staff from pitching expensive long-term rental contracts for items like furnaces and air conditioners.