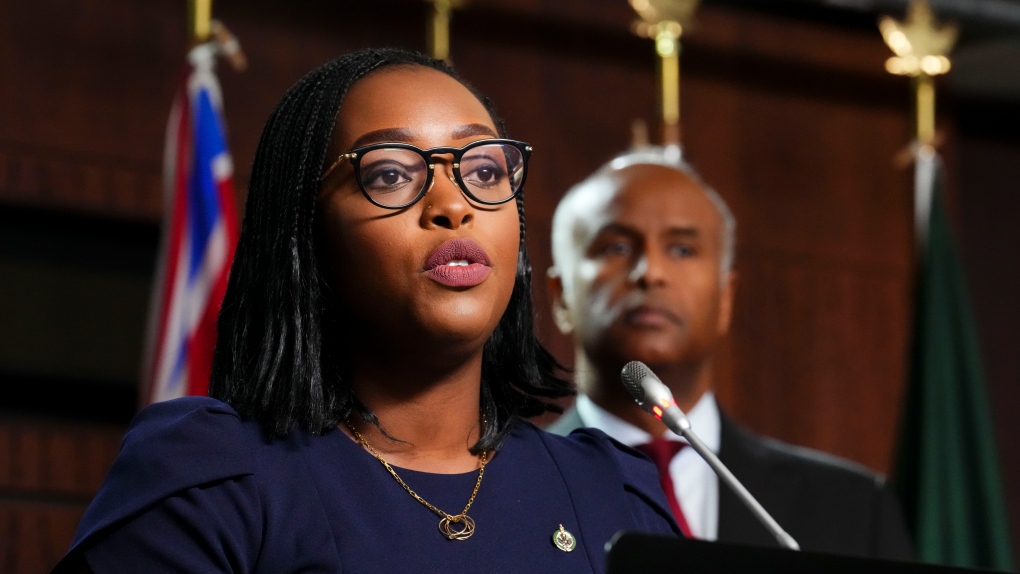 Liberal member of Parliament Arielle Kayabaga speaks as she joins Ahmed Hussen, Minister of Housing and Diversity and Inclusion, during a press conference on Parliament Hill in Ottawa on Monday, Oct. 3, 2022, regarding support for Black community initiatives. THE CANADIAN PRESS/Sean Kilpatrick
OTTAWA -

The most recent federal budget allocated $200 million to establish the Black-led Philanthropic Endowment Fund as a sustainable source of money to support Black communities.

The government says the fund is intended to support Black-led charities and non-profit organizations, given the systemic barriers Black communities face.

The call for proposals, announced by Diversity and Inclusion Minister Ahmed Hussen, was designed following a series of virtual roundtables and online engagement with 150 Black stakeholders.

Black-led and Black-serving not-for-profit organizations and charities are invited to submit a proposal to be the intermediary who administers the fund.

Organizations are being asked to make submissions by noon EST on Nov. 25, with the successful organization to be announced by spring 2023.

This report by The Canadian Press was first published Oct. 3, 2022.