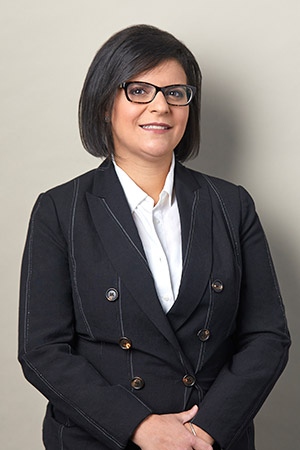 Mary Nersessian is Executive Producer, Audience Growth & Development, a position she moved into in March 2022. Previously, she was the Senior Producer for CTVNews.ca, leading the award-winning national digital team. Since joining CTV News in 2004, Mary Nersessian has held several roles in the digital landscape, and has spearheaded coverage on everything from royal weddings to Olympics to several federal elections. She specializes in stories on immigration, genocide studies, parenting, health, women’s issues, social media and book publishing. She also has a keen interest in copy editing and training journalists in writing for web.

Mary holds a Bachelor of Journalism and certificate in Book Publishing from Toronto’s Ryerson University. Her work has appeared in The Globe and Mail, the Toronto Star and Quill & Quire magazine and she has sat on panels at Ryerson University’s journalism school and also at the RTDNA conference. She was selected from women around the world to be a part of the 2021 cohort of the Online News Association's Women's Leadership Accelerator.

She speaks English and Armenian and understands conversational Bulgarian.

Mary has extensive experience in digital media and is part of the team that won the RTDNA's Digital Media Award in 2015, as well as the Canadian Online Publishing Awards' Best Media Website and Best Digital Solution awards in 2015.

In 2016, she also shared in the Ron Laidlaw Award for continuing coverage awarded by the RTDNA for the CTV News digital team's coverage of Election 2015. She was also a member of the team that was recognized with the 2020 RTDNA Canada Network Award for Excellence in Innovation for the Truth Tracker fact-checking series during the 2019 federal election campaign.