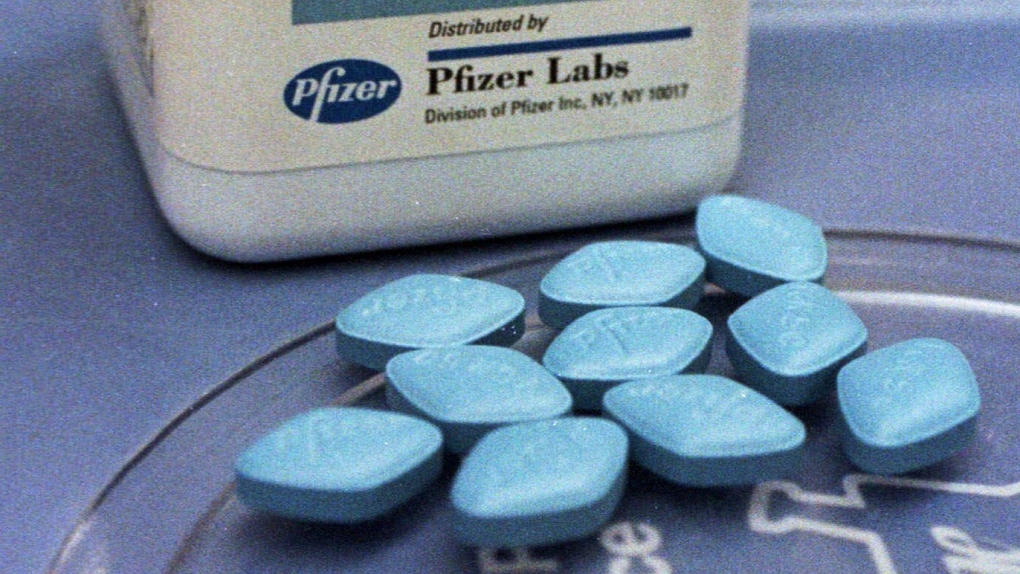 Pfizer Canada will reduce the price of Viagra, bringing the cost in line with generic versions. (AP / Toby Talbot)

TORONTO -- Pfizer Canada is cutting the price of Viagra, bringing the cost in line with generic versions of the erectile dysfunction drug.

The price drop follows a ruling from the Supreme Court of Canada earlier this month that invalidated the Viagra patent held by the pharmaceutical giant.

"We are committed to ensuring that Viagra patients can continue to have access to the original brand at a competitive price," said spokeswoman Julie-Catherine Racine.

For a package of four Viagra pills, with each pill at 100 milligrams, the new price is about $37, she said. The price had been about $49.

The new prices are now in effect, she added.

The Nov. 8 decision by the high court threw open Canada's market for generic erectile dysfunction drugs. The Supreme Court, in an unanimous 7-0 ruling, annulled Pfizer's Viagra patent, saying it tried to "game" the Canadian system. The high court sided with Teva Canada's challenge of the legitimacy of the patent, paving the way for generic versions.

The decision has big implications for users of erectile dysfunction drugs and the pharmaceutical industry because it allows companies to create generic versions, which are usually cheaper for consumers.

Pfizer obtained the patent in 1998 after applying four years earlier. It was first challenged by the generic drug maker in 2007. Teva originally questioned Pfizer's patent in Federal Court and the Federal Court of Appeal, but lost at both levels.

The ruling wiped out Pfizer's market dominance with Viagra. Its patent had been scheduled to expire in 2014.

Hours after Teva won its appeal before the high court, it posted notice of its own generic version on its website -- the first commercial challenge to Pfizer's 14-year Viagra monopoly.