Virtual cashiers? How a Toronto company is addressing a staffing shortage from a distance

Virtual cashiers? How a Toronto company is addressing a staffing shortage from a distance

With so many restaurant owners desperate to find workers, could virtual cashiers taking orders via video chat from places like Bolivia or Nicaragua be a solution?

Toronto-based startup Percy believes the time for such an idea has come and hopes to rapidly expand into the U.S., with one of its virtual cashiers set to begin work in Las Vegas this week.

Percy’s virtual cashiers were already spotted at some Toronto Freshii restaurants in November.

The service sees restaurants place a screen at the order desk. Customers talk to a live person who is thousands of kilometres away at a call center. They take the order, pleasantly suggest options or add-ons and plug it all into a system that tells on-site workers in the kitchen what meals need to be prepared.

There are currently around 100 Percy workers at call centres in Pakistan, Nicaragua and Bolivia.

"We have franchise owners message us and say it’s an absolute life saver," said Angela Argo, who is a co-founder of Percy.

The latest data from Statistics Canada shows the food and hospitality sectors have lost roughly 171,000 workers since the COVID-19 pandemic began.

Restaurants have been hit particularly hard and have had trouble finding and retaining staff.

“We were having restaurant owners call us and say, I need a Percy tomorrow, or I can't open my doors. My staff quit, or three of them got COVID and they can't come in for two weeks,” Argo said. 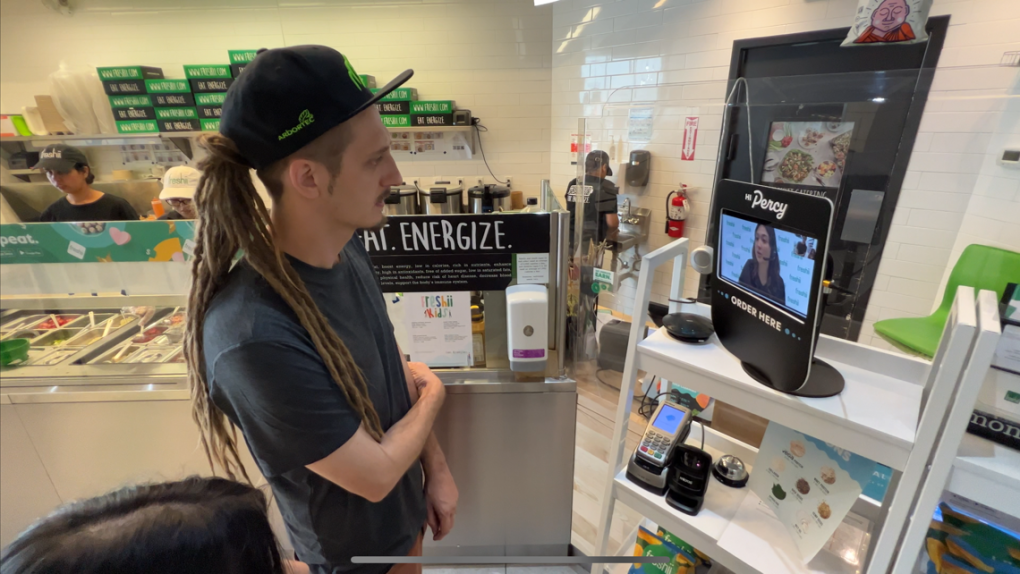 A Percy virtual cashier is seen working remotely at a Freshii restaurant.

Rajesh Patel is a Freshii franchise owner who has been using Percy for several months.

“If someone calls in sick or we have team member on holiday we can use Percy for this.” Patel said.

Some have been outraged by the outsourcing of such jobs, however. They have also pointed out that the workers do not make anywhere near the minimum wage they would be guaranteed in Canada.

Argo says the workers do make at least two to three times their local minimum wage. In Bolivia minimum wage is around $5,000 a year. In Pakistan it’s closer to $2,000.

“For someone living in Pakistan, it's much higher than a wage they’re used to seeing and they're able to have a really incredible quality of life,” says Argo.

CTV News arranged with the company to speak with one of the workers in Bolivia who said she really loves her job.

“I love to do customer service and the people in Canada have been so nice,” she said.

“Their first reaction is this is weird,” she said, but added customers quickly get used to it.

“I get to interact with people that are out of my country. I also can practice my English.” 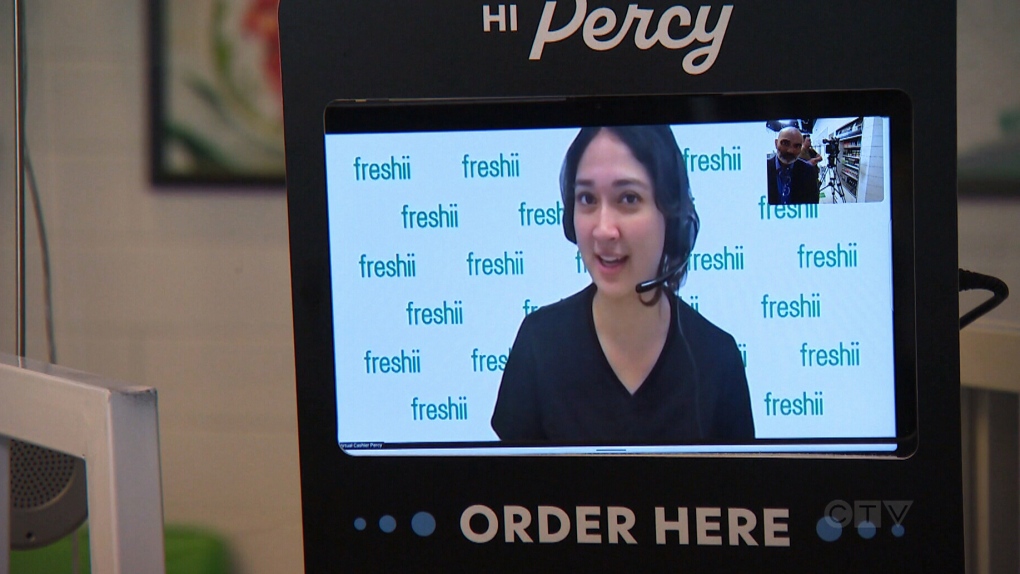 A Percy virtual cashier is seen working remotely at a Freshii restaurant.

Asked what they thought of the service, most customers seemed supportive.

“I think it will take time to get accustomed to, but it’s great,” said one.

“In this day and age nothing seems weird anymore,” said another customer with a laugh.

Though one person said he thought the human element was still missing and that you expect to see someone in-person taking your order.

Many companies, particularly retailers, have been replacing cashiers with self-checkout machines. Argo says his company is creating job for humans.

“These are people working. You see their smiling faces. It’s a net benefit.”

Ian Lee, an associate professor with Carleton University’s Sprott School of Business, says this all the result of a massive labour shortage that could last the next 50 years.

"We have the lowest unemployment in the history ever of Canada and it's going to get worse, not better,” he said. Lee notes the birth rate in Canada is far below the replacement level and older Canadians have been leaving the workforce.

“There's a desperate shortage of workers and these technologies are not taking jobs away from anybody. We do not have enough workers. We are short, almost a million workers right now as we speak in Canada alone. And that's what's driving this.”