Starbucks is launching an energy drink 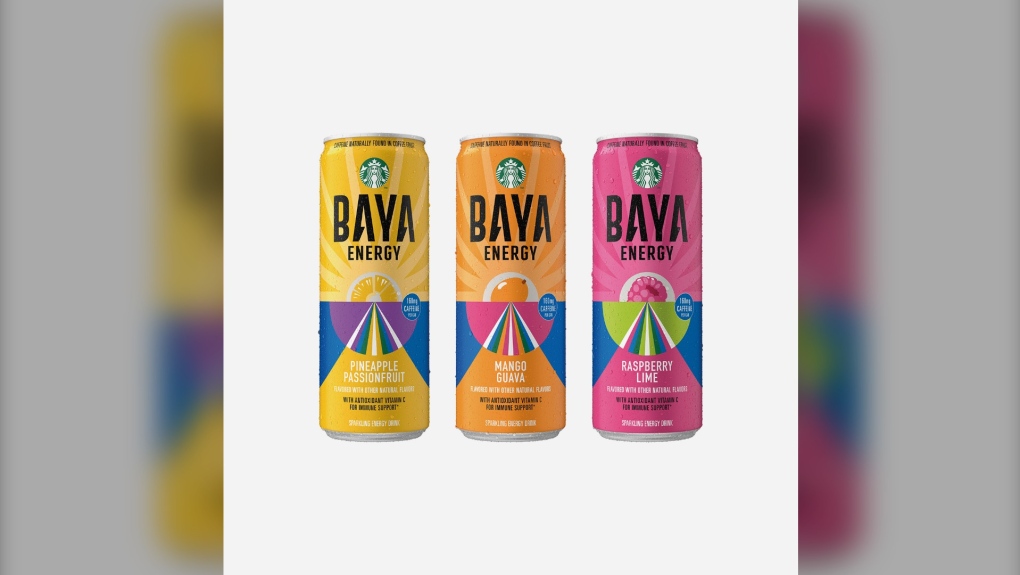 Starbucks is giving customers new ways to perk up by giving them a line of energy drinks called Starbucks Baya Energy and a bunch of fresh flavors in the grocery aisle. (Starbucks via CNN)

Starbucks is giving customers new ways to perk up: a line of energy drinks called Starbucks Baya Energy and a bunch of fresh flavours in the grocery aisle.

Baya will be available for purchase at stores and online starting this week, and will go on sale at U.S. Starbucks stores on March 1. The drink comes in three flavors: mango guava, raspberry lime and pineapple passionfruit. Each 12-ounce can has 90 calories and 160 mg of caffeine. It has a suggested retail price of US$2.89.

For Starbucks, the beverage offers a way to break into an attractive new market.

"We have always listened to customers and kept an eye on emerging trends to determine what to create next," said Chanda Beppu, VP of Americas channel development at Starbucks. "Most recently, we've seen a steady increase in energy drink consumption."

The fast-growing U.S. energy drink retail market reached US$18 billion in 2021, up from about $16 billion in 2020, according to market research firm Euromonitor International.

But it may not be that easy for Starbucks to get a piece of the pie.

The energy drink market is "dominated by a small number of brands that have intense consumer loyalty and strong brand equity," said David Henkes, senior principal at Technomic.

There are a few ways to break into the space, but each has its own challenges. Established brands can launch an "energy" version of an existing product. But customers might not be interested in that type of beverage, Henkes said. He described Red Bull as "the grand daddy incumbent." Monster and RockStar are also leaders in the space.

Coca-Cola, for example, tried to nab a piece of the market with Coke Energy, introducing it in North America in early 2020. But customers didn't bite, and the company pulled the product from the region in 2021, just over a year after it first launched.

Another option is to introduce a completely new product to the market. But "creating a new brand from scratch requires an intensive amount of investment and time to build it up," Henkes said. To get customers' attention, any newcomer will have to set itself apart.

Starbucks is hoping that Baya's ingredients will make it stand out from the crowd.

Unlike its main competitors, Baya uses coffee fruit and beans for caffeine. Baya also has 90 mg of vitamin C, which could help it appeal to "customers looking for a boost they can feel good about," Beppu said.

In addition to Baya, Starbucks is rolling out new versions of old favorites in the grocery aisle.