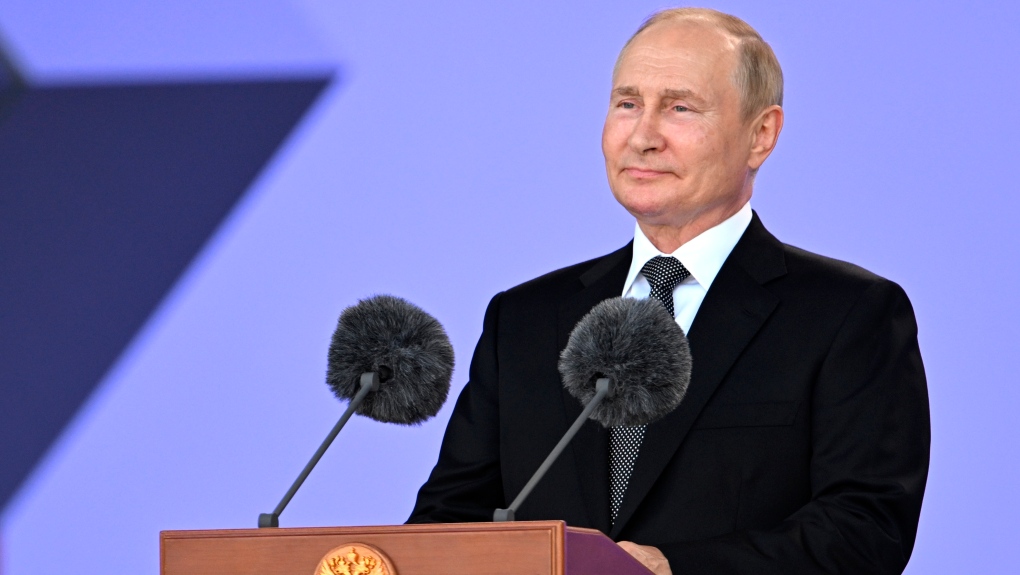 Russian President Vladimir Putin signed a decree on Monday that revived the Soviet-era "Mother Heroine" award for women with 10 children or more, in an apparent attempt to alleviate a demographic crisis in the country.

Originally, the honor was introduced by Joseph Stalin after the Second World War, when the Soviet population plunged by tens of millions.

The award stopped with the collapse of the Soviet Union in 1991.

Once it comes back in existence, a payment of 1 million rubles (C$21,576) will be given to Russian mothers once their 10th child turns one, if all have survived.

According to the latest Rosstat statistics published this summer, Russia's population shrank by an average of 86,000 people per month between January and May, a record.

In addition Russia is suffering heavy losses among troops in Ukraine, but the true number of casualties has not been disclosed.

In an attempt to relieve the population crisis in the country, the Kremlin has also focused on promoting traditional values.

Meanwhile, an estimated 75,300 migrants have left Russia. Some citizens are fleeing the country in the light of the Ukrainian war and a domestic political crackdown, search data, immigration figures and flight information show.

For example, Google searches for the term "How to leave Russia?" in the Russian language hit a 10-year high inside the country within a week of the invasion of Ukraine on February 24.

Russians' interest in the topic of "emigration" on Google also quadrupled between mid-February and early March. Searches around "travel visa" almost doubled, and for a Russian equivalent of "political asylum" they jumped more than five-fold.

During a 30-day period in March, Australia, Turkey and Israel were some of the top trending destinations in search, alongside Russia-friendly Serbia and Armenia, as well as Georgia -- which Russian troops invaded in 2008.