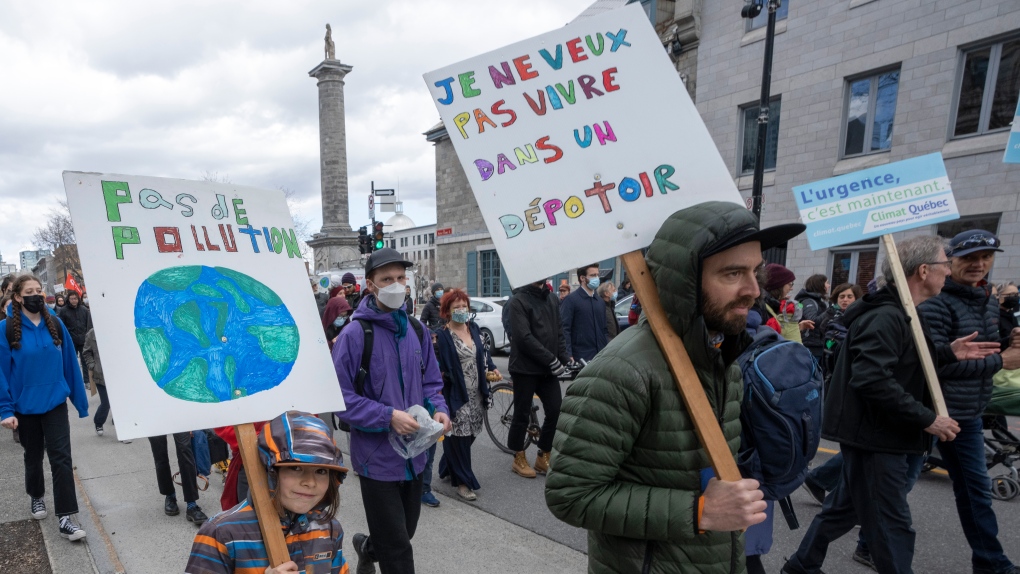 Canadians will learn on Thursday whether the Supreme Court is willing to step up to the plate and hear a case concerning the rights of future generations in the fight against climate change and global warming.

The stakes couldn’t be higher and the case deserves to be heard.

That case against the federal government is a class action brought by a Quebec-based environmental group called ENJEU (short for Environnement Jeunesse, meaning environment and youth). They have thus far been heard in the Quebec Superior Court and Court of Appeal, and they have fallen short in both instances. The sums involved ($100 for every person under 35 in the province) are not earth-shattering and the money would go to projects to fight climate change and adapt to its effects.

Far more importantly, what is at stake in the Supreme Court decision is the role of the courts in our society. Since the Quebec courts have sidestepped the issue, the Supreme Court is the only remaining institution in our democracy that can help force the Canadian government to meet its international obligations.

There have been precedents, particularly in the Netherlands, where the courts have indeed forced the government to meet specific greenhouse gases (GHG) reduction goals. This is an existential question for future generations and when one of the branches of government completely fails in its role, the courts can be quite creative in moving into the breach.

Over the weekend, Environment Minister Steven Guilbeault once again illustrated why Canada has become an international laggard in the fight against climate change and why, as a result, this Supreme Court decision has suddenly become much more important.

In a radio interview, Guilbeault had this to say: "[We] recognize that some of the measures that will be needed to achieve those deep emission reductions might require more time than what we have between now and 2030…I'm not saying today it's necessarily going to be 2032, but the companies have said it could be 10 years, which would bring us to 2032."

Those 2030 targets were the same ones Guilbeault used to justify the approval of a major new offshore fossil fuel project just a few months ago. The announcement of the Bay du Nord project came the same week that the Secretary General of the United Nations released a startling new IPCC report and pleaded with world leaders not to approve any new fossil fuel projects. Guilbeault and Trudeau rationalized that after 30 years as an international outlier, Canada was just about to get it right so…we could approve the project.

By Monday, Guilbeault was in full damage control and produced this pearl: "Basically, these companies would be able to use carbon credits to meet some of the regulatory emissions reductions requirements. But again, it would be for a short amount of time, for a short period, two years, and it would be in limited quantity."

When the Trudeau Liberals approved the Bay du Nord project, they turned a deaf ear to the international consensus and took a decision that would be politically popular in a province where the Liberals hold almost all of the seats. Short-term gain for long-term pain.

That’s where the ENJEU legal challenge hopes to make a difference.

When the Liberals signed the Kyoto Protocol, they had no plan. Jean Chrétien’s former chief of staff Eddie Goldenberg famously admitted that it was about “galvanizing public opinion”. In other words, it was a political communications exercise, not an environmental decision. That might help explain why Canada went on to have one of the worst records in the world for greenhouse gases emission increases after signing Kyoto.

Canada also went on to become the first country in the world to withdraw from the Kyoto Protocol, the only others being Australia and Russia.

You don’t have to be a climate scientist to understand what you’re seeing around the world this summer. The extreme heat and record temperatures in Europe and the uncontrolled wildfires in California have been modelled and predicted for years now. We knew this was coming, yet successive Canadian governments dithered, denied and delayed.

What’s left other than the courts to force them to act? Even a once respected environmentalist like Guilbeault tries to justify the unjustifiable. Let’s put his arguments to the test in court with real rules of proof and evidence, not political and bureaucratic rationalization.

The Wagner Court is graced with some of the best legal minds to have ever sat on the Supreme Court. That perhaps explains why it has been unable to have any consistent philosophy or approach: too many first class people digging in to show how they can parse, distinguish and, far too often, dissent.

The Lamer Court gave life to the Canadian Charter of Rights and Freedoms and, in particular, to minority language rights. The McLachlin Court will be remembered for its groundbreaking decisions on indigenous rights.

This case, about the environment, sustainable development and the rights of future generations, could become one that also begins to define this court…for the future.