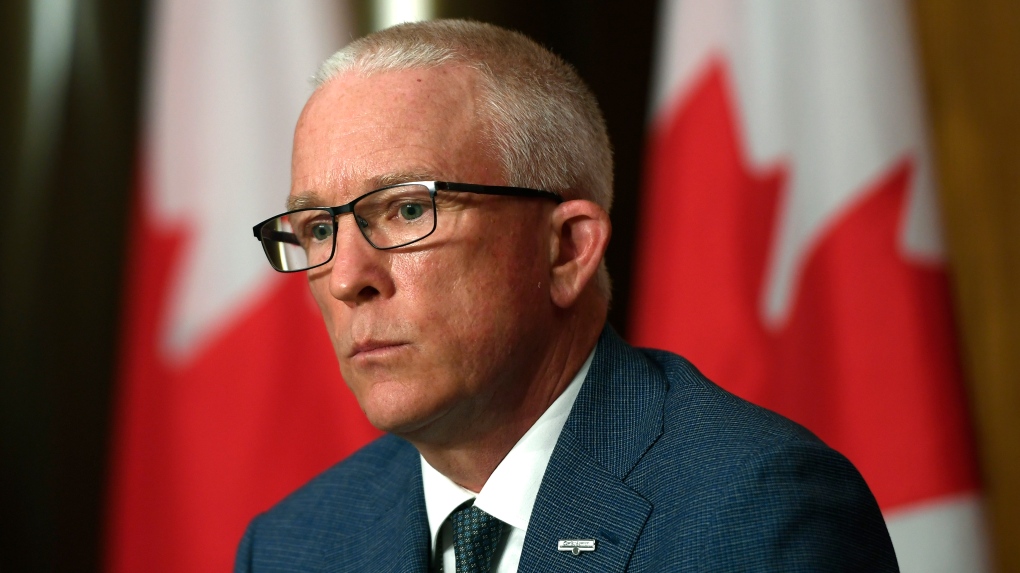 Gregory Lick, the National Defence and Canadian Armed Forces Ombudsman, speaks during a news conference after releasing a position paper on the ongoing misconduct crisis in the Canadian military in Ottawa on Tuesday, June 22, 2021. THE CANADIAN PRESS/Justin Tang

OTTAWA -- The Department of National Defence says it's launched an online tracker to help keep staff informed on its efforts to improve culture within the ranks.

The Canadian Armed Forces have been rocked in recent months by a series of allegations of sexual misconduct, including among several of its most senior members.

The defence department issued a statement today saying it's committed to creating a respectful and inclusive workplace for all.

It says part of that effort includes taking steps to improve the culture within the department and being transparent about those steps with departmental staff, military members and the broader Canadian public.

The department says the online tracker, which was launched today, will provide updates about the work taking place between now and March 31, 2022.