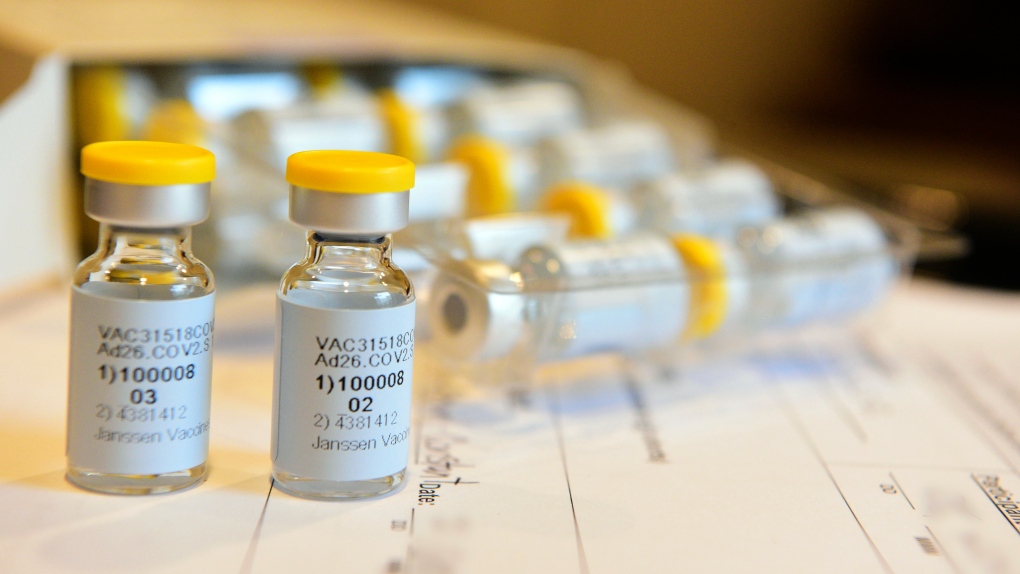 This September 2020 photo provided by Johnson and Johnson shows a single-dose COVID-19 vaccine being developed by the company. (Cheryl Gerber/Courtesy of Johnson & Johnson via AP, File)

LONDON -- Britain will be the first country to run final stage trials of an experimental coronavirus vaccine being developed by the pharmaceutical company Janssen, a subsidiary of Johnson & Johnson.

Scientists will begin recruiting some 6,000 people across the U.K. on Monday for the 12-month trial.

Dr. Saul Faust, who is helping lead the study, said the research will start first in Britain but aims to recruit a total of 30,000 people in six countries around the world.

The shot uses a harmless cold virus to deliver the spike protein of the coronavirus into the body, which scientists hope will prompt an immune response.

Faust said the news from Pfizer and its German partner BioNTech last week that their vaccine appears to be 90% effective according to preliminary data was a welcome boost for their research.

“It's fantastic news that vaccines aimed at the spike protein can prevent coronavirus disease,” Faust, a professor of pediatric immunology and infectious diseases at the University of Southampton, said at a news briefing.

“We just don't know how each of these vaccines is going to behave and which are going to generate the better short and long-term immunity,” he added.

Faust said half of the people in the new U.K. study will be given a placebo vaccine of saline. He added that researchers are hoping to recruit people from groups disproportionately affected by COVID-19, including older people and those of ethnic minorities.

The Jannsen vaccine is among the six experimental coronavirus vaccines that Britain has ordered as part of a planned 350 million-dose stockpile.

Moderna's coronavirus vaccine is 94.5 per cent effective, according to company data

'It's time for the hammer' to get second wave under control: Dr. Sharkawy