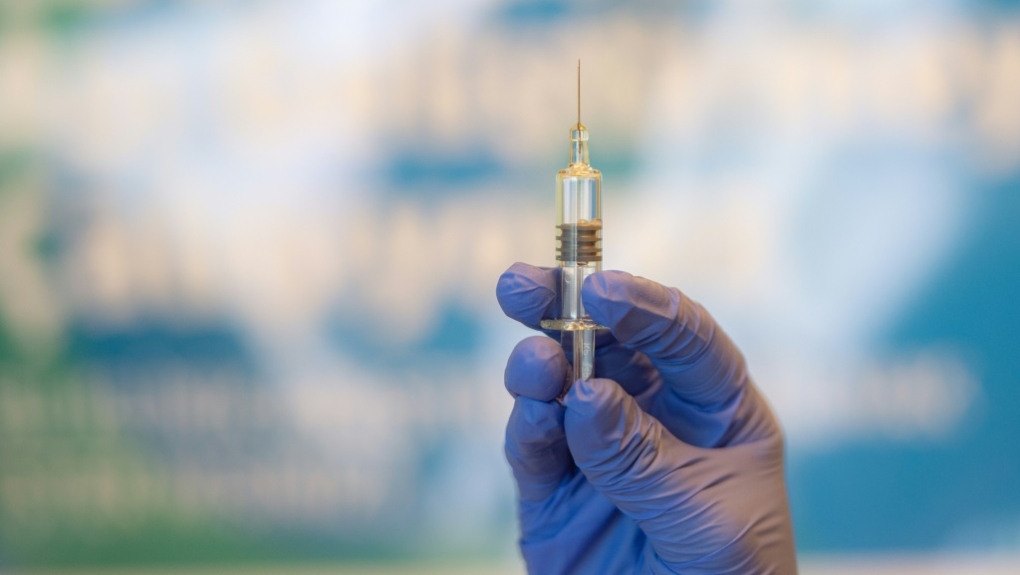 TORONTO -- With a second large pharmaceutical company announcing promising trial results for a potential COVID-19 vaccine, Canadian companies are gearing up to pitch in to the logistical challenges of storing millions of doses in hyper-cold temperatures.

Guelph, Ont.-based Danby, maker of compact appliances such as fridges, freezers, microwaves, and air conditioners, will soon announce the production of a new line of -80 C freezers, company CEO and owner Jim Estill told CTVNews.ca in a phone interview.

He said the company is finalizing specifications and will officially announce the new line next week. He said full production will take about 120 days, “which is not out of line with the timing of the need.”

Estill expects super-cold storage will be required in hospitals, pharmacies and courier hubs across Canada to handle an estimated 70 million vials of vaccines that require two doses for each recipient.

The Schomberg, Ont.-based distributer is fielding inquiries from doctor’s offices, hospitals and the Red Cross, he said.

360 Medical’s supplier Haier Biomedical, which is based in China, has reassured that supply of hyper-cold storage equipment won’t be an issue, said Greco.

Moderna made headlines Monday with its reports that preliminary clinical trial data of its vaccine candidate show 94.5 per cent effectiveness in preventing COVID-19.

Both companies are developing what are called mRNA vaccines, a new technology that doesn’t include any of the coronavirus itself, but instead contains a piece of genetic code that trains the immune system to recognize the virus. Both need cold storage, but the requirements vary.

“mRNA vaccines are essentially brand new, but they are the vaccines of the future. The need now is for the coronavirus, but it will be used for other vaccines, too,” said Estill.

Moderna and Pfizer both said they would seek permission for emergency use from U.S. regulators within weeks.

The news provides some hope while COVID-19 cases surge in Canada, the U.S. and many parts of the world. But the challenge of producing and distributing a future vaccine to millions in this large country with a highly dispersed population looms large.

Never mind that every country in the world will be vying for vaccine supply at the same time.

Canada has signed deals with seven vaccine developers, including Pfizer and Moderna, to reserve millions of doses of approved vaccines.

Purolator CEO John Ferguson said Canada has the necessary supply chain infrastructure in place to handle the challenge and his company is ready, too, to deliver a vaccine to hospitals, clinics, pharmacies, and long-term care facilities.

“We are used to shipping across Canada to every nook and cranny, every city, every suburb and every rural area,” he said in a phone interview from Toronto.

“This is on a big scale but I feel confident Canada is in good shape.”

Extreme cold storage will be required at central distribution hubs, where vaccine vials may stay for days or weeks. But during the “last mile” courier delivery that Purolator specializes in, temperatures can be maintained by ice packs, dry ice or other packaging, said Ferguson.

The distribution system is already in place to handle flu vaccines and other immunizations, along with a wide range of time-sensitive cancer therapeutics and other drugs, said Ferguson.

Distributing a COVID-19 vaccine will build on that experience, with Purolator adding dedicated workers, equipment and trucks.

“This is going to take governments, manufacturers and supply chain all pulling together to make sure this is done right.”

Danby, which has been in operation in Canada since 1947 and also owns a subsidiary in the United States, launched a medical refrigerator last year and has been ramping up its engineering since the emergence of COVID-19, said Estill.

“We are pulling out all the stops. It’s a top priority of the company,” said Estill, who has owned Danby since 2015.

“This can make a very meaningful impact in the world. A vaccine is no good if it can’t be distributed or stored.”

Danby has also pivoted into building ventilators in partnership with Canadian medical device maker Baylis Medical, and has built about 6,500 of an intended 10,000. The company has also donated 500 UV-light air purifiers to the Toronto District School Board.

An ongoing challenge of production geared to COVID-19 response is securing the necessary components, which are in short supply, said Estill.

Danby’s first hyper-cold freezer will be about 10 cubic feet, or roughly half the size of a large consumer chest freezer, and will cost C$10,000. That size will be easily shipped and will plug in to a normal wall outlet, said Estill, but future production will include a range of sizes.

“The complexity of building an -80 C freezer is massively huge. It’s not at all a simple freezer, but we make half a million freezers a year, so we can do it.”

To compare how cold that is, Health Canada recommends that home freezers be set at -18 C or lower to keep food safe. Dry ice, which is solid state carbon dioxide, also freezes to a temperature of -80 C. Touching items frozen at those temperatures with bare hands for more than a second or so can result in frostbite that could require hospital treatment.

Pfizer Canada spokesperson Christina Antoniou said in a statement provided to CTVNews.ca that the company is “working with urgency” with governments, and public health authorities to “determine the logistics of the vaccine distribution in Canada, pending regulatory approval.”

She said the company will manufacture a vaccine at multiple sites in the U.S. and Europe and will transport on a “just in time” system.

“For Canada, our distribution approach will be to largely ship from our manufacturing sites direct to the point of use.”

Pfizer will use dry ice in to maintain storage temperatures for up to 15 days, along with GPS-enabled thermal sensors in each “thermal shipper” that can be tracked at each stage of delivery.

“These GPS-enabled devices will allow Pfizer to proactively prevent unwanted deviations and act before they happen,” she wrote.

Depending on their formulation, vaccines could have different storage requirements.

Moderna says its COVID-19 vaccine candidate can be stored at normal refrigerator temperatures (2 C to 8 C) for up to 30 days and at -20 C for up to six months. It’s also stable at room temperature for up to 12 hours, company data has shown.

Pfizer’s candidate will require long-term deep freeze, says the company. That has led to a run on ultra-cold freezers in the U.S., but is raising concerns that rural hospitals won’t be able to afford the units, which cost up to US$15,000 each.

Medical news site STAT says the Centers for Disease Control and Prevention has advised state health departments against purchasing ultra-cold freezers, with the idea that other vaccines with less demanding storage requirements will be available soon.

Moderna's coronavirus vaccine is 94.5 per cent effective, according to company data

'It's time for the hammer' to get second wave under control: Dr. Sharkawy