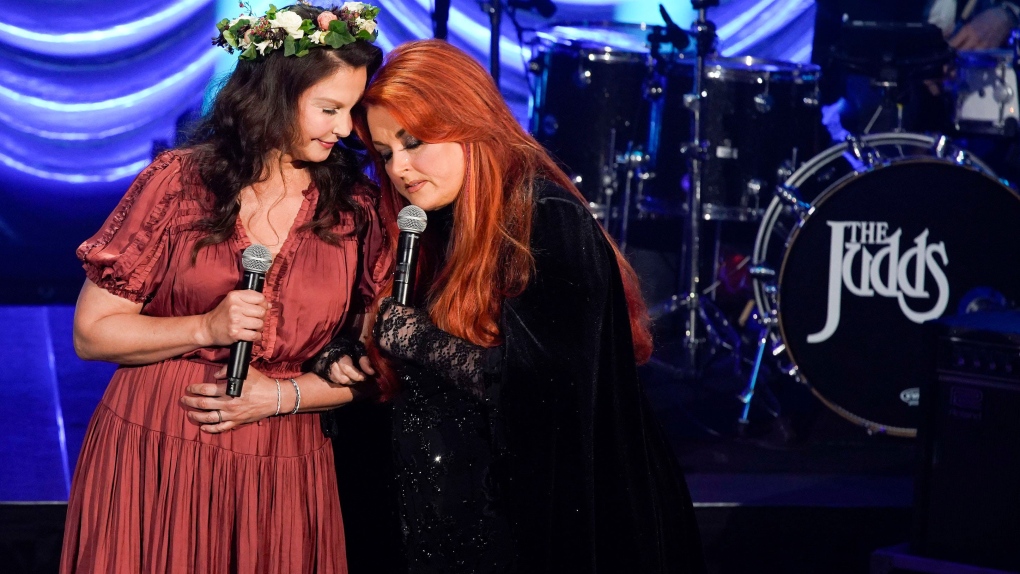 Wynonna Judd, right, has addressed speculation that she and her sister Ashley Judd are locked in a battle over their late mother Naomi Judd's will. (CNN-George Walker IV/Tennessean.com/USA Today Network)

Wynonna Judd has addressed speculation that she and her sister Ashley Judd are locked in a battle over their late mother Naomi Judd's will.

The Judd matriarch died by suicide in April at the age of 76, and Wynonna Judd told People magazine she was at Ashley's home when someone told her that the sisters were said to be fighting.

According to the singer, who performed with her mother as the country duo The Judds, her mother's husband of 33 years, Larry Strickland, is executor of her mother's estate.

She said she has no plans to contest the will and that she and her sister plan to "split" the estate after the death of Strickland.

"I am the last person in this family — and if Ashley was here, I'd hope she'd agree with me — who knows stuff like this," Judd said. "I'm not savvy enough to go, 'I'm going to contest the will.' It never occurred to me."

Editor's note: If you or someone you know is struggling with suicidal thoughts or mental health matters, please call the Suicide & Crisis Lifeline at 988 or 800-273-8255 to connect with a trained counselor, or visit 988lifeline.org.