Johnny Depp: 'Not one of you' is safe with 'cancel culture' 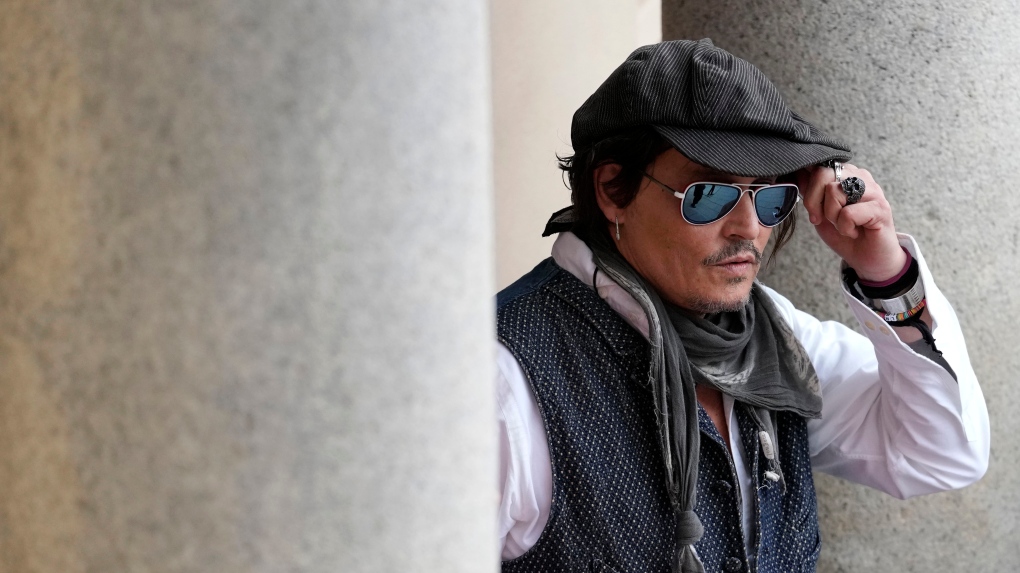 SAN SEBASTIAN, SPAIN -- Taking center stage in a prestigious Spanish film festival to receive a top career award, actor Johnny Depp presented himself as a victim of the "cancel culture" that, he said, has spread across the cinema industry.

Depp was addressing questions on Wednesday by reporters at the San Sebastian International Film Festival about the loss of Hollywood's favour for new roles ever since his ex-wife, actress Amber Heard, went public with allegations of domestic violence against him.

A British judge last year found the allegations to be "substantially correct."

"It's a very complex situation, this cancel-culture, or this instant rush to judgment based on essentially what amounts to polluted air," the 58-year-old actor responded.

"It's got so far out of hand that I can assure you, no one is safe. Not one of you, so long as someone is willing to say one thing."

Female filmmakers and other groups had criticized the organizer's decision to distinguish Depp with the Donostia Award, the festival's highest honour, saying it tarnished the event's image and delivered the wrong message to victims of gender violence.

Last year, Depp lost a libel case against a British newspaper that accused him of domestic violence, with the judge on the case ruling the allegations were "substantially correct." In March, a British court refused Depp permission to appeal the ruling that he assaulted his former wife, Amber Heard, saying his attempt to overturn the decision had "no real prospect of success."

Depp is also suing Heard for US$50 million in Virginia over a Washington Post op-ed essay that she wrote about domestic violence. The trial in that case was recently delayed until April 2022.

Spain's Association of Female Filmmakers and Audiovisual Media, which has close links to the festival, said that awards should not be granted based only on professional or artistic achievements.

"What is the message that remains when men denounced for sexist violence are applauded, photographed on red carpets, surrounded by unconditional fans?" the association, known as CIMA, wrote in a Twitter thread in which it acknowledged the "complexity" of the issue.

The actor, who played the famous Jack Sparrow in "Pirates of the Caribbean" and leading roles in "Edward Scissorhands" and "Sleepy Hollow," spoke to reporters hours before the award's gala. The controversy emerged despite the festival's request for media questions to be constrained to Depp's career. A press conference moderator blocked a question from a reporter about the CIMA's criticism.

"It takes one sentence, then there's no more ground, the carpet has been pulled," Depp said without mentioning Heard or the libel cases.

"It's not just me that it's happened to. It's happened to a lot of people: women, men, children have suffered from various types of unpleasantries that sadly at a certain point they begin to think it's normal, that it's them. It's not," he said.

The actor also talked about how the coronavirus pandemic has brought more people to watch movies on screens at homes rather than going to cinemas, which closed during lockdowns.

"The majority of the world went, 'You know, this ain't bad. We can sit and watch this thing at home. We can cook some popcorn, as opposed to the idea of a guy who makes $700 a week and wants to take his wife and kids out to dinner and a movie on the weekend, which is a $200 deal. I think the Hollywood movie machine has a few design flaws they are just realizing."

"I'm glad I saw it coming, personally," he added.

Asked about his views of the industry's health, particularly in the U.S., Depp said that "Hollywood is certainly not what it was."

"The grudge matches, the pandemonium and chaos of cinematic release to streaming... It is a case of, 'No matter what, I'm going to get mine."' the actor said. "That's where these people are coming from. They realize they are just as disposable as I am. Some even more."

The San Sebastian International Film Festival, held in northern Spain, takes place Sept. 17-25 this year. Depp was scheduled to receive the award late on Wednesday in what is the actor's third appearance at the event.

Aritz Parra in Madrid contributed to this report.