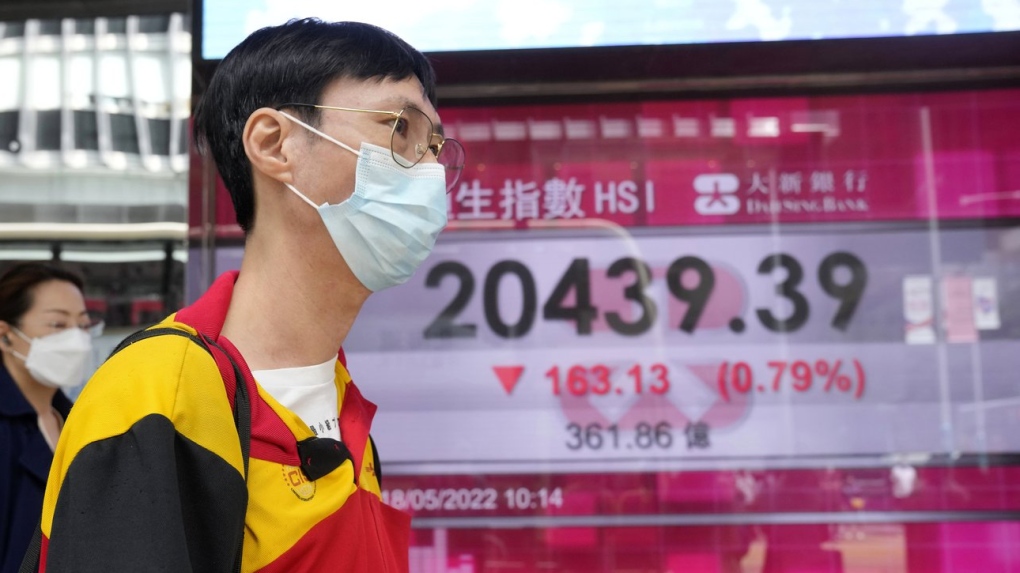 Target lost a quarter of its value after reporting earnings that fell far short of analysts' forecasts, while citing higher costs. The report comes a day after Walmart said its profit took a hit from higher costs. The nation's largest retailer fell 6.6%, adding to its losses from Tuesday.

The weak reports stoked concerns that persistently rising inflation is putting a tighter squeeze on a wide range of businesses and could cut deeper into their profits.

Bond yields fell. The yield on the 10-year Treasury fell to 2.92% from 2.97% late Tuesday. Utilities held up better than the rest of the market as investors shifted money to investments that are considered less risky.

The disappointing report from Target comes a day after the market cheered an encouraging report from the Commerce Department that showed retail sales rose in April, driven by higher sales of cars, electronics, and more spending at restaurants.

Stocks have been struggling to pull out of a slump over the last six weeks as concerns pile up for investors. Trading has been choppy on a daily basis and any data on retailers and consumers is being closely monitored by investors as they try to determine the impact from inflation and whether it will prompt a slowdown in spending. A bigger-than-expected hit to spending could signal more sluggish economic growth ahead.

The Federal Reserve is trying to temper the impact from the highest inflation in four decades by raising interest rates. On Tuesday, Fed Chair Jerome Powell told a Wall Street Journal conference that the U.S. central bank will "have to consider moving more aggressively" if inflation fails to ease after earlier rate hikes.

Investors are concerned that the central bank could cause a recession if it raises rates too high or too quickly. Worries persist about global growth as Russia's invasion of Ukraine puts even more pressure on prices for oil and food while lockdowns in China to stem COVID-19 cases worsens supply chain problems.

The United Nations is significantly lowering its forecast for global economic growth this year from 4% to 3.1%. The downgrade is broad-based, which includes the world's largest economies such as the U.S., China and the European Union.