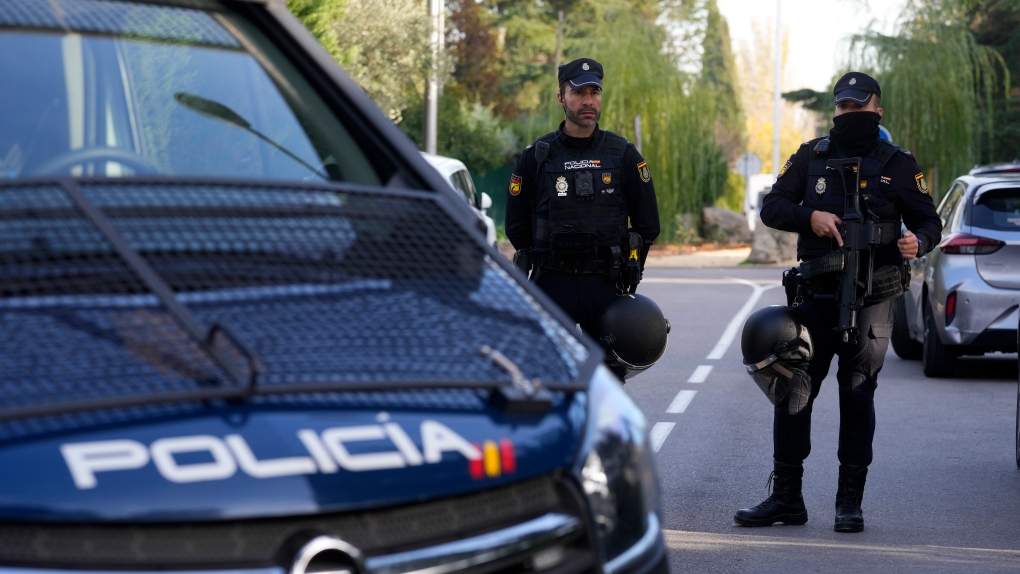 Police officers stand guard as they cordon off the area next to the Ukrainian embassy in Madrid, Spain, Nov. 30, 2022. AP Photo/Paul White, file)
Madrid -

Three parcels containing animal eyes and addressed to Ukraine's embassy in Madrid and consulates in Barcelona and Malaga were intercepted at offices of the national postal company, Spanish police said Monday.

Seven European countries, including Spain, reported Friday that similar packages had arrived at their Ukrainian embassies or consulates last week. Ukraine's ambassador to the Vatican also reported that the entrance to his Rome residence was vandalized Thursday afternoon with what he believed to be animal feces.

A security guard at the Ukrainian Embassy in Spain's capital was injured Nov. 30 while opening a parcel addressed to the ambassador. Four more letters containing explosive devices were intercepted during the next 24 hours, including one sent to the U.S. Embassy in Madrid.

Spain's National Court is investigating the explosive parcels as an act of terrorism. According to the initial investigation, the packages were mailed from within Spain.