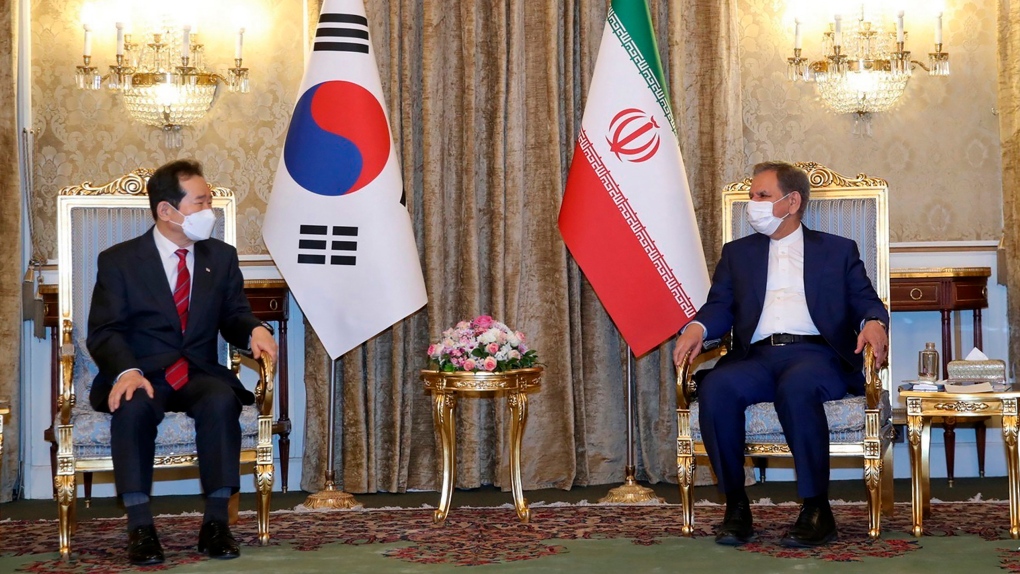 The South Korean Foreign Ministry said Seoul had paid the sum using Iranian assets frozen in the country after consulting with the United States Treasury -- a potential signal of flexibility amid floundering nuclear negotiations.

The ministry said it expected Iran's voting rights to be restored immediately after their suspension earlier this month for delinquent dues.

Iran's mission to the United Nations did not immediately respond to a request for comment. But Iran state television's English-language arm Press TV quoted Iran's permanent representative to the UN as confirming that the dues had been paid and Iran's voting rights would soon be restored. He did not specify how the money had been paid.

"The Islamic Republic of Iran, as an active member of the United Nations, has always been committed to paying its membership dues on time," Majid Takht-e Ravanchi said. He expressed outrage at the U.S. for what he called its "brutal and unilateral sanctions against Iran" that have prevented Tehran from gaining access to funds to pay the arrears for the past two years.

The funds had been impounded at Korean banks under sanctions imposed by former President Donald Trump after he withdrew the U.S. from Tehran's landmark nuclear deal with world powers.

The U.S. Treasury Department's Office of Foreign Assets Control must grant a license for these transactions under the American banking sanctions imposed on Iran. The Treasury did not immediately respond to a request for comment on the unfrozen funds.

The Biden administration wants to restore the 2015 nuclear deal, which granted Iran sanctions relief in exchange for curbs on its nuclear program.

Diplomats are now engaged in delicate negotiations to revive the accord in Vienna, although a breakthrough remains elusive as Iran abandons every limitation the deal imposed on its nuclear enrichment. The country now enriches a small amount of to 60 per cent purity -- a short, technical step away from weapons grade levels -- and spins far more advanced centrifuges than allowed.

Under the United Nations Charter, a nation that owes the previous two full years' worth of dues loses its voting rights at the General Assembly.

A letter from Secretary-General Antonio Guterres circulated earlier this month revealed that Iran was among several delinquent countries on that list, which also includes Venezuela and Sudan. The General Assembly can make exceptions to the rule, determining that some countries face circumstances "beyond the control of the member."

According to the secretary-general's letter, Iran needed to pay a minimum of US$18.4 million to restore its voting rights.

Iran also lost its voting rights in January of last year, prompting Tehran to lash out at the U.S. for imposing crushing sanctions that froze billions of dollars in Iranian funds in banks around the world. Tehran regained voting rights last June after making the minimum payment on its dues.

Iran over the past few years has pressured Seoul to release about US$7 billion in revenues from oil sales that remain frozen in South Korean banks since the Trump administration tightened sanctions on Iran.

The frozen funds hang in the balance as diplomats struggle to revive the nuclear deal. Senior South Korean diplomats including Choi Jong Kun, the first vice foreign minister, flew to Vienna this month to discuss the fate of the assets with their Iranian counterparts.

Ten children in Canada were found to be suffering from severe acute hepatitis not caused by known hepatitis viruses over a nearly six-month period recently, the Public Health Agency of Canada announced Friday.