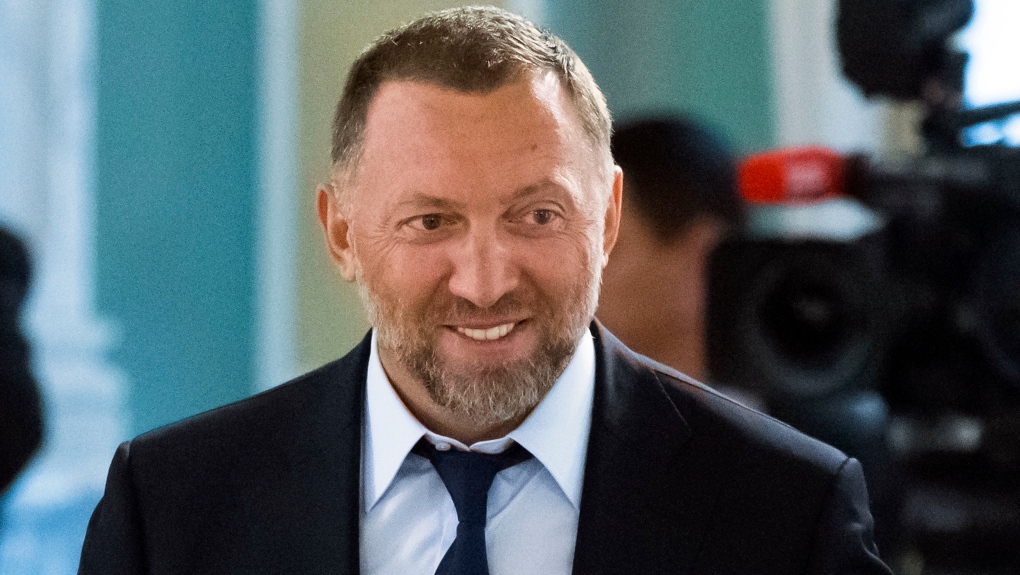 Billionaire Oleg Vladimirovich Deripaska has been subject to U.S. sanctions since 2018, when the U.S. Treasury Department said he acted for or on behalf of a senior Russian official and operated in the energy sector of the Russian economy.

He was added to Canada's own sanctions list this year after Russia's invasion of Ukraine.

Despite being prohibited from obtaining U.S. goods and technology, the FBI alleges that Deripaska directed co-conspirators to make millions in proceeds in that country on behalf of him and one of his companies, Basic Element.

Andrew C. Adams, a Manhattan federal prosecutor who heads a task force pursuing crimes by Russian oligarchs, said in a release that Deripaska sought to benefit from life in America "despite his cosy ties with the Kremlin and his vast wealth acquired through ties to a corrupt regime."

Deripaska and two others, Russian citizen Natalia Mikhaylovna Bardakova and American citizen Olga Shriki, were charged with conspiring to violate and evade U.S. sanctions. Shriki is also charged in relation to destruction of records for allegedly deleting electronic records related to the sanctions evasion.

A U.S. Department of Justice news release says Shriki, who is from New Jersey, bought and sent gifts to North American social contacts on Deripaska's behalf -- including two flower deliveries to a person described as "a then-former Canadian Parliament member."

Shriki was arrested this morning and is the only person in custody. Her lawyer, Bruce Maffeo, declined to comment when asked about the deliveries.

The release also describes an alleged scheme to make sure that Deripaska's baby would be born in the U.S. so the child could take advantage of the health care system and benefits of a U.S. birthright.

Shriki and the mother of the child, Ekaterina Olegovna Voronina, are charged with making false statements to federal agents.

Following the birth, Deripaska's three co-defendants conspired to conceal the name of the child's true father by slightly misspelling the child's last name, the indictment said.

The indictment included demands that Deripaska and his co-defendants forfeit assets in the U.S., including a Washington, D.C., property and two Manhattan properties.

With a file from Dylan Robertson and with files from The Associated Press.

Russia freed WNBA star Brittney Griner on Thursday in a dramatic high-level prisoner exchange, with the U.S. releasing notorious Russian arms dealer Viktor Bout, American and Russian officials said. The swap, at a time of heightened tensions over Ukraine, achieved a top goal for U.S. President Joe Biden, but carried a heavy price -- and left behind an American jailed for nearly four years in Russia.

Prince Harry and his wife, Meghan, offered a sweeping indictment of Britain's media and the racism they believe has fuelled coverage of their relationship in a Netflix documentary series that promises to tell the "full story" of the couple's estrangement from the Royal Family.