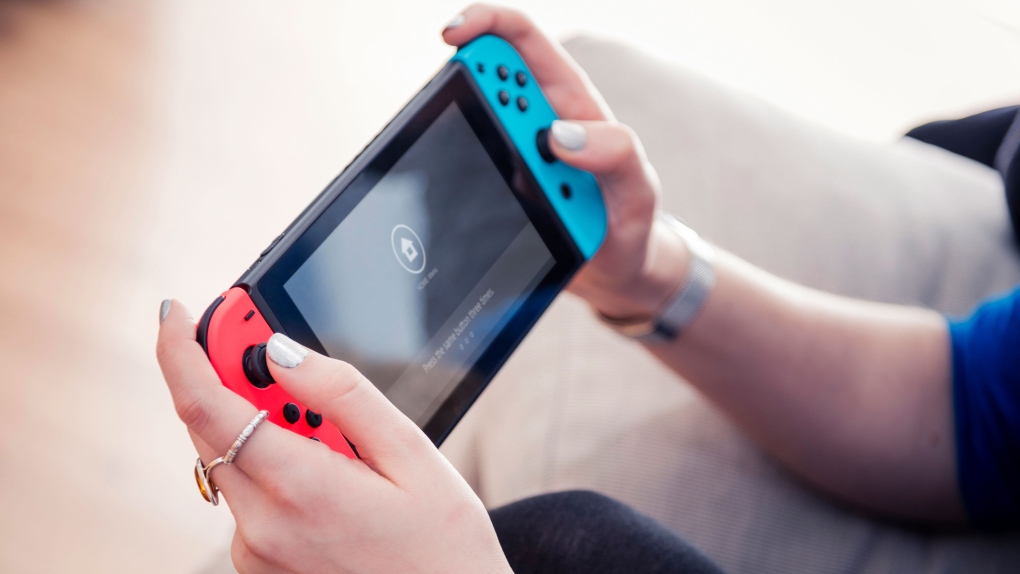 A young woman playing video games on a Nintendo Switch home consoleon March 7, 2017. (James Sheppard/Future via Getty Images/CNN)
TOKYO -
Nintendo's profit in the April-June quarter rose 28 per cent from a year earlier on healthy demand for its games, although its console sales were dented by a shortage of semiconductors.

The Japanese video game maker behind the Super Mario and Pokemon franchises said Wednesday its profit in the last quarter totaled 118.9 billion yen (US$895 million), up from 92.7 billion yen in the same period in 2021.

Quarterly sales fell 4.7 per cent to 307.4 billion yen (US$2.3 billion), according to Kyoto-based Nintendo Co.

Other game makers, such as Sony Group Corp., automakers like Toyota Motor Corp. and other manufacturers have been hurt by shortfalls in supplies of the chips that run most modern products.

While those supply chain disruptions are largely due to the pandemic, game companies got a big boost in demand from COVID-19, which had people stuck at home and turning to games for entertainment. As pandemic precautions ease, that spike in sales is wearing off.

Hit games have also driven console sales, such as "Animal Crossing: New Horizons." Among the games that were released and did well during the last quarter were "Nintendo Switch Sports," which sold 4.84 million units, and "Mario Strikers: Battle League."

The company expects to sell 21 million Switch machines for the fiscal year. More than 100 million users played the Switch over the last year, according to Nintendo.

The company kept its profit forecast for the fiscal year through March 2023 unchanged at 340 billion yen (US$2.6 billion).