Ex-Minneapolis officer who killed 911 caller to be released

Ex-Minneapolis officer who killed 911 caller to be released 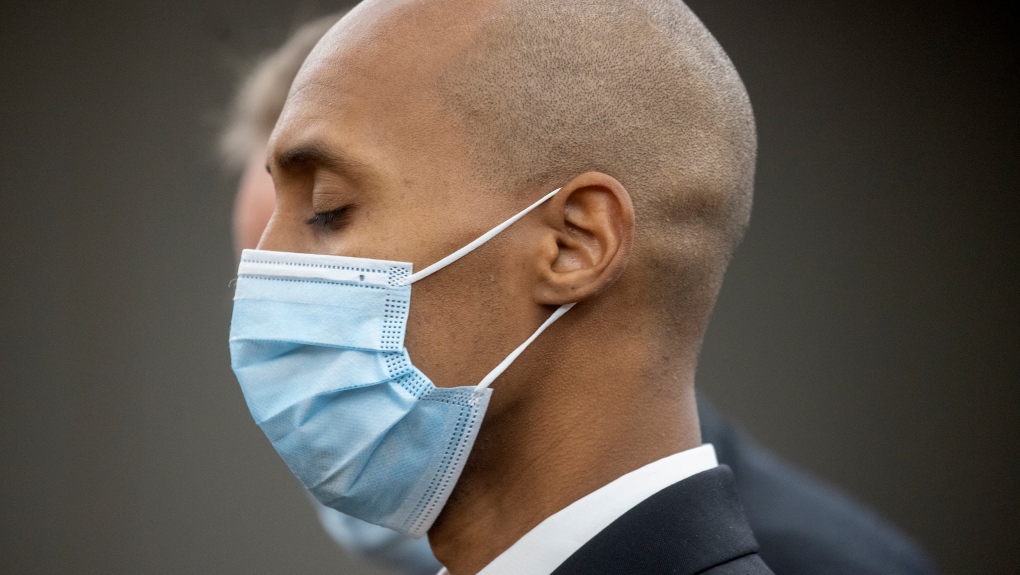 The former Minneapolis police officer who fatally shot an unarmed woman who called 911 to report a possible sexual assault in the alley behind her home is scheduled to be released from prison next week, months after his murder conviction was overturned and he was resentenced on a lesser charge.

Mohamed Noor, 36, is scheduled to be released from custody Monday, according to online Department of Corrections records.

Noor was initially convicted of third-degree murder and manslaughter in the 2017 fatal shooting of Justine Ruszczyk Damond, a 40-year-old dual U.S.-Australian citizen and yoga teacher who was engaged to be married. But last year, the Minnesota Supreme Court tossed out his murder conviction and 12 1/2-year sentence, saying the murder charge didn't apply to the circumstances of this case.

He was resentenced to four years and nine months on the manslaughter charge.

"His release after a trivial sentence shows great disrespect to the wishes of the jury who represented the communities of Minneapolis and their wish to make a statement about the communities' expectations of police behaviour and actions," Ruszczyk wrote in response to emailed questions from The Associated Press.

After his conviction, Noor began serving his time at Minnesota's maximum-security prison in Oak Park Heights, but the Star Tribune reported he was transferred to a facility in North Dakota in July 2019 for his own safety. Department of Corrections spokesman Nicholas Kimball said Noor is still out of state, but did not specify where.

"For safety reasons, we aren't able to provide more detail than what is available on the public website, which is the scheduled date of release," Kimball said.

It wasn't clear whether Noor would return to Minnesota. His attorney, Tom Plunkett, declined to comment, saying, "at this point I just want to respect Mr. Noor's privacy."

Damond's killing angered citizens in the U.S. and Australia, and led to the resignation of Minneapolis' police chief. It also led the department to change its policy on body cameras; Noor and his partner didn't have theirs activated when they were investigating Damond's 911 call.

Noor testified at his 2019 trial that he and his partner were driving slowly in an alley when a loud bang on their police SUV made him fear for their lives. He said he saw a woman appear at the partner's driver's side window and raise her right arm before he fired a shot from the passenger seat to stop what he thought was a threat.

Damond was a meditation teacher and life coach who was killed about a month before her wedding. Her maiden name was Justine Ruszczyk, and though she was not yet married, she had already been using her fiancé's last name.

Her fiancé, Don Damond, declined to comment on Noor's pending release, but said during Noor's resentencing that he had forgiven the former officer, and that he had no doubt Justine also would have forgiven him "for your inability in managing your emotions that night."

Noor, who is Somali American, was believed to be the first Minnesota officer convicted of murder for an on-duty shooting. Activists who had long called for officers to be held accountable for the deadly use of force applauded the murder conviction but lamented that it came in a case in which the officer is Black and his victim was white.

Since Noor's conviction, former Minneapolis Officer Derek Chauvin, who is white, was convicted of murder in the May 2020 killing of George Floyd, a Black man who was pinned to the pavement under Chauvin's knee. Chauvin's colleague, Thomas Lane, pleaded guilty to aiding and abetting manslaughter, while two other officers are awaiting trial on charges of aiding and abetting both murder and manslaughter. All four have been convicted on federal charges of violating Floyd's rights.

In another case, former Brooklyn Center Officer Kim Potter was convicted of manslaughter after she said she mistook her Taser for her handgun when she fatally shot Daunte Wright, a 20-year-old Black motorist, during a traffic stop last year.

John Ruszczyk said in his email to the AP that his family believes state investigators and the Minneapolis Police Department did not fully co-operate with the investigation into his daughter's killing and he was disturbed by the agency's culture. He said he believes the department accepts using violence as a way to control challenging situations, which he said contributed to her death. He cited a recent report from the state Department of Human Rights which found that the agency has engaged in a pattern of race discrimination for at least a decade, including using force more often on people of colour.

"How could officers go out onto the streets in the roles of defenders of public safety and order with the attitude to their duties and obligations that allows them to shoot first and ask questions later?" he wrote.

This story has been updated to correct Noor's sentence on the manslaughter count to four years and nine months, not 41 months.