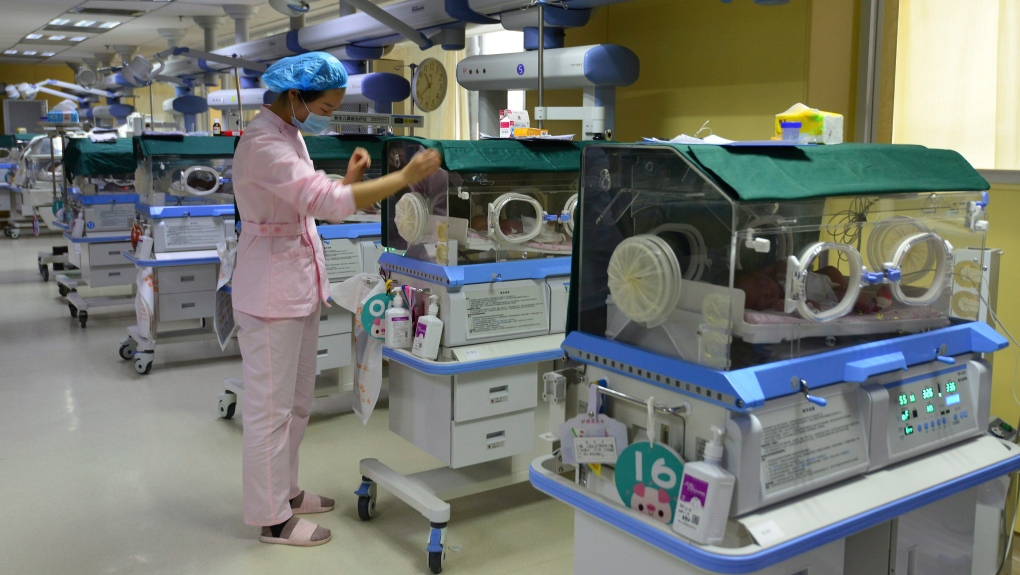 In this Jan. 19, 2019, photo, a nurse checks on the new-born babies under intensive care at a hospital in Fuyang in central China's Anhui province. (Chinatopix via AP)

BEIJING -- China will reduce the number of abortions performed for "non-medical purposes," the country's cabinet announced in new guidelines issued on Monday.

The State Council said action would also be taken to avoid unwanted pregnancies and to encourage men to "share responsibility" in preventing them. Authorities aim to improve sex education and strengthen post-abortion and post-childbirth family planning services, the ruling body added.

"The basic national policy of gender equality and the principle of giving priority to children need to be implemented in depth," said Huang Xiaowei, deputy director of the State Council's National Working Committee on Women and Children.

China has already enacted strict measures aimed at preventing sex-selective abortions, which have been criticized for contributing to gender inequality.

After years of trying to limit population growth, Beijing is pledging policies aimed at encouraging larger families. It said in June it would now allow all couples to have three children instead of two, while policies designed to reduce the financial burden of raising children are also being introduced.

It wasn't immediately clear whether Monday's measures were designed to address China's declining birth rate, which think-tanks and policy researchers have identified as one of its major social policy challenges in the coming decades.

Although China remains the world's most populous nation, the latest census showed population growth from 2011 to 2020 was the slowest since the 1950s. The population is expected to start to decline within a few years.

National Health Commission data showed that between 2014 and 2018, there had been an average of 9.7 million abortions per year, rising about 51 per cent from the 2009-2013 average despite a relaxation of family-planning policies in 2015 to allow each family to have two children. The data didn't specify how many abortions were for medical reasons. (Reporting by Roxanne Liu and David Stanway; Editing by Simon Cameron-Moore, Raju Gopalakrishnan and Pravin Char)