My interest in roadside zoos started with an email from a former colleague last April. It alerted me to news about a real estate listing unlike any I’d ever seen. A zoo for sale (!) in Southwestern Ontario; a turn-key operation that included 450 mammals, birds and reptiles… and a snack bar.

I found the realtor’s pitch for Greenview Aviaries Park and Zoo on YouTube. “There’s everything here from ducks and swans to literally lions, tigers and bears,” he proposed.

And all for the tidy sum of $4.5 million, a bargain in comparison to Toronto property prices. But the listing got me thinking – could just anyone buy or operate a zoo in Ontario?

Shockingly, in many parts of the province, the answer is yes.

Greenview Aviaries -- like at least a dozen other facilities in Ontario -- is what’s sometimes referred to as a roadside zoo. These operations, ranging from ramshackle animal collections to larger, established sites, are often unaccredited by any watchdog association. And in Ontario, all zoos are unlicensed.

Camille Labchuk, the Executive Director of Animal Justice, describes it this way: “Ontario is the Wild West. There's almost no oversight over zoos. There's no regulations and no licence required to set up a zoo. So I can't build a patio in my backyard without a permit, but I could open up a zoo and fill it with wild, dangerous, exotic animals.”

“We've got to remember that for us, it's just a few minutes of walking through and being momentarily entertained. But for animals, it's a lifetime of psychological and physical hardship,” she said. 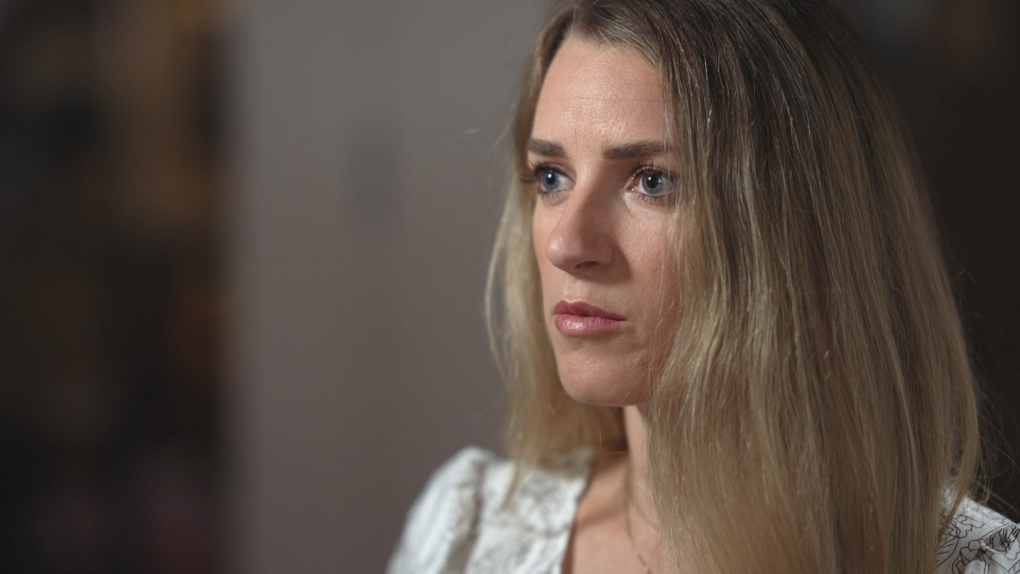 W5 teamed up with two organizations -- Animal Justice and World Animal Protection -- to expose the sometimes sub-standard and dangerous conditions at many of these facilities.

Over the summer, both organizations sent investigators, posing as tourists, to zoos across the province. They each collected hundreds of photos and video clips documenting animal welfare and public safety concerns at the facilities.

This past fall, World Animal Protection released a public-facing report and submitted a complaint about 11 facilities to the Provincial Animal Welfare Inspectorate, listing potential violations of Ontario’s Standards of Care Regulations.

Among their concerns – undersized enclosures that prevent animals from engaging in natural movements and behavior, housing of social animals in solitary conditions, and poor construction of enclosures that could lead to animal escapes.

“Most of these zoos, they keep the animals in very barren conditions, very hard flooring, no enrichment, very small cages,” she told W5.

“One of the scariest moments for me was seeing an enclosure with three tigers and the fence of the enclosure, significantly too low for these tigers to be kept behind.”

Ontario has a history of escapes from roadside zoos. These include a kangaroo escape from the Papanack Park Zoo in Wendover, Ont. in 2021. It wandered onto a nearby road and later died. In 2016, a lion escaped from that same zoo and had to be shot by zookeepers.

Mark Drysdale, who operated three Ontario zoos, knows about the challenges of caring for exotic animals.

“Things can always go wrong. Of course they do,” he said. 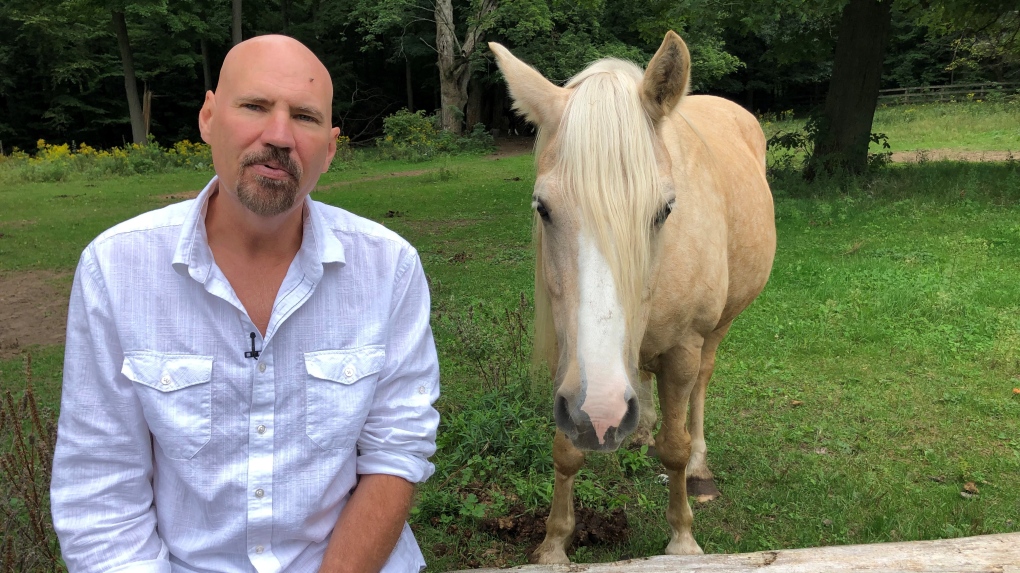 Mark Drysdale, who operated three Ontario zoos, knows about the challenges of caring for exotic animals. “Things can always go wrong. Of course they do,” he said. (CTV W5)

But because Ontario’s zoo operators aren’t required to be licensed, it’s largely up to individual municipalities to decide whether they want to restrict or allow exotic animal ownership.

After he encountered community opposition to his zoo in Wainfleet, Drysdale moved his animals to Grand Bend and then Maynooth, Ont. Each of these town’s municipalities ended up passing exotic animals bylaws to help force the closure of his facilities.

“We had these incidents that made me the enemy. People jumped on to it. And all of a sudden, you know, you're the bad guy,” Drysdale told W5.

What separates most roadside zoos from their better-known cousins like the Toronto Zoo is accreditation -- adherence to industry standards set by Canada’s Accredited Zoos and Aquariums, also known as CAZA.

Gabriela Mastromonaco is the Senior Director of Wildlife Science at the Toronto Zoo. 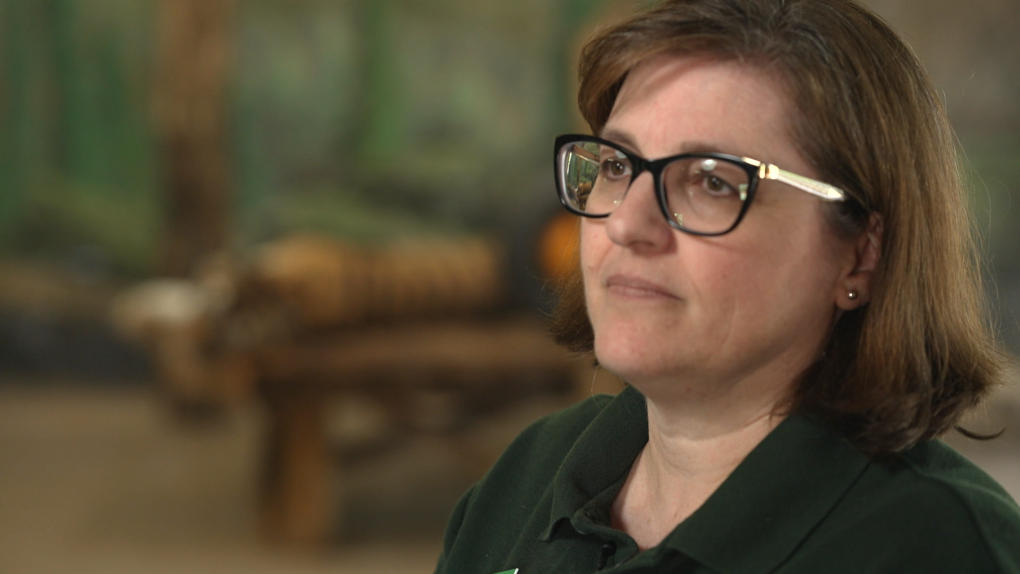 Gabriela Mastromonaco, senior director of wildlife science at the Toronto Zoo, says it would be ideal all of these unaccredited facilities could become accredited, but it's "going to take time, energy and resources that I know are not there right now." (CTV W5)

But some roadside zoo owners -- like Alicia Patten at Greenview Aviaries, the facility that was listed for sale earlier this year -- do want to meet accreditation standards. That zoo was one of the 11 named in World Animal Protection’s recent complaint to the Ontario government.

“A lot of things do need to be changed. It needs to be more structured for everybody's safety,” Patten told W5, referring to conditions at her recently purchased zoo.

“We're working with CAZA and are ready to try to get accredited by them, a huge long process. But I am committed to doing that.”

The Toronto Zoo’s Gabriela Mastromonaco understands that accreditation may not be immediately achievable for all zoos.

“We have to continue to try to protect those animals with legislation, with other kinds of support and with people, communities and professionals caring,” she said.

And while there is no horizon for zoo licensing in Ontario, a federal Bill, S-241, known as the Jane Goodall Act, is making its way through the Senate. If S-241 becomes law, it would limit owners from acquiring and breeding animals in unaccredited facilities.

A year after he quit the zoo business, even Mark Drysdale agrees that provincial or federal legislation would actually be helpful to owners of Ontario’s unaccredited zoos.

“Most of the people that I know that have these animals that are sensible people, they all say, if we just knew the rules, we could work around the rules.”