Gerald Landry always aimed to retire at 65, but at 51 years of age, he says, his body started shutting down, forcing him to quit work.

Landry blames the five weeks he spent working at the pulp and paper mill in Dryden, Ont., then owned by Weyerhaeuser, a large American forestry company.

Landry was hired to help build a recovery boiler project, which was supposed to clean the air for the town from all the odorous emissions from the mill. The irony, says Landry, is that those same emissions were blowing right into his face while on the job.

"I went out one morning and you couldn't see 15 feet ahead of you. That's how bad the smoke was on the ground."

But it was worse the higher up you went. Landry is a boilermaker: a tradesperson who cuts, shapes, and welds steel to repair metal products or build structures. He worked high up on the boiler recovery project, where he claims he was most exposed. An unpredictable south-westerly wind was part of the problem. When it blew towards the workers, he said it pushed the toxic smoke toward them and made many workers sick.

Landry claims they were forced to work in the plume.

"They really bullied us to work in the plume," Landry recalls, speaking about the contractors running the project. "It was terrible the pressure they were putting on the men". 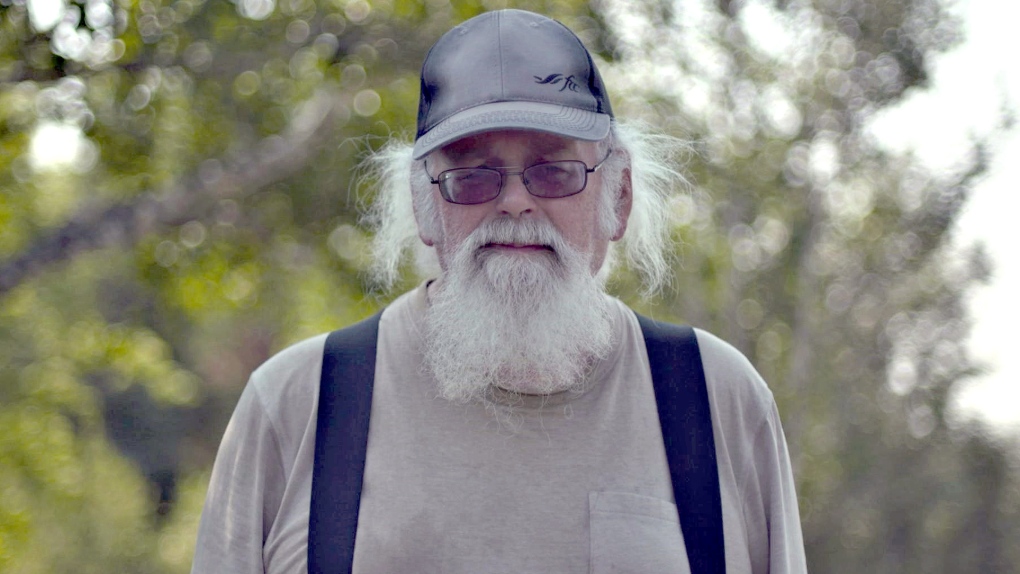 Gerald Landry blames the five weeks he spent working at the pulp and paper mill in Dryden, Ont., for causing his body to start shutting down, forcing him to quit work.Many former workers at the Weyerhaeuser construction site told W5 that they were unusually fatigued and some even passed out during their shifts.

Landry remembers his last day working there, when he developed chest pains. At the hospital, he claims 58 other workers from the job were also there, also waiting for oxygen. He quit shortly thereafter.

Workers like Larry Tudorachi stuck it out much longer because they desperately needed the work. The '90s were very hard in the region, with sawmills closing and mines dwindling; the resource sector was in a slump. A well-paying job close to home in 2002 was highly coveted.

"I blame myself for staying there," he told W5 in an interview, through tears. "I thought, boy, what a guy will do for a dollar."

Tudorachi was hired as a pipefitter. He recalled there were times he couldn't see his partner just ahead of him in all the smoke while working on a 20-foot pipe.

Tudorachi started to get sick as well, and began writing down his symptoms. Almost 20 years later, he lays out the crinkled pieces of paper with his notes, recording his symptoms: constant coughing, gnawing headaches, and three lost fillings, he blames on the exposure.

He described becoming exceedingly distracted and forgetting simple things like numbers. He said he still struggles with that to this day. Tudorachi had been in and out of paper mills since 1976, but says the Dryden project was different.

When the job began, he recalled, there were weekly safety meetings. But when so many workers were questioning why they were getting sick, the group meetings were cancelled. 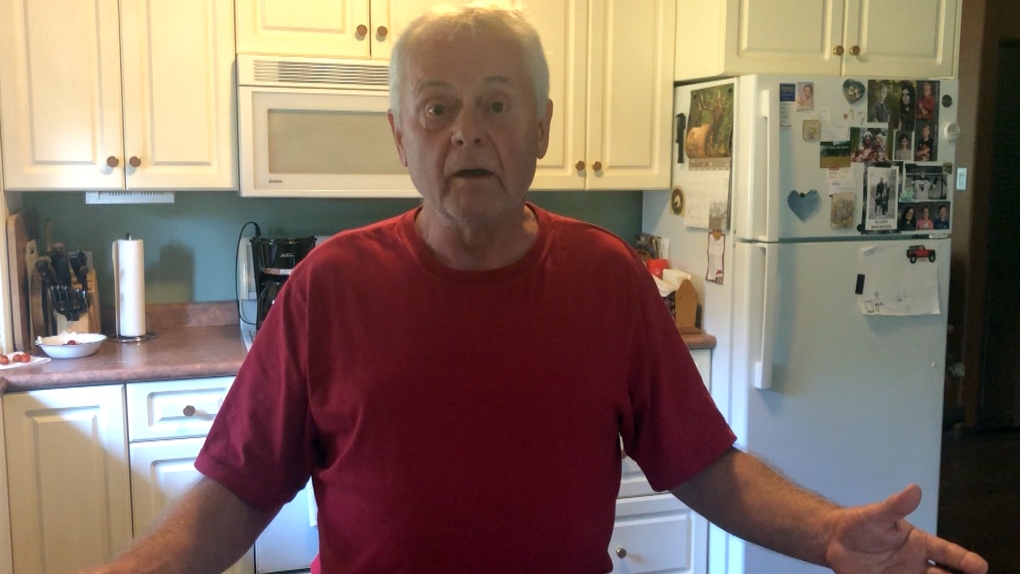 Larry Tudorachi was hired as a pipefitter at the recovery boiler project. He recalls that there were times he couldn't see his partner just ahead of him in all the smoke while working on a 20-foot pipe.Documents obtained by W5 through Freedom of Information (FOI) requests confirm that weekly safety meetings turned into smaller 'toolbox' meetings because a Weyerhaeuser representative says the larger group meetings "became opportunities to attack [safety consultants] and others personally."

Halfway through the project, on June 3, 2003, workers walked off the job, finally getting attention to their complaints.

Ontario's Ministry of Labour and independent safety consultants were called in to investigate. However, other than a few small exceptions, they found, "all readings for carbon monoxide, sulphur dioxide and hydrogen sulphide were below detectable limits."

Still, they ordered nine additional measures to ensure safety on site, which included external hygienists to test air quality, re-training of testers already on the project, and more equipment for air monitoring. Proper half mask respirators were also handed out. Still, workers were getting sick.

"We didn't know what was going on with us. We were waiting for somebody to tell us what we were sucking up."

Tudorachi said the bosses often referred to the plumes as a "cocktail."

"We wanted to know what was in it [the cocktail]," Tudorachi said. "Because we were falling like flies. And nobody could tell us why."

There were several other walk-offs in 2003. Documents from the time, obtained though FOI requests, show page after page of workers complaining about being unwell and demanding answers from the Ontario government, safety consultants, and Weyerhaeuser.

A labour ministry representative, Doug Burke, responded in one document: "Not all gases have exposure limits, we are doing the best we can and ensuring the limits that are in place are not exceeded. There are a lot of unknowns."

Dr. Noel Kerin tried to figure out those unknowns. A medical doctor, Kerin specializes in occupational and environmental medicine, working for the Occupational Health Clinics for Ontario Workers (or OHCOW) looked at nearly 400 workers and their symptoms post-project. He found clusters of problems in the separately evaluated patients.

OHCOW's 2008 assessment of 388 workers from the Dryden mill found the following symptoms:

Note: 266 workers were smokers and ex-smokers

"What jumped out immediately was changes to their functioning as people, their memory. They weren't as sharp," Dr. Kerin says. He is appalled that it took more than a year to get respirators properly fitted to protect workers; though not all workers wore their half mask respirators, saying they were difficult to breathe and communicate in.

Dr. Kerin eventually diagnosed 162 of the workers with Chronic Toxic Encephalopathy (CTE). Known in the football and hockey world for traumatic head injuries, it can also be a toxic brain injury caused by repeated exposure to chemicals.

"Workers were poisoned by chemicals. That's clear," Dr. Kerin says. "The science supports that opinion and the symptoms and signs that we found and those workers further substantiated it."

Ontario's Workplace Safety and Insurance Board (WSIB) did not agree. Even though it acknowledges a cohort exposure problem on its website, and compensated more than 200 people for issues like exposure, respiratory disease, and toxic effects, it ultimately rejected the CTE diagnosis.

In one workers' rejection letter, the WSIB wrote: "There is no evidence of exposure to significant levels of organic solvents to support the diagnosis of CTE."

Landry was one of the lucky ones who received some compensation, but only after three years of fighting for help and getting back pay in 2008.

Before that, he lived on his employment insurance until that ran out and had to go on welfare.

"We lost our hydro. Had no hydro or telephone my last five and a half months before I finally got entitlement from WSIB, so it puts you in a hard place," Landry said. "If I had to pay a landlord or a mortgage, I might have been out in the street, you know, living under a bridge or something." He says his marriage crumbled under the pressure.

W5 requested an interview with Ontario's Minister of Labour Monte McNaughton to understand why the ministry didn't shut down the site when so many workers were getting sick. His office never responded to that request, but a ministry spokesperson did send general guidelines about shutting down a worksite, which include "the toxicity of the airborne contaminants being evaluated, the concentration of these contaminants in the air, and the immediate hazard posed on the worker."

W5 also reached out to Weyerhaeusers' corporate headquarters in Seattle, Washington to ask about details of the construction project. Weyerhaeuser's Public Affairs Manager responded in an email saying: "Unfortunately, I do not have any information on this project since Weyerhaeuser sold almost 15 years ago. All of the relevant documents regarding its operation went to [the new owner] with the sale."

But when we followed up, to ask about the allegations of an unsafe worksite, Weyerhaeuser didn't return our repeated emails or calls over several weeks.

Ironically, Tudorachi blames himself for continuing to work on a job that was supposed to reduce pollution, but which he believes made him sick.

"The whole system is flawed. We were the sacrificial lambs. Get in there and get the job done, but worry about the safety later. Just get 'er done."