TORONTO -- It’s been more than a decade since Bruno Guevremont returned to Canada from his military deployment to Afghanistan. Like so many other veterans, Guevremont’s combat experiences took a mental toll.

During his second tour in 2009, Guevremont was part of a team that dismantled IEDs, or improvised explosive devices.

One incident, in particular, changed him. Guevremont says he was the first Canadian soldier ever to defuse a suicide vest on a living person. But it wasn’t the high degree of danger in that situation that affected him.

“The suicide bomber was mentally challenged. He had been told that if he doesn't do this, then they were going to kill his family,” Guevremont told W5 correspondent Avery Haines. “So that started playing with my mind.”

After his return to Canada, Guevremont suffered panic attacks and suicidal thoughts. He was diagnosed with PTSD, depression and anxiety. 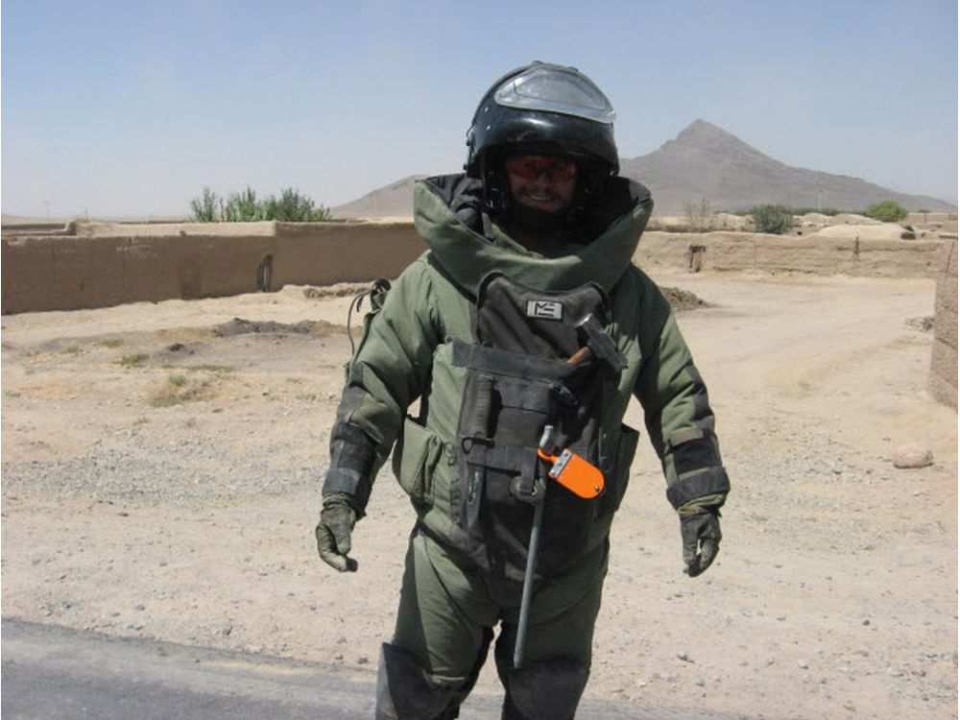 When talk therapy and anti-depressants didn’t help, Guevremont sought alternatives in an attempt to recover his mental health. He joined an Arctic expedition with other veterans in 2014, captained Team Canada at the 2016 Invictus Games, and became a mental health spokesperson for Bell Let’s Talk Day.

Then, in March, 2020, the COVID-19 lockdown sent Guevremont into a tailspin, and he contemplated suicide again.

That’s when Guevremont learned about an unconventional treatment for severe depression and PTSD, involving the drug ketamine.

Ketamine is notorious for being a hallucinogenic party drug nicknamed Special K, a veterinary tranquilizer and an anesthetic that’s been used in hospitals for over 50 years. But at sub-anesthetic doses, the drug has shown an ability to quickly reduce symptoms of depression and suicidal thinking, within weeks to hours. 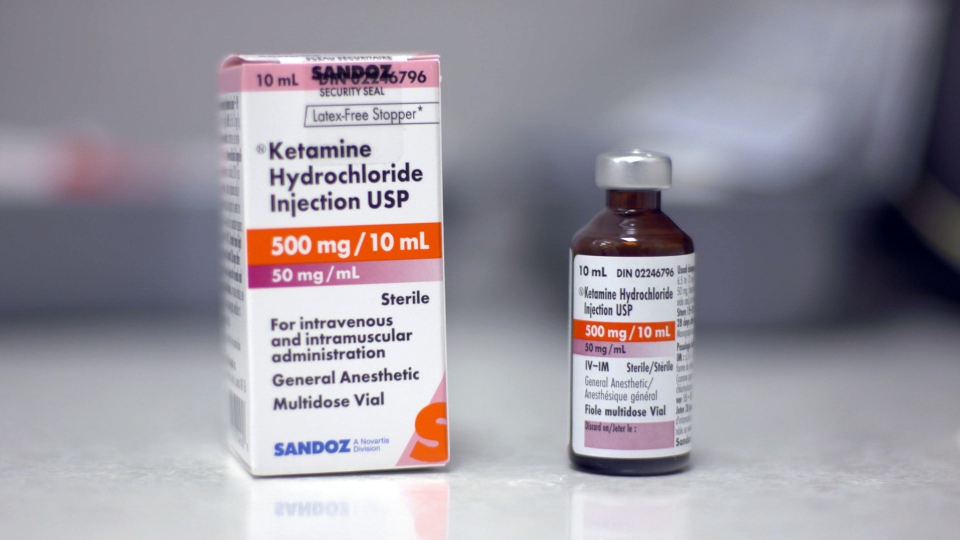 “The magnitude of improvement on the symptoms approaches in many studies between 40 to 70 percent improvement within a couple of weeks,” noted Dr. Roger McIntyre, a professor of Psychiatry and Pharmacology at the University of Toronto. In 2018, McIntyre founded the Canadian Rapid Treatment Center of Excellence (CRTCE) - Canada’s first private clinic to offer ketamine treatments for depression.

The Canadian Mental Health Association reports that approximately five per cent of Canadians are affected by major depression and more than 4,000 Canadians died by suicide in 2019.

Ketamine appears to be especially promising for people who have not had success treating their depression with conventional monoamine anti-depressants, which -- when they work -- also generally take four to six weeks to achieve maximal benefit.

“This is truly a breakthrough,” said Dr. McIntyre.

In November 2020, after his bout with depression, Bruno Guevremont travelled from his home in Victoria, B.C. to Field Trip Health, in Toronto - for orally administered ketamine treatment. 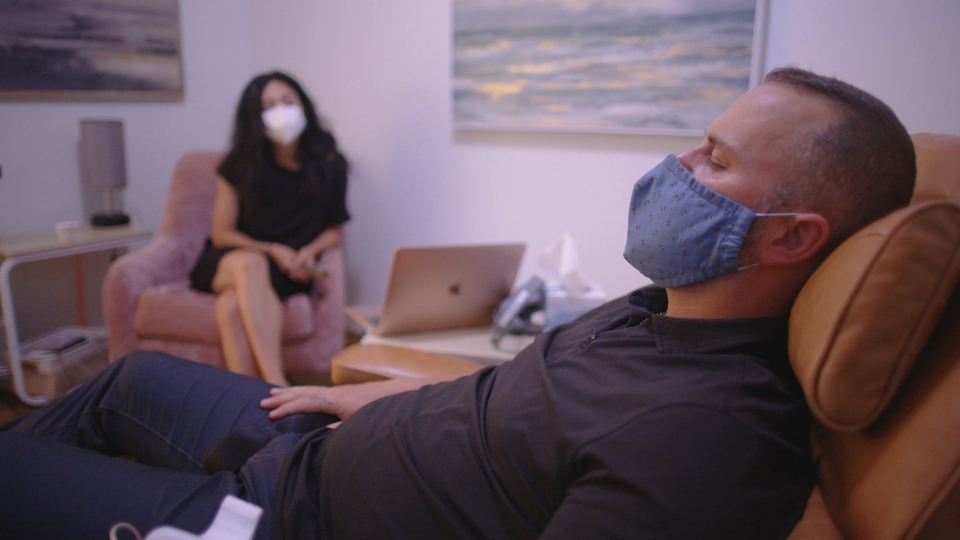 While ketamine’s anti-depressant effects are well documented, therapists at Field Trip Health also aim to maximize the psychedelic qualities of the drug and combine it with psychotherapy.

“The transformation doesn't happen within the session itself. That happens before and after, when you are working on your trauma, when you're actually making sense of it,” said Guevremont.

In 2020, Health Canada approved a ketamine-derived nasal spray for treatment-resistant depression and has allowed off-label use of the drug when administered intravenously or orally by health care professionals.

But a host of other illegal psychedelics and party drugs are also being studied for their therapeutic value. Among them, psilocybin, the psychoactive ingredient in magic mushrooms. Clinical trials with psilocybin have shown an improvement in symptoms for patients battling a range of disorders including depression and anxiety.

Though scheduled as a controlled substance, in 2020 Health Canada started offering what are known as Section 56 exemptions to patients with end-of-life distress so they could undergo therapeutic sessions with the drug.

Meanwhile, clinics that treat depression with ketamine are opening up across Canada. There are currently at least 12 private facilities and several hospital-based programs.

But ketamine treatments are not a “cure” or even suitable for everyone with mood disorders. Patients may be ineligible for treatment if they exhibit a history of psychosis, hypertension or substance abuse.

A typical ketamine treatment regimen involves 4 to 6 sessions over a two-to three-week period. Patients often need booster doses and the long term effects are still unclear, though researchers say there is little evidence to support addiction to the drug when it’s administered under medical supervision.

Also, the cost of private treatment isn’t cheap -- $750 per ketamine session and $250 for each psychotherapy appointment at Field Trip Health, and approximately $850 per intravenous infusion at the CRTCE.

But for patients like Bruno Guevremont, treatments with ketamine have offered a renewed outlook.

“Life is actually enjoyable, which is amazing,” he said. “I didn't want to be here. Now I do.”

If you’re in crisis, call 9-1-1 or go to your nearest emergency department.