Forty-seven-year-old Sheldon Guy has experienced hardship in his life – but when the B.C. basketball coach was told he would never regain his vision, he saw no way of coming back.

“Three weeks. Three weeks was the time frame that it took for my eyesight to go from something is happening to no vision at all,” he said.

In November of 2021, he noticed a change in his sight while driving through a tunnel.

“I saw nothing, no vehicles, I didn’t even see the tunnel side… my peripheral was changing so that led me to call my doctor, my optometrist right away.”

“I walked out and I said, I need to go somewhere right now. Somewhere private… I just let it out. I screamed, I yelled, I swore, I punched things. I got angry… I didn’t understand why this was happening to me. “

“Up until that point, I was holding out hope that the diagnosis was going to be something that was going to be fixable, treatable… when the doctor gave the diagnosis, there was just a lot of silence in the room. It was very unsettling and scary and devastating and just so many emotions running through me.” 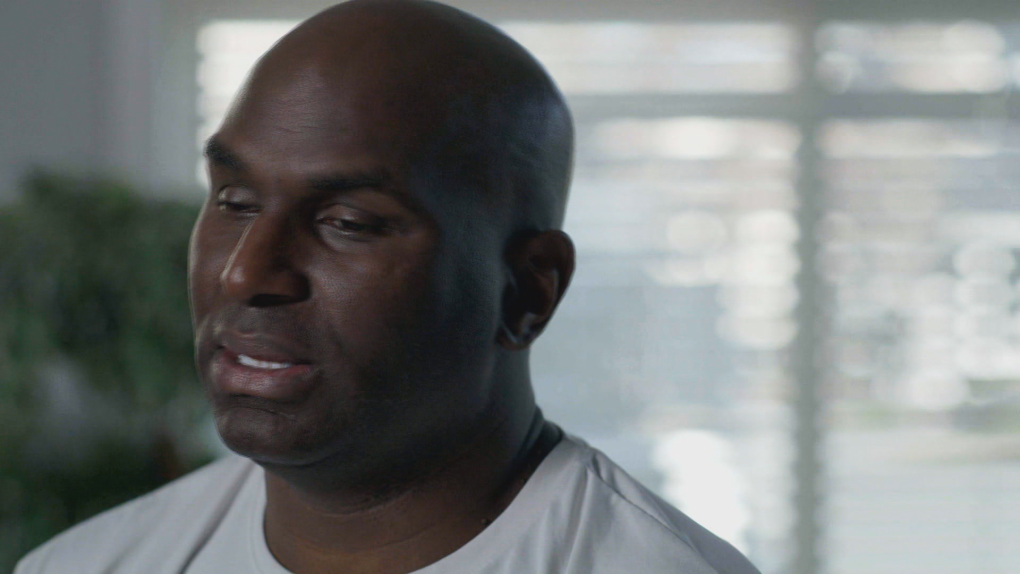 “I saw nothing, no vehicles, I didn’t even see the tunnel side… my peripheral was changing so that led me to call my doctor, my optometrist right away,” said Sheldon Guy, recalling the moment when he learned he wouldn’t see again.

Following his diagnosis, Sheldon returned to the hospital, completely despondent.

“I went face first into the bed. I don’t know how long I was there for. I’m gonna say an hour, and I was just crying. And I continued just to cry, and I remember there was a wall by my bed and I just curled up and I touched my knees to the wall, and I was just crying. I was in a fetal position and I just… I knew I didn’t wanna live like this… In my world and my thoughts, it was impossible, I can’t pivot from this.”

But endless support from Sheldon’s son Jaidyn and the girls Sheldon coaches encouraged him to keep going.

“And I said to myself, I can't do this, I've gotta pivot, and I gotta figure this out. And so, that's when I went into reactionary mode and put a different hat on.”

“He just knew in his gut that, you know, he needed to go back. He knew that there was a lesson that he would be able to show those girls, you know, to persevere, be determined. You know, don’t give up. Keep going,” says Chelsea.

So Sheldon persevered – he continues to coach the Langley Thunderbirds, now relying on his sense of sound and strong natural instincts instead of his sight. Most important to him is the message he’s leaving behind for his players – a group of girls he says have become like daughters to him.