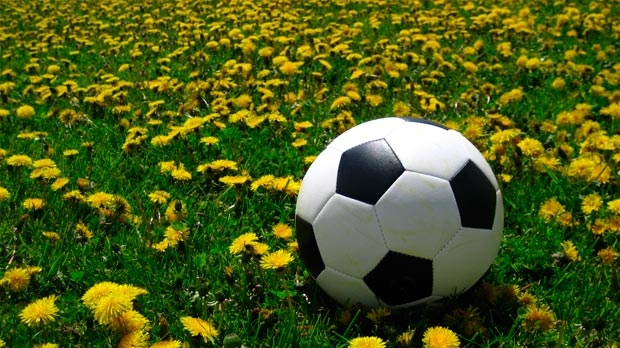 A soccer ball sits in a field, surrounded by dandelions.
TROMSO, Norway -

A Norwegian soccer club collaborated with Amnesty International and a former migrant worker in Qatar to launch a jersey Monday that highlights the human rights violations taking place in the host country of next year's World Cup.

Tromso, a team from northern Norway, has described itself as the first professional club worldwide to speak out against what it calls "inhumane conditions" in Qatar. In February, Tromso called on the Norwegian soccer federation to boycott the tournament if its national team qualified.

The team has now released a third uniform featuring a QR code that links to a page which "will give you more and more information" about what is happening in Qatar, Tromso said.

"We can't pretend football and politics are unrelated, and we must never look the other way when some use our beautiful game to overshadow human rights violations. We can change this together," the club said. "Stop sportswashing. Keep the game clean."

Tromso said Malcolm Bidali helped with the creation of the jersey. Bidali was a Kenyan security guard who wrote compelling dispatches under a pseudonym about the challenges of living as a low-wage worker in Qatar and advocated for their rights.

Qatari authorities convicted Bidali of sharing "fake news" and seized his mobile phone and social media accounts, right groups said. A migrant rights group covered his US$6,800 fine and he was freed from his months-long detention in August.