Naomi Osaka gets rematch as she returns to French Open 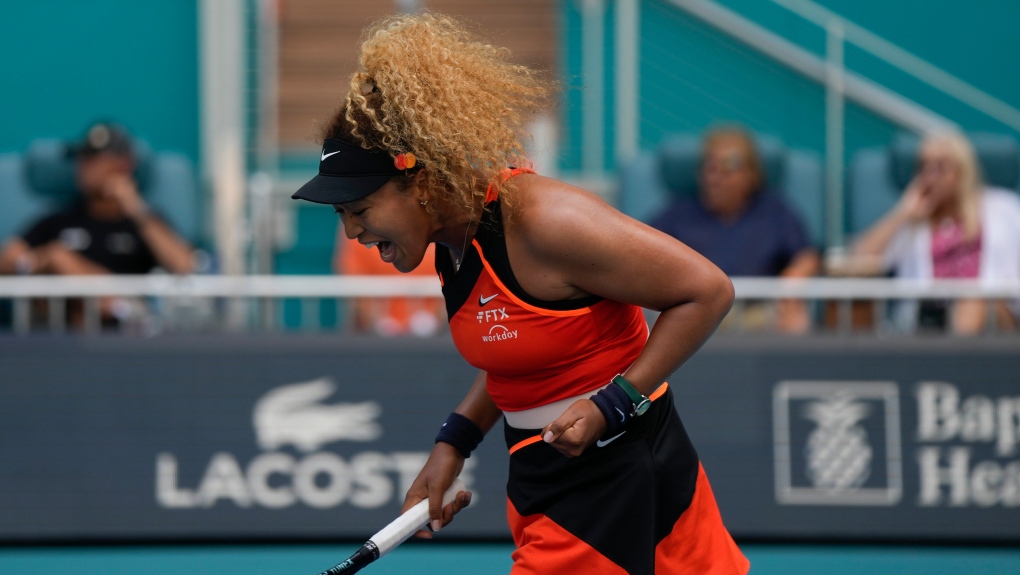 Naomi Osaka's return to the French Open will be a tough test against the player who beat her at the Australian Open, Amanda Anisimova.

They were paired in the bracket during Thursday's draw at Roland Garros for the clay-court major tennis tournament.

Osaka is a four-time Grand Slam champion who used to be No. 1 in the rankings but has slipped to No. 38 in part because of a lack of activity. That included time off for a mental health break after she withdrew from Roland Garros ahead of her second-round match last year, revealing that she has dealt with anxiety and depression.

Because she is not seeded at the French Open, where play begins Sunday, she was not safe from facing a seeded opponent right away, so that's what will happen against No. 27 Anisimova.

Novak Djokovic, Rafael Nadal and Carlos Alcaraz all were placed on the same half of the men's bracket.

Djokovic, who is the defending champion and seeded No. 1, could meet 13-time champion Nadal in the quarterfinals. Djokovic beat Nadal in the semifinals a year ago.

Nadal leads the Grand Slam title standings among men with 21, one ahead of Djokovic and Roger Federer. This will be Djokovic's first major tournament since last year's U.S. Open; he was not allowed to play in the Australian Open because he has not been vaccinated against COVID-19.

If that Djokovic-Nadal showdown happens, the winner could face No. 6 seed Alcaraz in the semifinals. Alcaraz is just 19, recently won the Madrid Open on clay and became the youngest man to break into the top 10 in the rankings since Nadal in 2005.

Alcaraz could meet No. 3 seed Alexander Zverev in quarterfinals. The potential quarterfinals on the other half of the bracket are No. 2 Daniil Medvedev against No. 7 Andrey Rublev in a matchup between two Russians who will not be allowed to compete at Wimbledon because of that country's invasion of Ukraine, and 2021 runner-up Stefano Tsitsipas against No. 8 Casper Ruud.