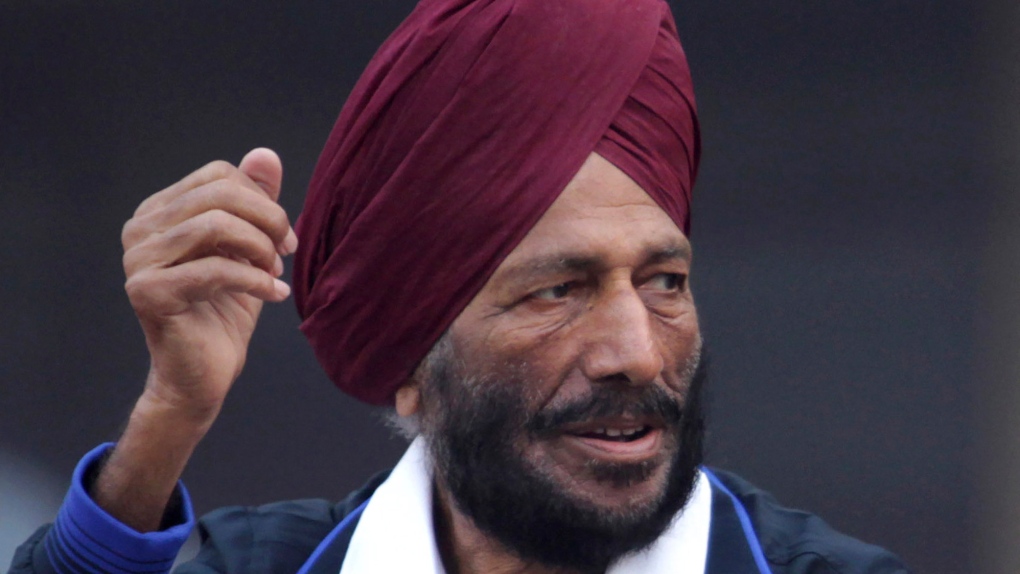 In this Dec. 15, 2013, file photo, former Indian athlete Milkha Singh waves to the participants during the Delhi Half Marathon in New Delhi, India. Milkha Singh, one of India’s first sport superstars and ace sprinter who overcame fought a childhood tragedy and became the country's most celebrated athlete, has died. He was 91.(AP Photo/Tsering Topgyal, File)

Legendary Indian sprinter Milkha Singh has died at the age of 91 after a month-long battle with COVID-19, according to a family statement obtained by CNN affiliate News 18.

Known as the "Flying Sikh," Singh was one of India's most successful track and field athletes.

Singh contracted COVID-19 last month and was being treated at a hospital in India's northern city of Chandigarh. He died late Friday after developing complications including fever and dropping oxygen saturation levels, according to News 18.

"He fought hard but God has his ways and it was perhaps true love and companionship that both our mother Nirmal ji and now Dad have passed away in a matter of 5 days," the family statement said.

Tributes to Singh flooded social media on Saturday, with Indian Prime Minister Narendra Modi saying he was "anguished" by the news.

"We have lost a colossal sportsperson, who captured the nation's imagination and had a special place in the hearts of countless Indians. His inspiring personality endeared himself to millions," he wrote on Twitter.

Indian President Ram Nath Kovind said the death of the country's sporting icon filled his heart with grief. "The story of his struggles and strength of character will continue to inspire generations of Indians," he tweeted.

But the regret of not winning an Olympic medal always haunted him.

"That race in which I made a mistake, I can never forget or let go for the rest of my life. I have run 80 international races in my life and won 77, but the Rome Olympics, it was one race I will never forget until I die," he told CNN in 2011.

Born in 1929 in Govindpura, a small village in what is now Pakistan, Singh grew up in what was then British-ruled India. As a teenager, he lost his parents in 1947 to a tumultuous partition that created the two neighboring sovereign countries.

"The kind of hardship I've seen during partition, you'll never understand that," he told CNN previously. "My parents were killed right in front of my eyes. They were murdered, right there."

He fled to India by train, hiding under the seats in the ladies' carriage. In New Delhi, he joined the Indian Army, where he started his running career.

In the passing away of Shri Milkha Singh Ji, we have lost a colossal sportsperson, who captured the nation’s imagination and had a special place in the hearts of countless Indians. His inspiring personality endeared himself to millions. Anguished by his passing away. pic.twitter.com/h99RNbXI28